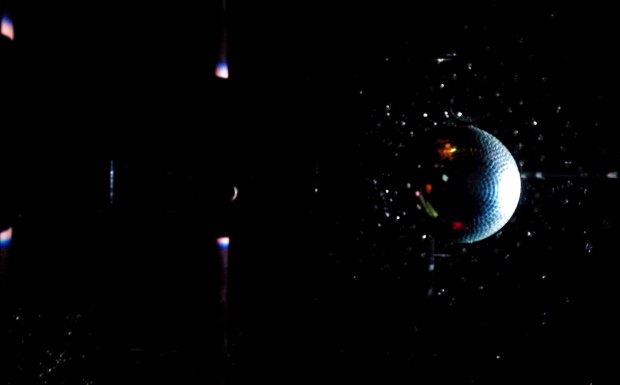 “You are on the cusp of something sublime, awesome the way awesome was in the seventeenth century.”

Backtrack to ’97. Spring Fling; you’re wearing semi-baggy jeans (JNCOs, with the cuffs rolled up) and your pockets are lean, firm, absent of any bulges. There aren’t many cell phones if you are twelve in ’97. As you look around, trembling among a swirl of black and gold balloons, you catch her gaze.

Before you know it, you’re grinding up against her—Rachel Bramsky, she of the JV cheer-captain mystique, tube-topped and navel-ringed, and the tiniest smile of a thong peeking up when she turns around—nodding your head in the darkness, trying to look into her eyes when she isn’t looking back, trying to hold back the burning feeling in between your thighs, trying to do too much and not anything at all; it’s happening, you think. It’s happening again, as “Backstreet’s Back” segues into K-Ci & JoJo, and Rachel Bramsky seamlessly brings her hands from your hips to your neck, clasping you closer, realizing (how could she not?) you’re erect, completely and utterly taut, on edge, and you’re at the slow dance, you’re slow-dancing deeper into the October evening as parents you recognize from soccer games pace around you like hawks, hands on hips, frowning.

The back of your neck and the small of your back are damp, tingly, a little bit hot, just like the first time you watched Melrose Place. You see a big stage and people dancing on chairs. Somehow, you’ve wandered into Rachel Bramsky’s memory of her Bat Mitzvah. You weren’t invited. But she was (of course) and you can picture everything as if it were just last week (it was), as if you were actually there. You are still waiting for your invitation, about to ask if it was lost in the mail when Rachel Bramsky makes a move to brush her small, delicate fingers against your hard-on, smiling, maybe even laughing, and you debate whether to masturbate in the boy’s locker room (only a glide and a few hops away, you consider, measuring the route through the corner of one eye), or wait until “All My Life” is over.

Rachel Bramsky is placing your hands on each cheek and whispering something you can’t hear in your ears. You feel the faint spits of saliva, the hum of words, the spaces between each sound. She rests her head on your shoulder while your hands fumble for leverage. You wonder if she wants you to clasp or squeeze, or whether the invitation was actually unintentional. You wonder what the rest of her thong looks like.

It’s Friday night and you can make the image last all weekend. Friday night, TGIF, and now you imagine those lovable twins, Uncle Jesse’s wife (another hard-on)—what is her name again? Her real name?—and Boy Meets World—you are back to grinding; you’re sweaty and hot but you’re doing great, crip-walking and heel-toing, and you might even throw yourself into the breakdance circle a few feet away, erection and all, bouncing around in something that resembles a worm—and of course, Family Matters. What would my mother think? you wonder, as the title and characters ripple forward, credits rolling, with the gentle intro “As Days Go By” playing over the Notorious B.I.G. rap that is actually playing while Rachel Bramsky keeps touching your hard-on, unashamedly, with conviction, really grabbing at your balls until you think you might explode. Until you think you might just die.

The universe is gradually unfolding like an accordion, or else opening up, expanding, like the time Urkel landed in the opening scene of Step By Step, on a jet-propelled flight pack no less. Does that kind of technology even exist?

The last thing you remember is your head hitting the ground, your jeans halfway unzipped, your arms flailing on the cold gymnasium floor, a fish trying to fly. “Hypnotize” still blasting and making the rafters shake. Somehow, you knew it was always going to be like this. Fallen, you can’t get back up.

You never really have.

Chris Campanioni has worked as a journalist, model, and actor, and he currently teaches literature and creative writing at Baruch College and the College of Staten Island. He was awarded the Academy of American Poets Prize at Lincoln Center in 2013 for his collection, In Conversation, and his novel, Going Down, was selected as Best Debut Novel for the 2014 International Latino Book Awards. Find him in space here: www.chriscampanioni.com