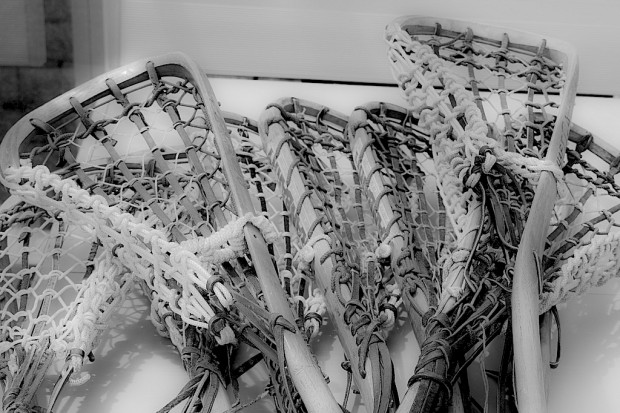 Bullied by black kids for acting white. Bullied by white kids for being black.

“Lacrosse?!” He sucked his teeth and kicked some gravel in my general direction. “That’s a white boy sport.”

I could only stare at the ground, cradling the stick my mom had worked hard to get me, but that I was still ashamed of because it wasn’t as nice as the other kids’. I guess he wasn’t wrong. Dudes who played this shit were named Tad and grew up to work for investment banks (after playing lax in college of course). But, I was still compelled to defend the sport’s honor against this clear affront to my attempt to gain proximity to whiteness.

I remember his stare-down being the first time I felt ashamed of who I was. It was a look of incredulity, with a dash of disgust, that I would almost grow accustomed to on the journey of figuring my self out. Though this was not my first bully, he was surely my most committed and most brutal. He was three sizes bigger than me, and I couldn’t see it then, but the pain of not having his father around, of having an overworked and thus inattentive mother, of god knows what else, was being reconfigured and hurled at me with all the force his pre-teen body and mind could muster.

“Why you act so white all the time?!”

I didn’t have an answer satisfactory enough to avoid getting punched in the sternum at eight years old, and I’m not sure I have one at 30. I’m still not sure what “acting white” truly means. Enjoying different types of music, more often than not leaving the -g on my gerunds and possessing knowledge of obscure, mostly useless shit has to be only the smallest part of it.

My whole life, American society has tried to beat into me, at times physically and at others psychically, what it thinks “acting black” should look like for me and mine at any given moment. Today, sometimes nearly drowning in the deluge of black pain and death at the hands of police and vigilantes alike, the corrosive effect of loss by proxy amplified by an “always-on” internet, I feel very black indeed. If I walked into a gated community in North Baltimore at 9pm, I’d feel black as fuck after the first dozen cop cars had been called on me. The last time this actually happened, it was seven cars. I was 18, it was late and a scared (racist) old lady called them on my ass. I was canvassing to help raise Maryland’s minimum wage.

No matter how black or white I’ve acted, I’ve always been a nerd. From the time I was five, my head was way too big for my body, physically and cognitively. The gift and curse of being “young, black and gifted” got me skipped ahead from kindergarten to first grade in a middling Baltimore public school, and as soon as I landed in Ms. Emerson’s classroom, intermittent nosebleeds and my down-market Cosby sweaters as my faithful companions, I had a target on my back. After being shoved around from the jump, in class with kids appreciably older and bigger than me, I’d taken on a protector, my own Whitney Houston-Kevin Costner bodyguard deal. But strangely, his nosebleeds were even more frequent than my own, taking him out of action and costing me dearly on the playground behind school.

After being stabbed in the roof of my mouth with a pencil by a kid who was pretty much the 1st grade equivalent of The Joker, my parents had seen enough, pulling together all their resources to get me into a private school. While I was certainly aware of my blackness in that elementary school, it wasn’t until moving on to another private middle school that it would become a liability. My new reality: Crude nooses on the crossbar of the soccer goal, being referred to as “Nigger #1” (or #2 as the case may have been) rather than my name when trying to make friends among this new crowd and generally being made to feel as though no matter what I did with myself, at that school or beyond, I’d always be trash.

In the same year of the Columbine shooting, I would bring a bullet (albeit a tiny one I’d found randomly in my dad’s sock drawer) to school to intimidate a white kid who’d called me nigger, with that self-satisfied sneer that it might just be impossible to relate to a white person who’s never felt its sting. In short order, I banded together with the handful of other black kids at school and began to retaliate, kneecapping and shooting rubber bands at the white boys at recess. We called ourselves the Wolfpack. Growing older, what I once thought was just us mimicking “Attitude-era” WWE antics was really us just coping with being black faces in a very white space. Likewise, years before, when I’d joined in, and then led the charge in bullying a kid at that elementary school, a kid who’d really done nothing to me, I was truly just pouncing on him to keep the heat off of my own black flesh, the only chocolate one in the class trying to remain invisible to persistent predators.

As an adult, my parents have asked why I didn’t tell them I was dealing with all this. The thought never crossed my mind. Or rather, it did, but it was a fleeting notion, entropic and doomed, like tissue paper meeting a crack lighter. I just thought this was how things would be. This was my “normal,” the price of the privilege of a top-tier education: dealing with white shittiness, mostly from students and sometimes from teachers, and being made to feel like my blackness was a problem. When my bully had been black and singular, I had cried to my dad. I’d seen him as fearless and indestructible, a survivor of the war in Vietnam and the war at home, and I relied on him to straighten things out when that bully who hated lacrosse had threatened to hurt my baby sister and pet iguana. But I honestly felt like even he and my equally strong mother didn’t stand a chance against the might of this bastion of white privilege, achievement and access. And certainly not against the word of a white member of its esteemed student body.

One thing us black males are taught, often by other black males, is that we should never put ourselves in a position where we could be viewed as weak. Never cry. Never submit. Submission spelled death for too many of our forebears, and you don’t wanna end up like them do you, swinging from a tree or dragged behind some truck, huh? HUH?! And “acting black”certainly doesn’t involve being bullied. Stand up for yourself god damnit! Be a man! Even at eight years old. Or 12 years old, like Tamir Rice was when he was killed by cops for holding a toy while actual, open-carry, closed-minded (white) men tote AR-15s in airports like it’s nothing.

Maybe little white boys are given a similar run-down. But having gone to private school for 12 years with mostly little white boys and girls, I’m thinking not, or at least, not in such dire terms. SURVIVE NO MATTER WHAT was never stuffed into their backpacks before being rushed out the door each morning; TAKE NO SHIT was not packed with neat little lunches; BELIEVE IN YOURSELF AND BE TEN TIMES BETTER THAN THE BEST OF THEM BECAUSE THAT’S THE ONLY WAY YOU’LL SUCCEED was not whispered into their ears at bedtime by mothers at once loving and terrified of what the world had in mind for their babies. And I didn’t consider it as a kid, but I now know that this burden weighs even more heavily on the shoulders and backs and braids and brains of wide-eyed little black girls to be sure.

A recent sighting on Twitter of the #BlackAndBullied tag has thrown into sharp relief just how much I didn’t have to endure being a black boy. The handful of tweets using it are heartbreaking, some I can relate to (“#BlackandBullied ‘haha, you’re black!’ was a comeback. 3 words, huge implications. Everyone laughed.” -@rxxxds) and others, not as much on account of being a cishet able-bodied male (“#BlackandBullied always feeling excluded in the LGBTQ community because you’re black” -@MADBLACKTWINK; “ ‘why are you so black’ ‘you’d look better if you weren’t so dark’ ‘i don’t like darkskin girls’ #BlackandBullied” -@fkaasha). Both black boys and girls are expected to be strong, indestructible even. This is supposed to be no big deal because we are naturally equipped to handle it. The cost of this fallacy is high.

Only in the last few years have I realized that most of what I’ve dealt with, though it’s taken some healing over the years, wasn’t shit compared to what black girls in my situation had to deal with, or black girls and women have dealt with forever-ever. There are mothers, daughters, sisters and wives, who, as Gladys Knight sang on “Guilty,” have “One strike for being female, two strikes for being black.” On that track off of her 1999 album “Just For You,” Gladys also points out that, unlike professional fraud and unwitting performance artist Rachel Dolezal, my mom, my friends, my sisters and millions of others here and abroad will be “Female and black, ‘til the day they die.”

The mental toughness and resilience built up over generations of grinning, bearing and fighting back, black privilege as I define it, is doubly strong in the souls of black women. I’m almost ashamed to say I didn’t get that until recently. All that I’ve dealt with over the years, equipped with Level 12 Male Privilege Armor, doesn’t have shit on what black women and girls have dealt with, and are continuing to deal with. Whether it’s on a playground at 12 years old or during a traffic stop on a lonely suburban road at 28, we can still be made vulnerable by a system that benefits from our vulnerability. As a people bullied (and worse) by a culture that’s never truly accepted them, our strength and healing shall come from unity.

Kasai is a writer living in his hometown of Baltimore, a town as grimy as it is magical. Analyzing race, gender and class in America and abroad, his essays and reviews have appeared in Abernathy Magazine, Vice, Salon, Good, Gawker and Baltimore City Paper.