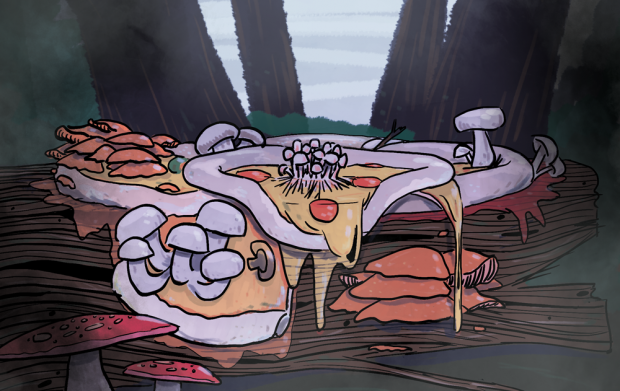 Another Millennial Winters in His Parents’ Attic

and we went on missing
those shadows for months. Snow

whirled all wherever; directionless is what
people say when they mean something
closer to the opposite. I was unsure

if I had slept, so I must have — in
that cat-torn chair or sofa long taken on
an impression of some other sleepy sibling —
as our dog in the pantry hunted
the amber interstices of his own wakefulness.

I go out at night,
I say I’m around

like it’s a gift
to people to whom
I’d never give gifts,

and later at night
I go back in.

Winter siphons this cigarette out
an attic window, and heat I don’t pay for follows
almost as an afterthought — sorry. Father,

do you really think a grown man can grow
tired of me faster than I? Your whole
home moans with our insomnias.

Technical Difficulties at the Eulogy for Jiroemon Kimura

Good morning all of you, here I am

the rest — are here too, because yesterday
our oldest living father stopped breathing
in his hometown hospital and became briefly

our youngest dead son. Of whether either
is in attendance or receptive to our broadcasts,
nobody here was able to tell me anything,
so there is nothing I can say to reassure you

in that matter. Unfortunately, technical
specifications respecting this apparatus are murky
or opaque. We know only that it is
shrouded, as even our most simply designed
machines must be, to work. Even now,

for example, these words which are clear to me
ring in a voice distorted beyond recognition,
and whether hearing is possible for any of us here
in the back or front or even middle is unknown, as all
affirmations are mute behind this backfeeding hiss

which we fear is our only offering. I apologize;
it is very crowded and warm and loud in here,
and the best thing any of us could hope for
is a quick departure. But I would not, nor would I

have you, rush toward anything ever,
so allow me to leave with you, in closing,
one of science’s many facts to ponder

in your tending to the hall’s only exit:
The mycelium is a part of the mushroom

that few of us ever see. It reaches faintly out —

beneath our fields of farm and play, and sprouts

uncertain things are made separate in the shade.

Andrew Dally lives in Durham, NC. He writes poetry to avoid writing software and plays guitar to avoid writing poetry. Andrew is excited to be publishing his first poems in Blunderbuss Magazine.