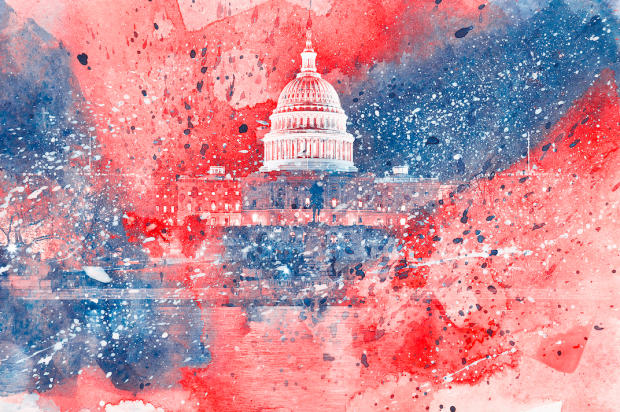 For Art, If Not for Democracy

“Would it be so bad, if art didn’t make us better citizens, and didn’t strengthen our democracy?”

This article appears in Blunderbuss Magazine’s new print edition.
Subscriptions are available on our Patreon page.

I have been asked—by the lovely and talented editors of this very magazine, no less—to talk about art, and specifically the art I do, and what it might have to do with democracy. I have spent the last few weeks putting off writing this, not only because, as a writer, I am an inveterate procrastinator, and not only because I recently moved to a larger apartment to make space for my two-year-old daughter, but because I am not sure what I have to say about these things. And I am horrified at the prospect that I might have so little to say, because I have dedicated my entire adult life—scratch that, my entire life since the dawn of puberty— to the intertwined strands of art, culture, and politics. How could it be that I have nothing to say about the braid that has wrapped around me over these last 25 years?

From the moment I was a professional artist—at age 12, sorry, I have to brag sometimes, it’s what I do instead of making any actual money—I was also swept up in politics. I was a child actor, you see, and the first show I was cast in was Falsettoland, about an American family in 1982 whose (gay) patriarch reunites with his ex-lover just before that lover dies of AIDS, except it isn’t called AIDS because in 1982 no one knew what it was. Falsettoland played for 100 performances (sorry, bragging again) right before the AIDS Quilt came to the National Mall. AIDS advocacy and gay rights became the beating pulse of my life for years.

This was a good time to be into political art. The Reagan Era was ending, the Clinton Era was about to begin. You could feel a sea change occurring in American culture, particularly in its view towards gays and the AIDS crisis. For those of us who worked in theater, this was incredibly gratifying. The American Theater was, for once, substantially ahead of the curve. Indeed, because the AIDS crisis hit the American Theater so hard—ask people who were working then and you’ll hear the phrase people just started disappearing over and over again—that the stage also became the prominent art form for responding to the AIDS crisis. There’s a reason why we have the subgenre “AIDS Play” but not “AIDS film” or “AIDS album.”

Now, 25 years later, I’ve just finished a year in which I wrote and directed a multimedia performance piece about conspiracy theories in the national consciousness, directed a show about Donald Trump, and I am about to start writing a book about Angels in America, one of the greatest works of American political art in any medium. So clearly, I must believe on some level that art has an important role to play in democracy.

After all, if you talk to just about any arts advocate they’ll probably tell you that art is vital to the functioning of our democracy. Just think of the Ancient Greeks!, they’ll implore you, their fingers first grazing and then eventually pinching your wrist with a kind of need that gives them superhuman strength. To the Ancient Greeks, going to the theater was a sacred act! A duty! Part of being a citizen! It was there that they confronted the major issues of the day, and had catharsis! And that made democracy work! I don’t know exactly how, the causal link is actually totally obscure to me and everyone else, but hey! Democracy and Drama arose from the same society and the same time, so they must be linked! Maybe it’s something about, I don’t know, synthesis? Plato knew art was powerful, that’s why he wanted to ban it in The Republic!

Democracy and art probably are linked by more than just historical coincidence. But the older I get, the more this link seems totally obscure. How does going to a play make you a better equipped citizen? Yes, we understand the world through stories, and the stories we see affect the stories we make in our minds, but it doesn’t follow that therefore all stories are good for democracy. If anything, this could be an argument for censorship, for making sure only the right stories reach us, and for evaluating—as the internet often likes to do—all works of art for their politics, ignoring completely issues of aesthetics. Democracy may not need art, in other words. And it’s clear that art doesn’t need democracy, or basic democratic freedoms, to flourish. Democracy did not give us Dostoyevsky, or Chekhov. Shakespeare had to submit his plays to official censors. I’ve heard Romanian theater directors bemoan the fall of Communism because no one cares about their work anymore. Theater there they said has become less vital, both because it’s a local art form in a global age, and because it no longer serves as a vital, subversive, gathering place.

Nationalism and Art, on the other hand, now there’s a link you can get behind.  After all, don’t the arts tend to flourish and get the patronage dollars they absolutely need to survive at times when countries wish to demonstrate their greatness? Athenian drama was also an excuse for the wealthy to show off their ability to fund playwrights, after all. Queen Elizabeth—a ruler who was not elected last time I checked—instituted many reforms intended to give her great nation the great culture it deserved.  The nation of Denmark did a similar thing within our lifetimes. Having realized that there was no homegrown Danish playwriting scene, the government created one from scratch by watering the land with grants. Playwriting became a good middle class job and, lo and behold, they had their own vibrant theatre scene within a generation.

Without the Cold War, it’s hard to imagine we’d have the National Endowment for the Arts. Indeed, many of our most individualistic art forms—Jazz, Abstract Expressionism, atonal classical music, The Paris Review—were funded and feted by CIA front groups. JFK (who liked baseball, not the symphony) saw in the arts an opportunity to communicate the message that America was a land of intellectual and cultural bounty, a place where freedom encouraged the best art on Earth.

Is it really a coincidence that we gutted the NEA within a year of the fall of the Berlin Wall? Was it really the rise of the religious right, and the offense they took at the NEA-4? Or had we artists simply served our purpose, the purpose of helping to codify what American Democracy meant, of advertising for the freedoms that could be found once the scourge of Communism was rid from this Earth?

Back in the 1960s, we didn’t make the argument for art this way, of course. We didn’t say “Hey, we’ll make a great advertisement for American values!” No. We instead talked about the ways in which art educates, edifies, uplifts the human spirit, makes us better citizens of a democracy. Now we’ve modified this schtick and we instead say that music makes us better at math and stories help us learn empathy, empathy being our latest term for “virtue,” morality for a secular age. Nowhere is this more visible than in our love of the sociopath, who is simply the demonic force of a more Christian time repackaged for an age when everyone (including me) is in therapy instead of church. Now, the sociopath lacks “empathy” instead of goodness. Now, stories instill “empathy” instead of virtuous life lessons. A book is bad if its characters aren’t “relatable” or “likable.” We must empathize with them, our ability to do so is our way of testing their worth.  Thus we have our million TV antiheroes, except their concept of anti-heroism is out of date. If they were really antiheroes for our age, instead of not caring about society’s rules, they wouldn’t care if anyone liked them. Then they’d really be monsters.

Would it be so bad, if art didn’t make us better citizens, and didn’t strengthen our democracy? Car mechanics don’t make us better citizens and their work doesn’t strengthen our democracy and no one seems to mind. Perhaps our desire to see art as an important part of democracy stems from our insecurity about being artists—or about enjoying art.  Now, we need for our art to have an instrumental purpose since we’ve given up arguing that it has intrinsic value.

Ultimately I am left adrift on a particularly dumb and unhelpful raft: I make politically-minded art because art is personal and I am a political person. This is both true and feels like a cop-out, but this cop-out is caused by another truth: At some point, art becomes impossible to write about, to articulate in words. Art will not be contained, particularly by language, this awkward, beautiful method we have developed for mediating our experience. And because there is something to art that is not articulable, it will resist, always resist, our efforts to make it serve some instrumental purpose. The Athenians must have understood this, for even though they made drama central to the understanding of what an Athenian was, the God they celebrated with plays was not Apollo, the God of music and truth, but Dionysus, the God of drunkenness and anarchy.

Human history and experience demonstrate that we need art. We need to make it. We need to experience it.  If art strengthens democracy, or makes us better citizens, it is only by accident, a side effect of this need, this hunger we have to transmute the world through a mysterious alchemy from the base metals of sensory experience into something strange, indescribable, more alive than life itself.
____________
Image by Nicolas Raymond & Lara Mukahirn / Flickr.

Isaac Butler is a writer and director. Recent projects include directing Mike Daisey's THE TRUMP CARD, which toured extensively throughout the United States, including runs at The Public, La Jolla Playhouse, Woolly Mammoth Theatre Company, The Guthrie, and The Town Hall, and writing and directing Real Enemies for BAM's Next Wave Festival, which was named one of the best live events of the year by the New York Times. He is currently working on his first book, The World Only Spins Forward: The Oral History of Angels in America, co-authored by Dan Kois, which will be published by Houghton Mifflin Harcourt in 2018. His writing has been published in Slate, The Guardian, Blunderbuss, American Theatre, Flavorpill, and others.