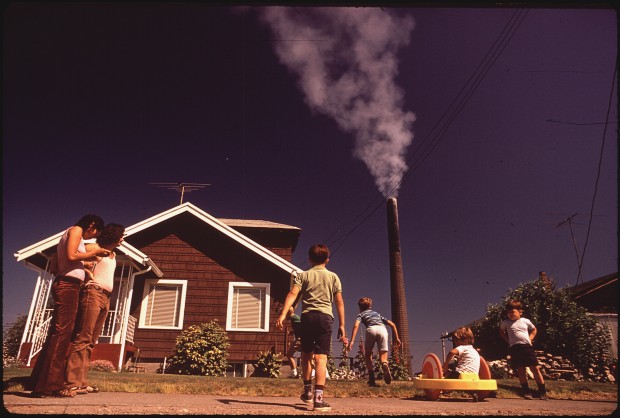 Improvisatory Jazz on the Sound System, Weekend C-Span on TV, People Inclined to Be Listening, Some Kind of Time Rounding the Clock

The physician who writes exquisite pieces announces, There’s nothing more intimate than having one’s hands inserted in another’s belly. A progression happens, taking on life, as architectural construction continues in the empty place where everyone interconnects.

It turns out the book First Man describes walking on the moon, months of “zero gravity indoctrination,” and the man who was first losing his father when he was eight. A talking stream of notes flames up and resonates in molecular design making fractal Mandelbrot math possible to see, with chords settling their differences in the fractal complexity of plants as they grow.

The brothers Crude Oil and Coal, as close as they are to being history, as similar as all of us are, must know looming in the future is an invisible country where minds have cleared and all people are cared for. While intent in this world means everything, what’s done has been done, whatever reasons revolve around a tiniest enabling a larger, or vice versa.

A state senator from somewhere declares, None of these liberties mean much after you’re dead, though who knows what he said before, as if meaning in the present hadn’t come from the long-range future, as if a hard rain hadn’t been drinking from rivers where light goes once it’s done.

James Grabill’s poems have appeared in periodicals such as Harvard Review, Terrain, Urthona (UK), Shenandoah, The Oxonian Review (UK), Stand (UK), East West Journal, and The Common Review. His books include An Indigo Scent after the Rain and Poem Rising Out of the Earth. He teaches "systems thinking" relative to sustainability.