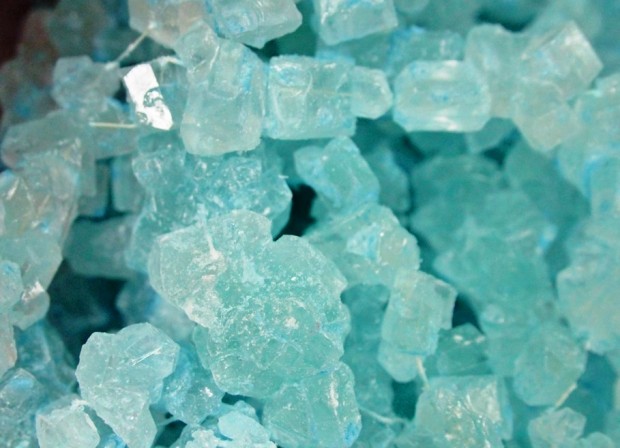 Sometimes, the nice young man from that other TV show on the same cable network comes by. He tells me he’s on a cooking show, although, when I ask him what he cooks, he laughs and says: “You won’t understand, yo.”

My job in the show is to keel over and die at my desk. That much I’ve always known.

Look, it says right here, on my script, in this scene with these people hovering around me, including a ridiculous one honking her nose into a big white handkerchief. My existence and spectacularly unglamorous workplace demise is–I am under no illusions–merely a catalyst for the suave male lead and the Sophia Loren lookalike they just hired to get together.

Still, it wouldn’t have killed those other characters to have asked me out for a drink once in a while, would it? All these glorified secretaries, slogan writers, salesmen who have dubbed themselves “creative.” Look at them now, swanning around in their thrift store-sourced vintage finery, looking through me like I’m glass. No “Ida, how are you?” or “may I get you something from the sandwich cart, Miss Blankenship?” Nope. Zilch. Nada.

Well, I was young once, too, all right. And quite stunning, if I may say so myself. When I made my debut in duchess satin and elbow-length gloves, that Roger was a pimply reedy thing, trying his luck with all the girls like a greyhound going from tree to tree.

I know better, and might have been persuaded to give them timely advice. Too bad I am invisible to them. Not part of their hippy dippy little club. An aged, pickled curio. Don’t suppose for a moment that I haven’t heard them giggling behind my back, at some dumb “hell cat” comment someone once made. They snigger at my sensible orthopaedic shoes and modest A-line skirts, these girls with hemlines so short they get the grid pattern printed on their bums after they sit down on one of the new-fangled plastic chairs in the staff lounge. When I approach, they look away, sucking on their cigarettes like children on soda fountain straws.

So, after work, I no longer wait around to be invited for anything involving these young people’s exaggerated mirth. To join them for their martinis, old-fashioned’ses, whisky sours, gimlets and other pretentious cocktails. Who wants to sit around in smoky speakeasies, squashed into a booth, letting male colleagues sneak a hand up your leg? Been there, done that.

Instead, I walk home, in the grey off-set hinterland–away from the street scenes, decorated-to-the-hilt anal-retentive interiors, claustrophobic oak-panelled moth-eaten velveteen bachelor pads – to where characters’ off-duty homes exist in limbo. Our homes are unconnected by roads, just foggy patches of dreams soaked in snatches of dialogue. We tiptoe from one halo of gaslight to the next.

Sometimes, the nice young man from that other TV show on the same cable network comes by. He tells me he’s on a cooking show, although, when I ask him what he cooks, he laughs and says: “You won’t understand, yo.” Blond hair, blue eyes, said his name is Joshua. Or was it Jason? Anyway. He does say that a downside of the job is having to work with some creepy bald guy.

Actually, he used a more colourful term than that, but I tut-tutted and said I would not stand for such language in my parlour. It’s one thing to be stuck with a serial philanderer at work – one must simply be as professional as one can – it’s quite another to come home to listen to a little boy in baggy pants spew vulgarities. But Jonas got it. Said: “Sorry, Ma’am. Won’t happen again.” And then stuck to it, minding his P’s and Q’s whenever he came around for tea.

We’d have a cosy chat, have a gossip about others in the neighbourhood. Such as Hugo, two blocks down, with the monopoly on all the janitor roles. Whenever a stock cleaner character is needed to make a gruesome discovery in the toilet cubicle, or make caustic remarks at bumbling young indie stars in medical sit-coms, or take the rap for somebody, it’s Hugo on the screen – just gussied up in different wigs or facial hair. Jason tells me that Hugo tried to peddle some human flesh to him one day, a “real delicacy” he had called it, and said that he ran a cannibal restaurant in his basement that the whole zombie show cast over at the next lot patronised. You get all sorts around here. I doubt I’ll be eating at his establishment any time soon, though.

Anyway, Josh sometimes brings over some candy for me to try. Tiny, lovely, translucent pieces of rock candy, winking from turquoise to cobalt. He tells me I can help him by sampling them, like those focus groups I’ve seen the people in my office conducting, with lipstick and pantyhose and Sugarberry hams and what not. He brings them in a tin over for me. On the sofa, he sits with his elbows on his knees, leaning forward, pushing small pieces over at me with a steady, encouraging smile. I quite like the taste of these new-fangled boiled sweets. He says I should eat them to calm myself down. “Like, take a hit, yo,” were his exact words, but when I asked him what kind of abuse he was saying I should put up with, he scoffed and said: “Chill, Miss B. It ain’t like that.” That boy could do with some enunciation and deportment lessons, is what I think.

I do confess, however, that I feel pretty darn young again after these candy-crunching evenings with James. In fact, he was just over last night, and we polished off a whole tin. I don’t remember what happened next. I never do, when I wake up the next morning. Then again, at my age, it’s hard to remember what you had for lunch by the time you take the subway home.

Hold on. The director is snapping his fingers in my direction. Me? Yes, apparently he wants me to go over. It’s the big moment now. They’re going to film the scene. I’m so nervous. Am I ready for my close-up? How are they going to film the literally mortifying scene? Wait. Wait. I’ve got some blue candy at the bottom of my purse. If I can just quickly unwrap and pop some in my mouth now. Ah. There. All right, all right, I’m ready. I’m in position. I smooth my skirt down and settle into my swivel chair. I wonder how this scene is going to play out. Oh dear, my head is spinning a little, and everyone seems to be talking softer and softer. Is this some kind of elaborate trick? Why is the typewriter glowing – the staplers and paper clips too?

Heck, I’ve always been so professional, where’s the harm in putting my head down for a quick snooze? So brisk, so dedicated, so post-sexual in this cesspool of manufactured desire. I know that is why they chose me. The surface of my desk looks so warm and inviting. Spotless. There is a magnet pulling me by the eyes, down, down, downwards. The last sound I hear: my forehead connecting–dull thud–with horizontal wood.
*

Clara Chow is a writer from Singapore. Her fiction has appeared in Quarterly Literary Review Singapore and Junoesq Literary Journal. She also contributes to The Straits Times and South China Morning Post. A mother of two boys, she blogs about parenting and the arts at http://mypmanicmummy.blogspot.sg/.