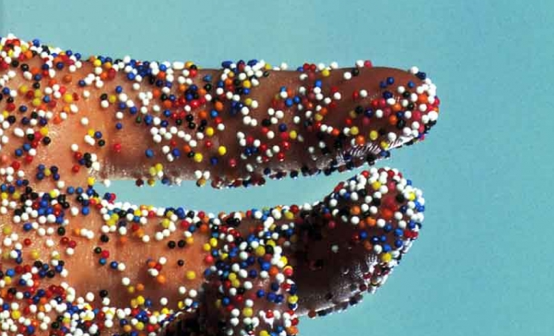 We give movies “based on a true story” the space for artistic interpretation. Why aren’t memoirs given the same latitude?

I’ve been at work on a novel about the Yugoslav Civil War for a few years now, and I can’t get more than a sentence or two into a description of the thing before my colleagues are red in the face, near bursting with the desire to interject. They lean in close— they’re in possession of a real trade secret— and offer up that most hated advice: “You know, you could make a lot more money if you wrote a memoir.”

My book is not about me, though the conjecture is understandable: a narrator and author of a similar age and background must mean the story is based in fact. And while the story that I’ve ended up getting on the page is rooted in history and predicated by extensive research, there are also large chunks—though unfortunately not the genocidal portions—that I’ve invented. I’ve done it not to make the story either flashier or more palatable, but because I think the story is truer for it.

Over the last decade or so, the literary world has seen a series of memoir-related scandals, the most famous being the James Frey Oprahpocalypse. But consider for a moment what the The Smoking Gun actually uncovered about the validity of A Million Little Pieces: in the end, James Frey was not incarcerated for as long as he said he was, and at the time of his arrest his blood alcohol level was not as high (a mere .21 instead of the record-breaking .36) as he’d bragged about. The vast majority of the book covers his time in the drug rehab facility at which he was undisputedly a patient, and countless readers have spoken out about the efficacy with which Frey captured the emotional trajectory of addicts and their loved ones. As a reader, I personally could care less about exactly how drunk Frey was when he was put in jail. I am, though, interested in the thoughts and feelings of a human being struggling with addiction and trauma, and the way in which that human forges relationships with other deeply troubled humans under the highly contained and regulated rehabilitation system.

Similar allegations were leveled against young author Ishmael Beah regarding his memoir; A Long Way Gone depicts Beah’s childhood during the civil war in Sierra Leone, including the loss of his family and his time as a child soldier. But in 2008 The Australian hurled a series of accusations against Beah after they were allegedly contacted by Beah’s father. When it turned out that man was lying, the paper, perhaps feeling the need to make up for the gaffe, dug deeper and made another set of claims, including a suggestion Beah’s village was destroyed in 1995, rather than 1993 like he claimed in the book.

The difference? Beah would have only been a child soldier for one or two years as opposed to the three years of soldierdom he details. Beah, his publishers at Farrar, Strauss and Giroux, and several NGO workers stationed in the area at the time, including the director of the Benin Home for the rehabilitation of child soldiers, have consistently stood by the accuracy of Beah’s book, and indeed the latest reports now show that while the final takeover of Beah’s home town—read: the mine within the town—transpired in 1995, rebel attacks occurred throughout the area starting in 1991. The fact that Beah was a verified survivor of kidnap, abuse, drug addiction and brainwashing that facilitated his transformation into “a killing machine” was lost beneath the logistics of whether he had roamed the jungles on coke killing people for two years or three, the emotional weight of the true experiences of loss and war and recovery trampled on by journalists with vendettas and measuring sticks.

Perhaps the most egregious modern offender of the fiction/nonfiction divide is Margret Seltzer, a white woman who grew up with her family in an upscale California suburb and wrote a “memoir” about life as a half-white half-Native American foster child inducted into a division of the LA Bloods by her foster brothers. At the time Seltzer had everyone fooled, had provided photos of her “brothers,” and had even introduced a few men, whom she had paid to pretend to be her brothers, to her publishers. And while I have no interest in defending the series of bald-face lies that Seltzer orchestrated, her book must have captured an emotional veracity of unlikely friendships and families to some extent; it roused something within The New York Times reviewers that brought them to blurb it as “Humane and deeply affecting.”

I’m not proposing some amoral response in which we abolish a standard of truth and reward liars in nonfiction; I am, though, suggesting that in some cases we are looking for the wrong kind of truth. In no other creative field do we uphold such rigorous expectations of adherence to fact: in Hollywood, “Based on a True Story” can be stamped on any movie even vaguely related to a historical event; visual artists (besides those at work in mall kiosks) are not berated for straying from an exact replica within a portrait; photographers airbrush and manipulate colors, contrasts and depths of field in the name of artistic value.

Even documentaries, once the filmic equivalents of research papers, are now vehicles of a director’s socio-political agenda, subject to manipulation and exaggeration of facts.  (Feel free to prove me wrong here; I’d love to produce the documentary about the contingent of the American population that actually eats McDonald’s for each of their 21 weekly meals.  Now that’s an exposé!) We allow for these rhetorical moves because we understand Morgan Spurlock’s goals of exposing a truth, if not a practical one, and of being entertaining while doing it.

Meanwhile, the publishing industry descends into petty infighting, with attacks on writers by journalists that smack more of jealousy of popular writing than a pure-hearted quest for the truth.

Last week I coerced my freshman compositions students into completing a creative writing exercise, no small task in a room full of engineering and applied science majors. “You were in a car accident and it was your fault,” I announced. “Write to explain the situation to your parents.” After five minutes I prompted the students to repeat the exercise detailing the same situation to their best friend, then in a third turn as a letter to their car insurance agent. After the requisite posturing, a few shared the subsequent iterations of their stories. The contents were starkly different; from one version to the next the students altered everything from the length (explanations to parents tended to include preambles), to their vocabulary (talking to one’s best friend required at least four curse words), to the actual details of the story (one’s parents and insurance company were served a variant of the facts that obscured the blame, while friends got either more exciting or more honest accounts). Much to my students’ chagrin they participated in a creative, non-math related activity that furthered their understanding of analytical writing and thinking processes. But their results also shed light on the fact that humans use the revisionary tactics—for which creative nonfiction writers are blasted—all day, every day in order to make their communication with one another as effective as possible for conveying a given message.

Is there a value to the “one hundred percent factual” strain of writing we’ve come to expect from journalism, and consequently from the nonfiction genre at large? Absolutely.  But the value inherent in one type of writing shouldn’t diminish the importance another.  We undoubtedly interact differently with Arnold Schwartzman’s Genocide than we do with Schindler’s List or Saving Private Ryan, but we interact with and learn from all three without stigmatizing the viewers or creators of the latter works. Just as there are different kinds of films there are different kinds of nonfictions, and clearing a space for these “based on a true story” equivalents is essential to our understanding of the world around us.

Considering the topics creative nonfiction so often contends with—loss and addiction; war and genocide—it’s no wonder that form sometimes buckles under the weight of the work it must do.  I for one would rather address the genocide of Croats and Bosnians in Vukovar, for example, with an eye toward the accuracy of the psychological and emotional trauma incurred, rather than aim for an historically accurate description of the temperature that November, or what color shirt someone was wearing at the time.  And this is just to speak of the intentional “violations” of fact, to say nothing of the slipperiness of memory or the subjectiveness of history.

Perhaps we should take a page out of our visually-inclined colleagues’ playbooks and come to terms with the imperfections of these impossible objects. Only when we admit the anamorphic nature of creative nonfiction—of all art, really—will we be able to untangle the images, to discern the vantage points that reconstitute the real story. Until then books like mine will contain disclaimers of fiction, and amidst the din of literati bickering, the truth may just get lost in the facts.