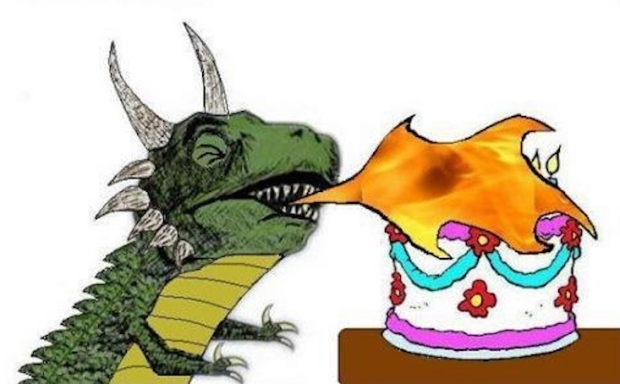 Blunderbuss has weathered its first year on earth! We are hardened, wizened, and still hanging on. So we cordially invite you to come celebrate our continued existence with beer and a slate of badass readers.

[THE READERS]
Amber Atiya, a queer poet and native Brooklynite, has performed at the Nuyorican Poets Café, Theater for the New City, Westbeth Center for the Arts, and many elsewheres. Her poems have been published in Tribes Magazine, Drunken Boat, and Coloring Book, an anthology of multicultural writers. Her chapbook the fierce bums of doo wop is forthcoming from Argos Books.

The New York Times once referred to Isaac Fitzgerald as “a former biker-bar employee.” This is true, but he is also the editor of BuzzFeed Books and a co-owner of The Rumpus and Pen & Ink. His high fives deserve their own Newtonian law. While working at that biker bar in San Francisco, he was scolded for smiling too much and being too nice.

MC Hyland is the author of Neveragainland (Lowbrow Press) and several chapbooks including TOOTHLESS ALTAR (Shirt Pocket Press), Every Night In Magic City (H_NGM_N), and Residential, As In (Blue Hour Press). She runs DoubleCross Press with Jeff Peterson, and is a PhD student at NYU, where she currently studies walking, typewriters, poetics, and Romanticism.

Justin Taylor is the author of the story collection Everything Here Is the Best Thing Ever and the novel The Gospel of Anarchy. His work has appeared in the New Yorker, The Believer, Tablet, Tin House, and the New York Times Book Review. His second story collection, Flings, is forthcoming from HarperCollins in August 2014. He lives in Brooklyn and at http://www.justindtaylor.net.