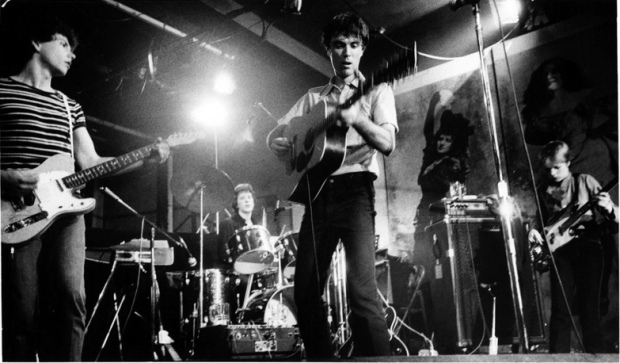 In a recent column for The Guardian, former Talking Heads guitarist and artistic polymath David Byrne suggested that the growing economic stratification of New York is stifling the city’s creative talent. To paraphrase somewhat roughly, Byrne believes the city is becoming a homogenized pleasure-dome for the ultra-wealthy, thereby robbing the city of the cultural and economic conditions necessary to sustain itself as a beacon and incubator for the artistically ambitious. Not only are we losing the serendipitous interactions and quirk that give energy to art, but also (and more fundamentally), the culture that draws the talented towards the arts and artists towards the city, and the affordable neighborhoods that let them live and produce here.

Byrne is an astute cultural observer, and was himself an integral participant in one of the most storied eras of New York musical history. The Talking Heads played their very first show opening for the Ramones at CBGBs. His column is nuanced and carefully argued. But as much as I want to agree that the 1% are destroying this city, I feel compelled to resist this kind of declinism, at least as far as the fate of our “creative class” is concerned. In part, this is because I have a vested interest in disbelieving Mr. Byrne. As an admirer of that world—and, if we’re being generous, a participant— I need and want it to survive. Mostly, though, I don’t think we have a very good idea of what it takes to sustain a creative culture, which makes it too easy to believe that any single element is the vital one that an artistic community can’t exist without.

Undoubtedly, it’s more than mere coincidence that New York has long been such fertile ground for the arts. But the constellation of wealthy patrons, influx of European artists on the run from Nazism, and, amazingly enough, CIA involvement that made New York the birthplace of abstract expressionism was not the same as the “grittiness” that seems essential to the development of punk, hip-hop, and street art. Byrne’s take is more sophisticated than a “back in my day” sort of old man screed, but even for those of us who are much younger, it is hard to escape being anchored to the perspective of the time we came of age. The art world of the late 1970s was more varied than just punk and the roots of new wave, and it is only in retrospect that we can identify those trends as perhaps the most important of the era. In turn, we identify aspects of the city’s infrastructure and ethic associated with those particular forms as being essential to art in general. The future of visual arts will probably require more than just a laptop, but it might also be able to do without a space the size of Warhol’s Factory.

Even the art we know and love, the bands and choreographers and playwrights that require practice spaces and cheap venues, the sculptors and painters that require large studios, might not be doomed. Consider: you might just be old. You might just not be looking hard enough. Byrne is careful not to romanticize the era of dysfunction and crime that characterized his heyday, readily admitting that being an impoverished artist in a marginal neighborhood is a difficult life and rejecting the fantasy that material hardship is necessary for good art. But there’s a tension he doesn’t quite resolve between this and the need for a place that is “interesting,” at least when a safe neighborhood so quickly succumbs to generic-ificating gentrification. Writing in a parallel vein, Choire Sicha points to the ethos of the Bloomberg era and the bland coziness of a public life cleansed of inconveniences and crimes. Sicha eloquently allows that “tomorrow’s yesteryears will be hazily golden, too,” but gives the impression that this is illusory, an artifact of the act of looking back that doesn’t change the fact of decline-through-upscaling.

The fact is, Sicha’s marginal neighborhoods still exist, even if they aren’t as dangerous as the Bowery once was, and so do the marginal existences of artistically inclined kids scraping by.  Sicha hears of a Bushwick-based kid who quits his job to work for a drug delivery service, but then suspects it might not be true. Trust me, this kid exists. I think I know him, or some version of him. When I first came to the city, at my peak engagement with The Scene, I would go to cheap shows at semi-legal venues like Death by Audio a few times a week. Five years later, cheap Andre and High Life can’t compel me to listen to eight shitty bands in the hope that one will be good. There was the punk scene out of 538 Johnson Ave in Bushwick, and (pre-Sandy) the vaunted Red Light District punk house in Far Rockaway that I was too lazy to go to. In the five years since I moved here, New York hasn’t become less cool or too cozy, but my life has. Culture shifted into forms I can’t even recognize and to places I don’t know anything about, but it didn’t disappear or even shrink.

So, what is it that’s really changing about the city as Byrne sees it? He argues that the triumph of the 1% has not just been economic, that there are cultural and intellectual consequences intertwined with the changed economic landscape. The primacy of finance, in Byrne’s telling, has drawn too much young talent towards hedge funds, to the detriment of those semi-creative industries that exist between commerce and art. It’s true that the strength of industries like advertising, fashion, publishing and media has long been a crucial part of the ecosystem that makes this an artist’s city. But the growing share of finance in New York’s economy is partly a reflection of the decline of manufacturing (a phenomenon old enough that the SoHo and LES scenes could rise in its abandoned buildings), and, meanwhile, the competition between advertising and finance over scarce talent is simply not a thing that is happening.

The increasing stratification of wealth, the hollowing out of old industries and trades, and labor’s declining share of income are all alarming, but they are not unique to this city, nor do they threaten the creative class to an especially greater extent. It is entirely possible that the city may undermine itself by pushing affordable housing so far out that businesses can’t reach the people they hope to employ. But these problems are much more pressing for the lower, working and middle classes, rather than artists who have opted to spend (at least) their youth in voluntary poverty, engaging with the labor market only to the extent necessary to survive and continue creating. Gentrification may push the creative world further away from the city’s core of business and luxury apartments, but this might not matter so much.  The dislocation of low-income and minority communities, and the loss of the relationships and knowledge that exist within is painful, wasteful, and tragic. But artists rarely have the same kind of deep roots. Like a game of whack-a-mole, they’ll keep popping up somewhere, whether in the LES, Bushwick, Ridgewood, or beyond. As long as there is some geographic concentration, an artistic community can probably remain vibrant even in further-flung corners of the city. Meanwhile, proximity to wealthy patrons seems less important than ever, given the 1%’s contentedness with trading the same 14 Warhol prints back and forth at ever-increasing prices.

To digress for a moment, it isn’t even obvious that a more stratified society is, in the long run, less conducive to artistic creation. On the one hand, what better way to restore the city’s “interestingness” than to have widespread material deprivation? After all, the mid 70s were a time of austerity for New York. Or, more optimistically, the declining necessity of work in the face of higher productivity could free up time for the 99% to pursue creative endeavors. The declining availability of work might help undermine our cultural obsession with work for its own sake, and increase our collective esteem for those who endeavor to “self-actualize.” But that’s a conversation for another time.

Byrne’s sympathy towards a later generation of creatives that he believes has it harder than he did is a welcome departure from the usual smug superiority directed at “millennials.” But his focus on this group is misplaced. The age-old linkage between the margins and the arts might not be a necessary one, but, oddly, it may leave that population relatively insulated from those forces that threaten to drastically change the lives of so many others. The funny thing is, while we so easily fall into lamenting what an uninteresting place the city has become, we wish for artists to have more comfortable existences, which brings with it some of the very uninterestingness we dislike or feel conflicted about. Worse, our desire to preserve old forms, old ways, and old neighborhoods can itself become one of the forces that is actively making life more difficult for the entirety of New York’s 99%. The West Village is a case study in how preserving some nostalgized form of what artsy New York once was can turn a neighborhood into a playground for the rich. The neighborhood is now free of the shitholes where Leonard Michaels scraped by or where Dylan lived and wrote. Now it’s all townhouses for multi-millionaires who rail against high-rises under the pretense of aesthetics, while benefiting economically from the scarcity that this creates. But hey, keeping a quaint look and a chill vibe probably matters more than lower rents for actual people.

In 1975, the Talking Heads got their start practicing in an unheated loft on 195 Chrystie St. That this building basically stands around the corner from the Bowery Whole Foods could have been a perfect closing anecdote for Byrne’s piece, except for this: almost 40 years later, 195 Chrystie is still a space for artists (though the rent has gone up a bit, and the artists are a bit more “established”), even if the Lower East Side largely isn’t. What neighborhoods like the LES need is a way to accommodate existing minority communities who are being pushed out by gentrification, not premature elegies for an arts scene that is faring perfectly well across the East River. What the city needs is a way to temper the capacity of development capital to reshape neighborhoods far faster than communities can adapt, while making sure our fear of losing what we’ve known doesn’t prevent the arrival of the next punks, or leave us blind to more equitable strategies of urban organization. The artists, for now, are going to be alright.
The Talking Heads, pic courtesy of Patrishka.

Niral Shah is the managing editor of Blunderbuss. He has spent too much of his life studying economics, with little to show for it other than the ability to irritate leftists and liberals alike by agreeing with them in odd ways. He currently resides in Brooklyn, where he is some kind of lawyer, and some sort of musician in some manner of band. He pays as little heed to social convention as he does to his pineapple allergy, because they are delicious.