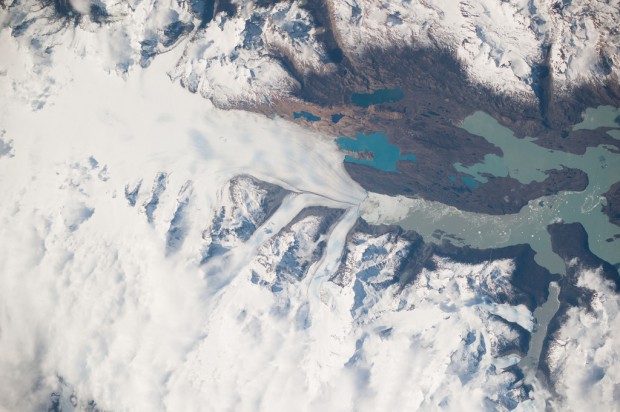 The thing that you need to remember is that rubber insulates,
so step down on that electric fence with the sole of your boot

and let the current pass along into another field.
Streams are interrupted, cows with full udders arrive en masse,

one speckled head emerging from another speckled rump.
All the udders are full of milk.

When a black cat paws your face in the barn,
tries to climb into the bosom of your shirt,

imagine all the babies being born to all your friends,
babies who bear the names of poets, or old men, or geographical features.

When a calf is newly born its body is the summit of a pyramid,
four legs wobble, the four corners of the earth in lines.

The umbilical cord becomes a tender red S hanging out of the belly,
an incompleted television cable curling from your eaves.

We are all conductors and some conductors
are better than others.

Small lightning bolts flash as you walk across your carpet or rub
your balloon and each crackle or pop in the air is electricity trying very hard.

a man mows my lawn
I have learned how to watch

the heft of his pick-up
departing buried in green

The salt shaker is the second thing,
the first a phone call with bad news.

Laughter is nothing like forgetting,
breath holding the body apart

like a cloud made of light.
Grace is too close to grease

for comfort, but we shake out our skirts
all the same, let the crumbs fall

where they may.  It isn’t the end
which is so hard to bear.

It is the moment when your friend
calls to ask, is this the end?

Megan Savage is a fiction writer and poet living in Portland, Oregon. Her work has appeared in Spork, Subtropics, and Barn Owl Review, and has been twice nominated for Best New American Voices. She holds degrees from Bard College and Indiana University, where she served as Fiction Editor of Indiana Review. Currently, she teaches writing in Portland, OR; Vancouver, WA; and Putney, Vermont.