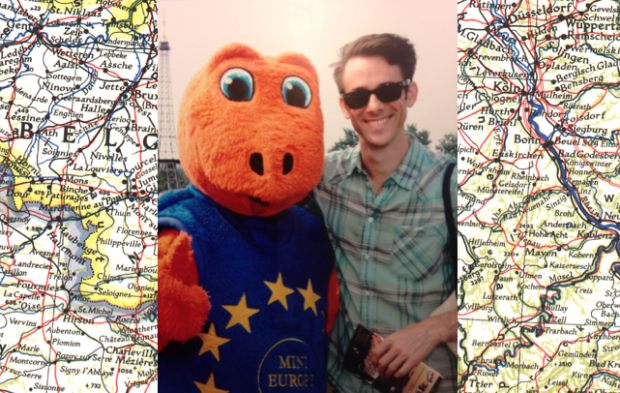 “The large assaults the eye. It obstructs, resists a frame. The small invites noticing. Utopia through shrinkage.” 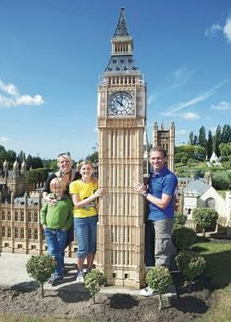 Sometimes the world feels so small I could fit it into an area roughly the size of a miniature golf course. “I contain multitudes,” says Whitman. I also contain things much smaller than multitudes.

Mini-Europe opened to the public in 1989 in Brussels, headquarters of the European Union. The park contains at least one 1:25 scale replica of a structure from each of the EU’s twenty-eight member states. Mini-Eiffel Tower. Mini-Acropolis. Mini-Big Ben. On a map, a city is a dot. In Mini-Europe, a nation is a doll house. From the brochure: “In 1987, a few art historians selected over one hundred buildings from various parts of the EU. They based the selection on the following criteria: social-cultural and architectural value, European symbolism, and beauty of the site.”

The large assaults the eye. It obstructs, resists a frame. The small invites noticing. Utopia through shrinkage. Robert Schuman, a founder of the European Union: “This concept, Europe, will make the common foundation of civilization clear to all of us.” In July 2014, I paid 14 euros to enter Mini-Europe. 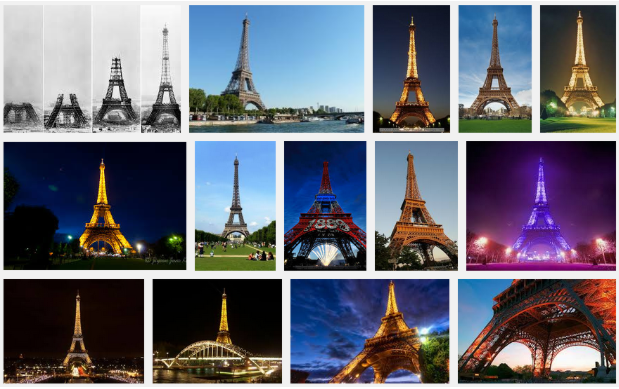 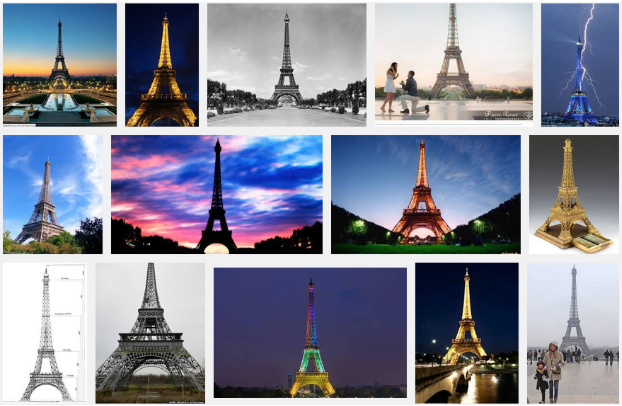 I cheated my way through high school French. The cover of my textbook displayed the word Bienvenue! in elegant cursive across a photo of the Eiffel Tower, matte on blue sky. To me, the image spoke pragmatism in a central Pennsylvanian accent: “This class is worthless.” No one I knew had travelled internationally without the US military footing the bill. France wasn’t a country, it was a photo, and its language felt as fake and two-dimensional as the place.

Melodramatic? Probably. But what’s more dramatic than the Eiffel Tower? If “Paris is for lovers” and the Eiffel Tower is its most recognizable sign, is it the world’s most romantic inanimate object? Ten thousand tons of phallic iron, not including the weight of a globe’s worth of projected sentimentality. Every photograph of the Eiffel Tower exudes unattainability. The love object.

At 22, I not only stood on the Eiffel Tower, but ice-skated on it with fellow collegiate theatre nerd friends. At 31, I watched a man in a red basket crane unromantically dwarf the Mini-Eiffel Tower. 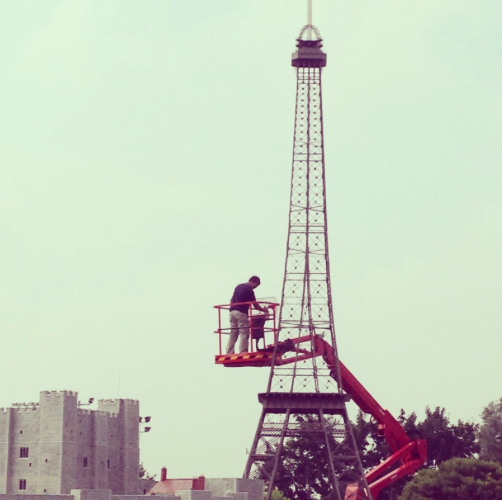 As I took this photo, some insisted on posing with the Mini-Eiffel in spite of, not because of, the obstruction. The French national anthem played, competing and losing to the sound of the man’s screw-gun as it removed plastic girders, and I couldn’t decide if the posers were oblivious or indifferent, somehow determined to document the moment, no matter what unglamorous obstacles stood in their way.

The Mini-Eiffel Tower is far from the only replica. Below, the thirty largest mini-towers, listed by Wikipedia  in “descending order of scale”:

In 2007, Erika Aya married the Eiffel Tower, becoming Erika Eiffel. She’s the founder of OS (Object Sexuality) Internationale, an organization of people who fall in love with objects. Many of the members have been diagnosed with mental disorders such as Aspergers or have experienced significant trauma making it difficult for them to develop human relationships. Because she can’t be with the tower all the time, can only visit, Eiffel fills her home with models, wears an Eiffel Tower necklace, a gold lapel pin, talismans of passion, objects standing for an object of love. 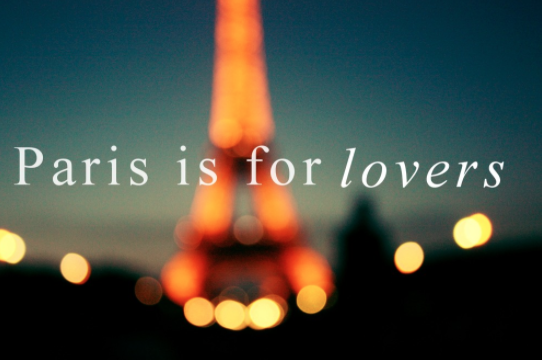 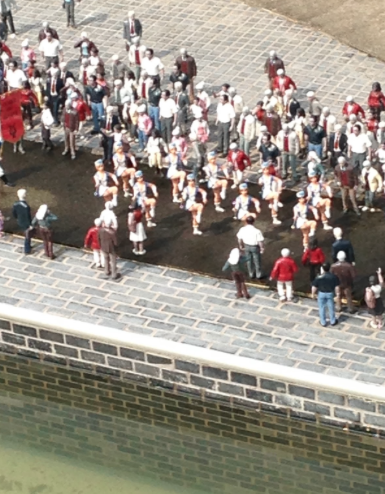 A parade in which no one moves. A still parade. Baton twirlers frozen mid-kick. Men frozen mid-ogle. Those in the front row forever front row. Latecomers will always be missing it. Until a god or a Mini-Europe employee comes to re-pose them, reconfigure social order, move the narrative forward.

If Erika Aya is in love with the Eiffel Tower, what do the makers of Mini-Europe love? What are Robert Schuman and the cofounders of the EU in love with? Is there a sadly poignant psychological trauma causing them to arrange entire populations like plastic figurines?

At large sporting events, the opposite side of the stadium appears inert: a single red hat, single shirt, purposely indistinguishable, extras copied and pasted, volunteers for an afternoon-length still-life. Even when those in my section cheer, shout expletives, proclaim individuality, the other side moves only in moments of group participation, an entire section to its feet, arms overhead for “The Wave,” cementing their appearance as unified blob. Do politicians think of the public this way? Do artists? Replica upon replica built with the intention to ‘change,’ to ‘pose’ an amorphous audience. A still audience. Plastic. 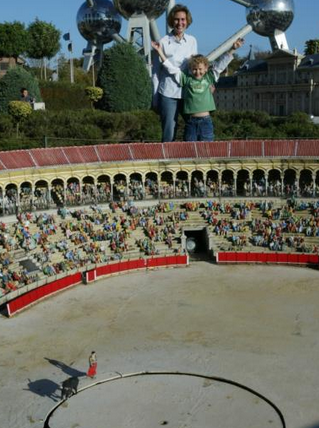 One year I spent New Year’s Eve walking. My friend Pete and I walked from Astoria to Long Island City, then across the Queensboro Bridge, arriving in Midtown around 11:30pm. Times Square had reached capacity, barricades blocking further entry. Not that we had any interest. As we walked the periphery, a nearly empty 5th Avenue, we caught the vocal hum, the faint run-off of light floating in from the west, but only at cross-streets. Once across, another building would blot out any sign of life. For us, the New Year never came, proximity accentuating our distance, the celebration belonging to that invisible hum, to what I pictured as frozen jubilation, every mouth agape, every LED ripe with color. No one had a name. Confetti never made it to the ground.