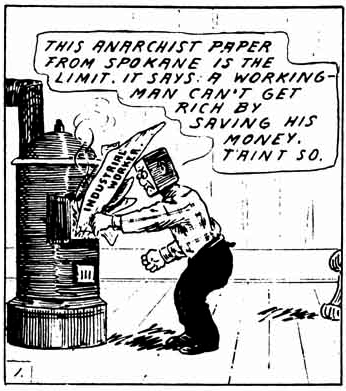 Blunderbuss is excited to run these public domain comics, provided courtesy of IWW.org. In the first of the 24 existent Mr. Block comics, something rings suspiciously familiar about our hero’s faith in the financial sector. 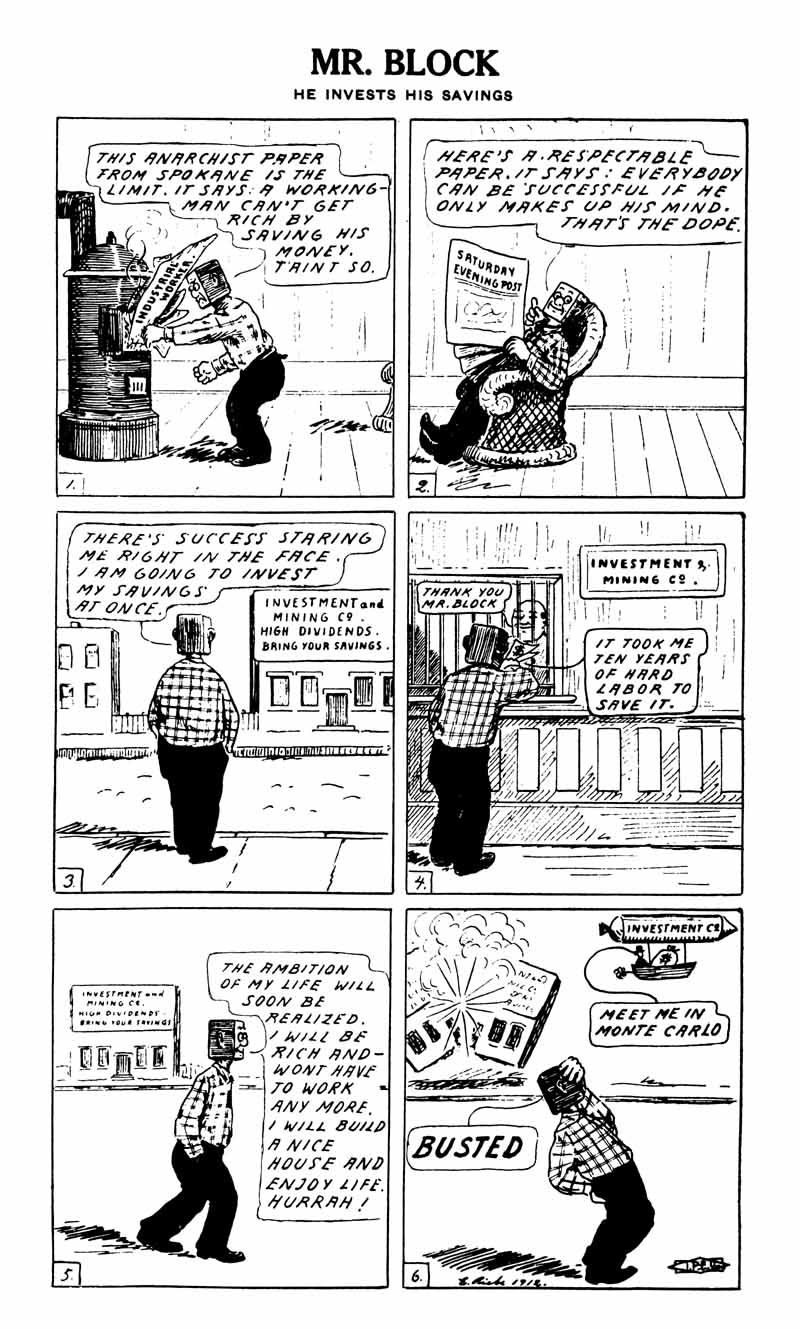