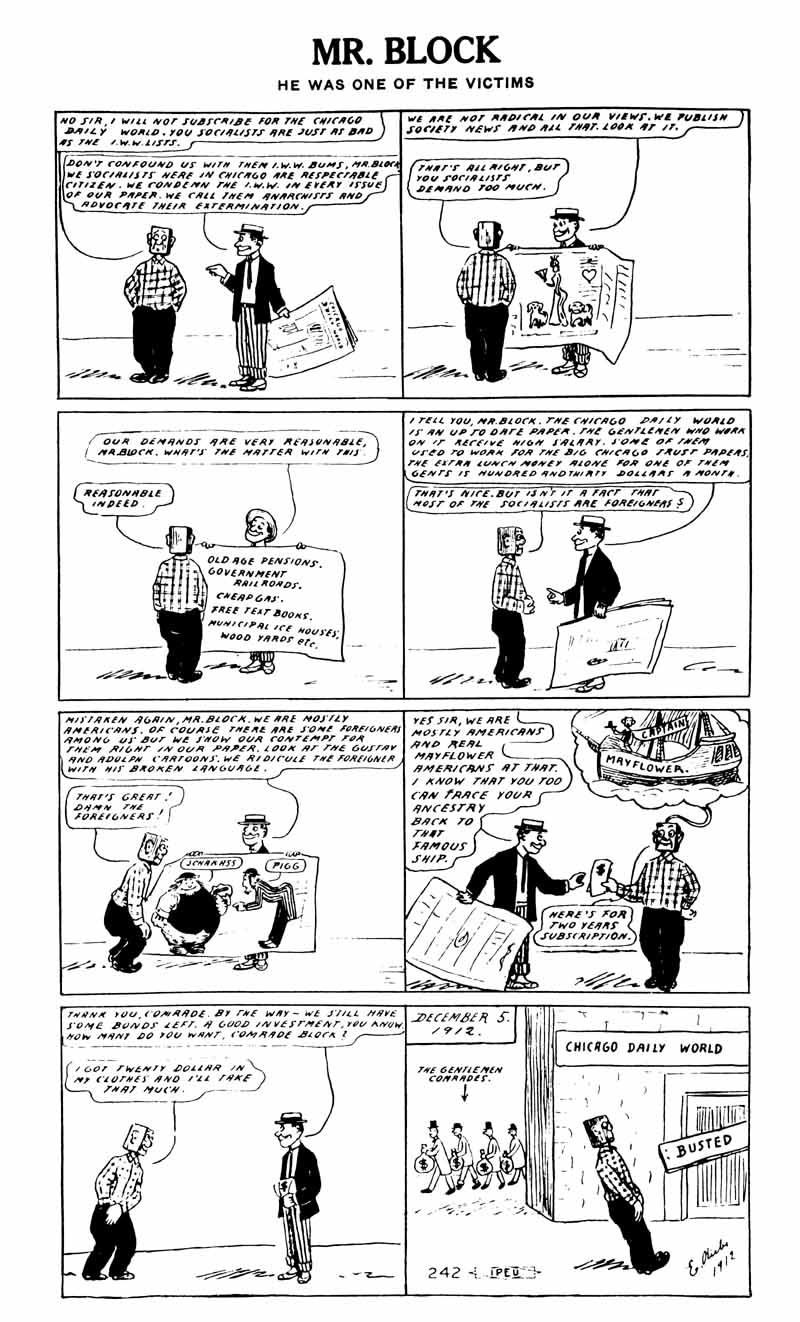 Decades before anyone coined the term “champagne socialist,” Mr. Block found himself seduced by a “gentleman comrade.”

Blunderbuss is excited to run these public domain comics, provided courtesy of IWW.org. In the 9th of the 24 existent Mr. Block comics, Mr. Block subscribes for a socialist paper and discovers the peril of “gentlemen comrades.”