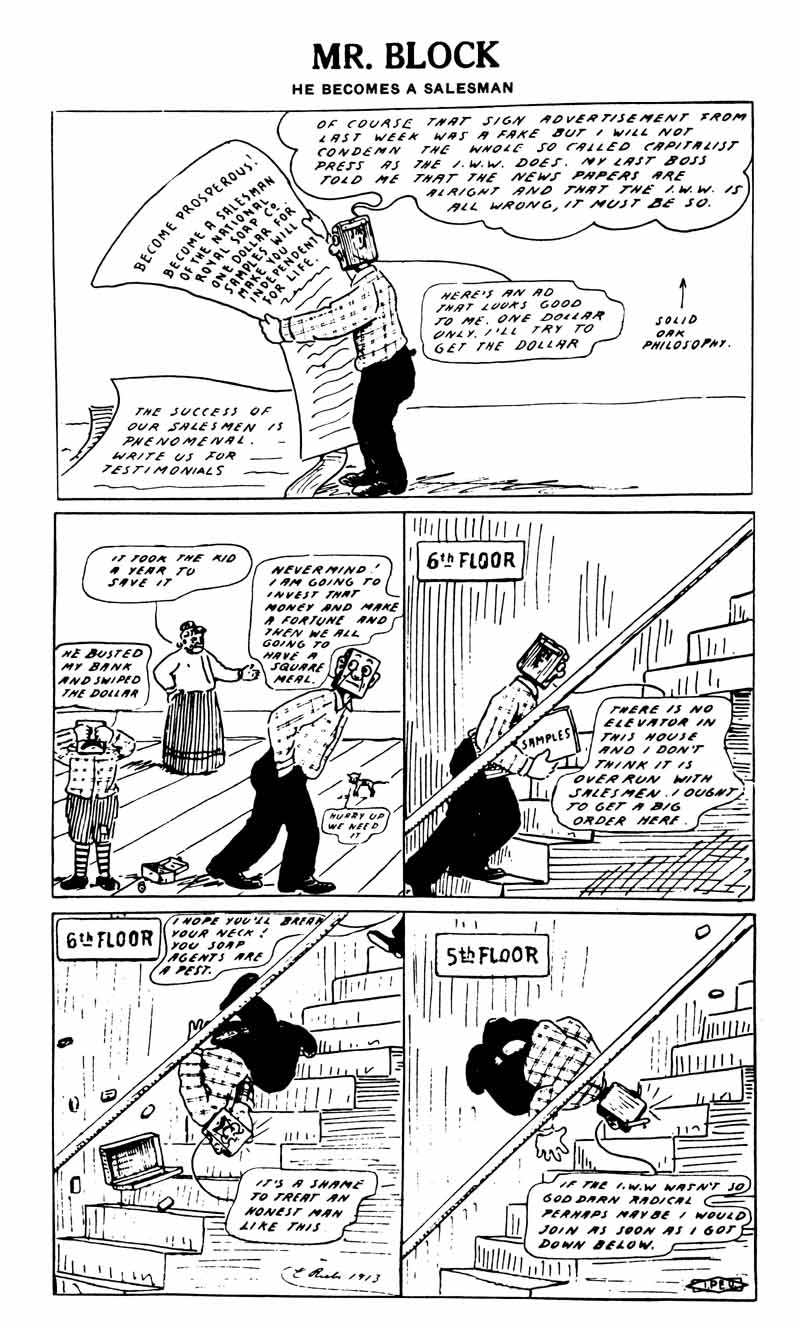 In this fifth comic from 1912 Spokane Industrial Worker, Mr. Block tests his salesmanship while stubbornly avoiding the radical Wobblies.

Blunderbuss is excited to run these public domain comics, provided courtesy of IWW.org. In the fifth of the 24 existent Mr. Block comics, our hero tests his salesmanship. When will you learn to give the Wobblies a chance, Mr. Block?!