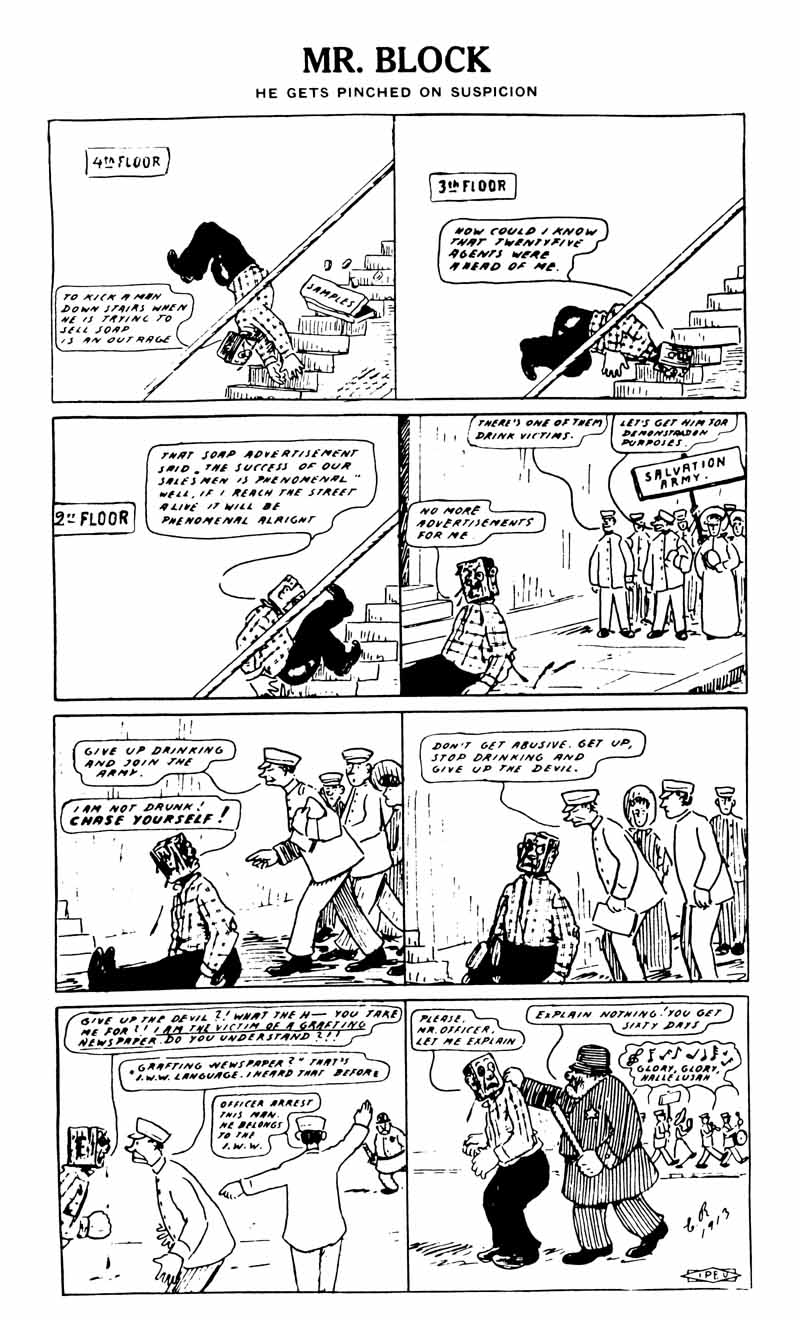 In this sixth comic from 1912 Spokane Industrial Worker, the Salvation Army sees the devil in Mr. Block’s alleged drunkenness.

Blunderbuss is excited to run these public domain comics, provided courtesy of IWW.org. In the sixth of the 24 existent Mr. Block comics, our hero is hurled down the stairs and into the less-than-loving arms of religious zealots.