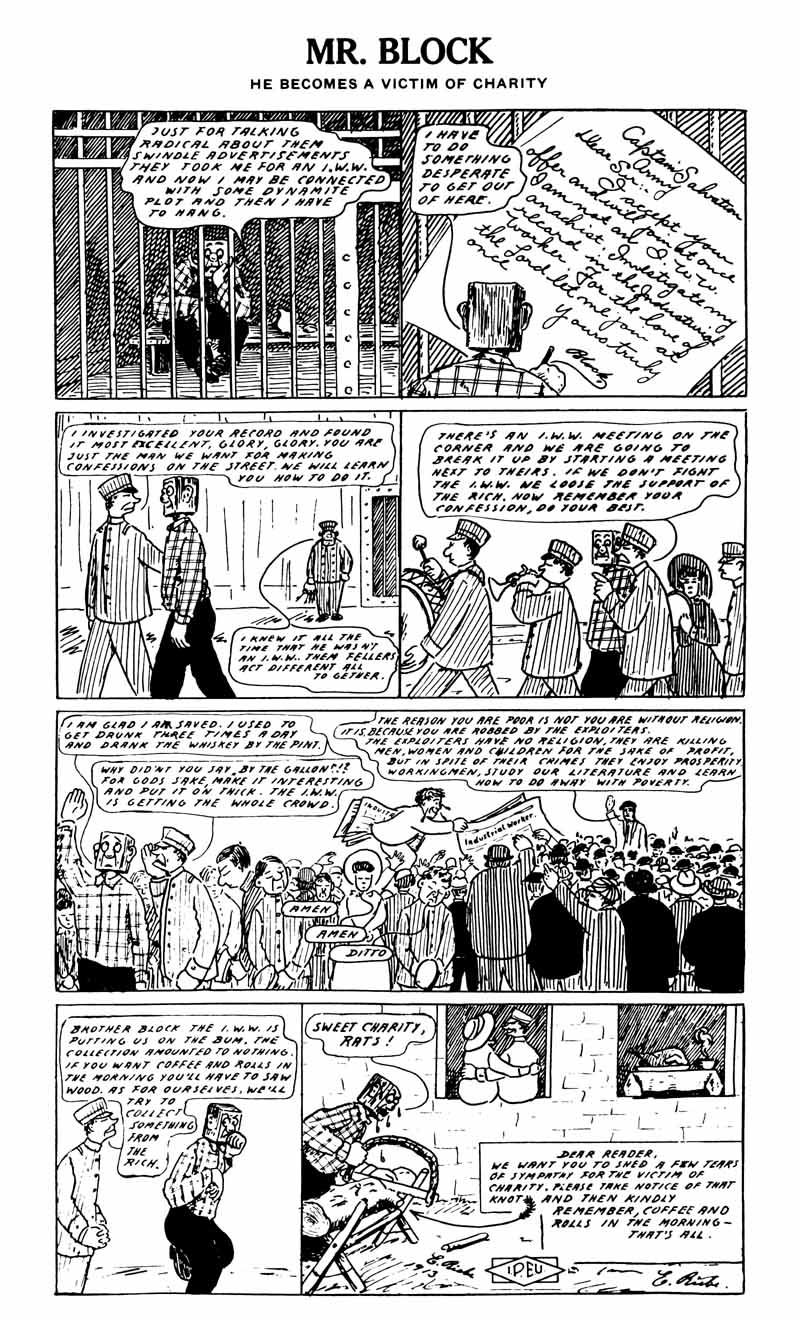 In this seventh comic from 1912 Spokane Industrial Worker, Mr. Block finds himself the recipient of some most uncharitable charity.

Blunderbuss is excited to run these public domain comics, provided courtesy of IWW.org. In the seventh of the 24 existent Mr. Block comics, our hero is sprung from jail by some charitable types only to find that they expect something in return.