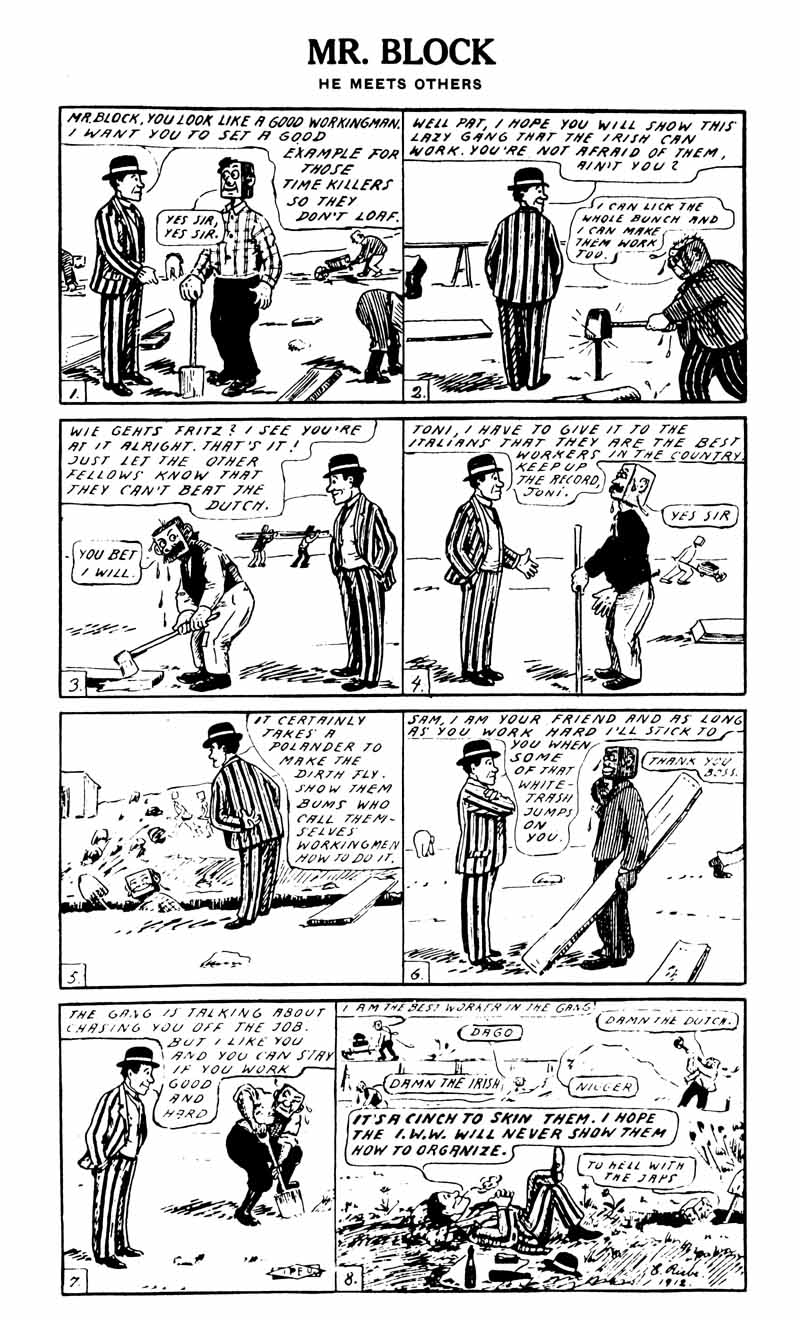 In this 1912 comic, Ernest Riebe looks unflinchingly at how management uses racism to keep workers from uniting.

Blunderbuss is excited to run these public domain comics, provided courtesy of IWW.org. In the eighth of the 24 existent Mr. Block comics, Riebe provides an unflinching look at the capitalist exploitation of workers’ racism. Take warning: there are slurs ahead.