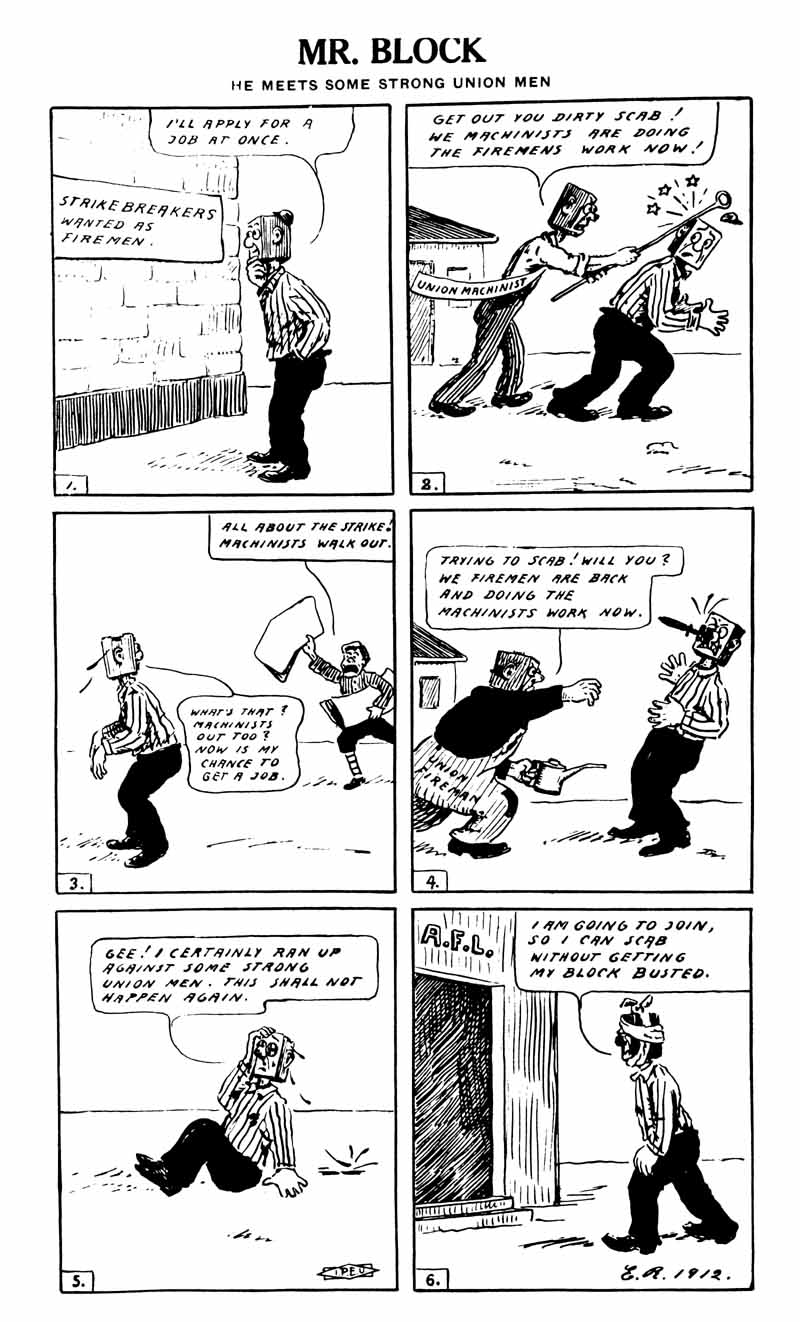 When “strong union men” start scabbing on each other, Mr. Block gets caught in the crossfire.

Blunderbuss is excited to run these public domain comics, provided courtesy of IWW.org. In the 10th of the 24 existent Mr. Block comics, Mr. Block experiences the (literal) pain of a segmented organized labor turning against itself.