Blunderbuss is excited to run these public domain comics, provided courtesy of IWW.org. In the 12th of the 24 existent Mr. Block comics, Mr. Block learns how lumberjacks really feel about mainstream labor unions. 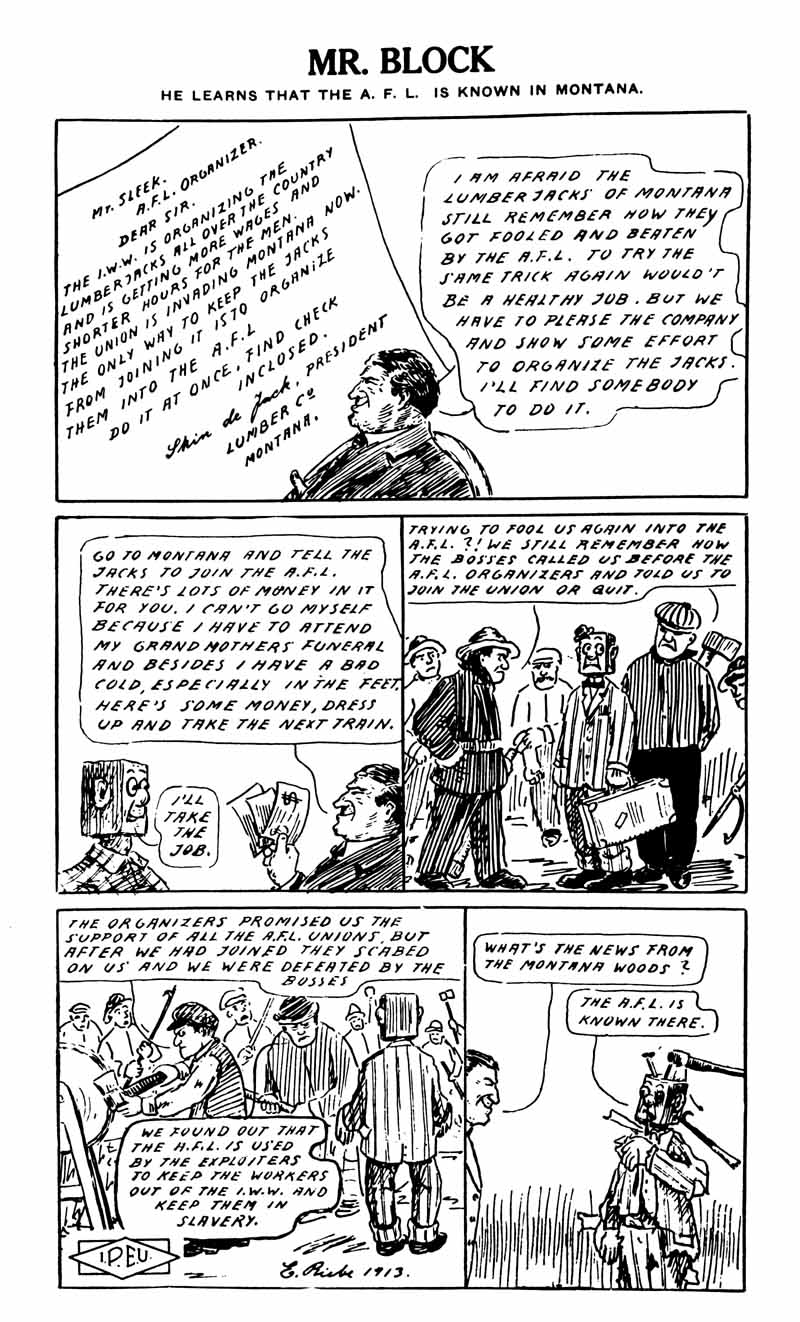