The only prescription is more solidarity.

Blunderbuss is excited to run these public domain comics, provided courtesy of IWW.org. In the 13th of the 24 existent Mr. Block comics, our hero learns the dangers of exposing himself to infectious scabs. 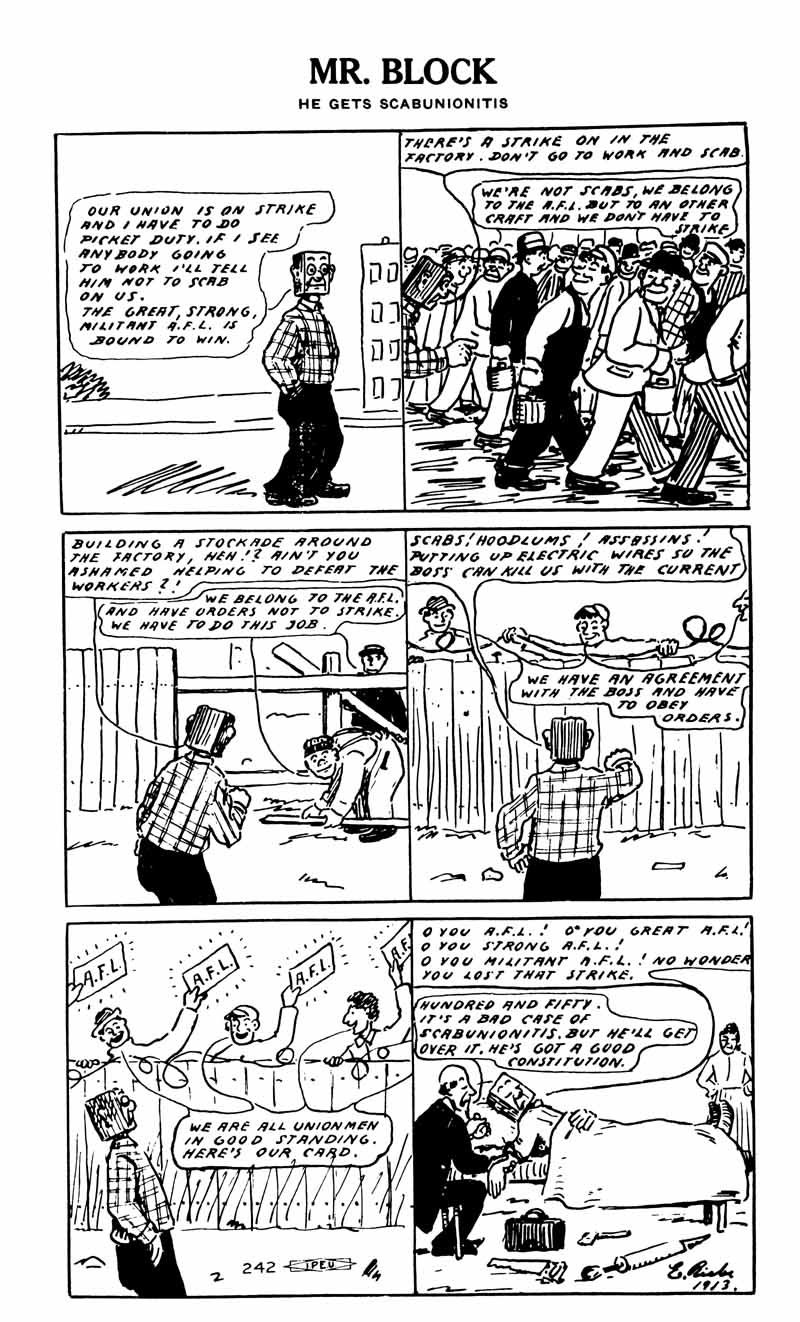