Won’t somebody think of the children?

Blunderbuss is excited to run these public domain comics, provided courtesy of IWW.org. In the 19th of the 24 existent Mr. Block comics, our hero learns that he’s not exactly what the market is looking for. 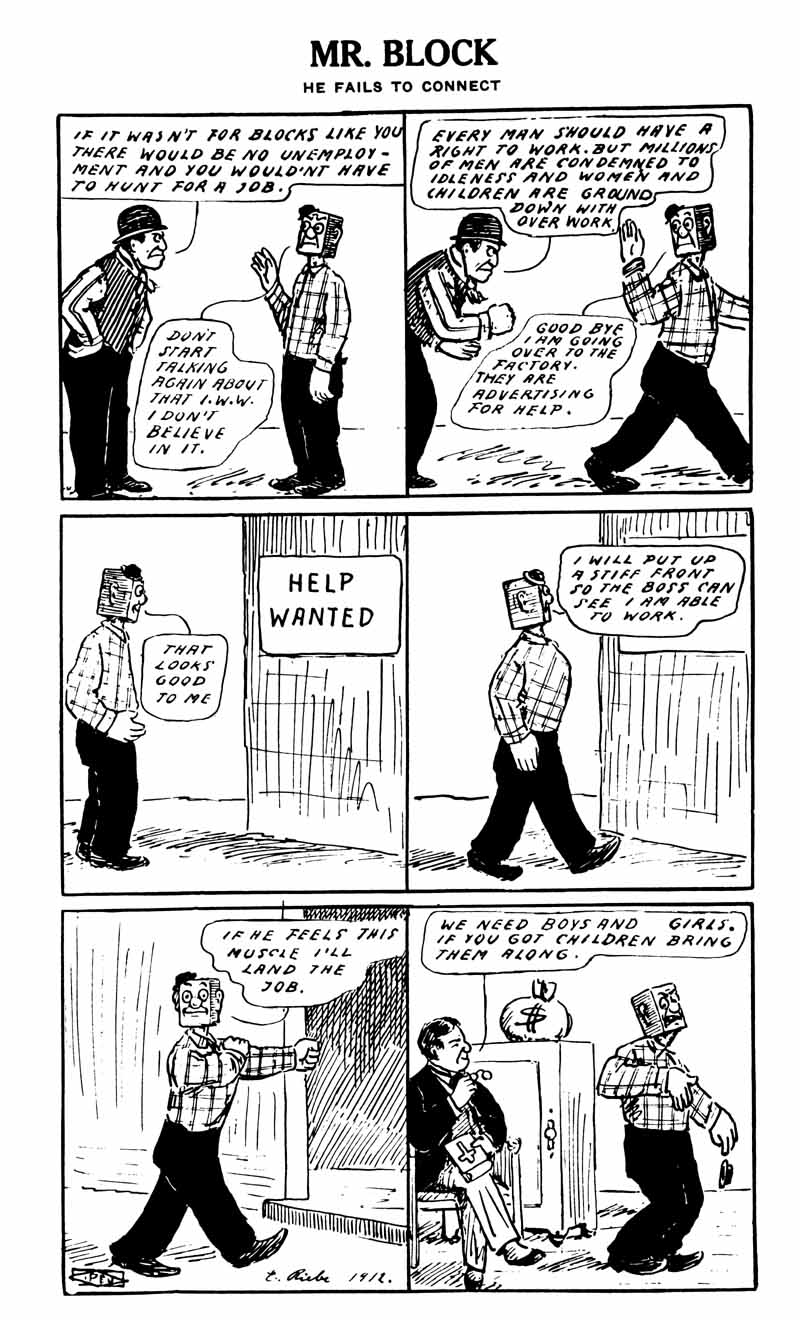