Blunderbuss is excited to run these public domain comics, provided courtesy of IWW.org. In the 15th of the 24 existent Mr. Block comics, our hero learns who really benefits from a spruced up neighborhood. 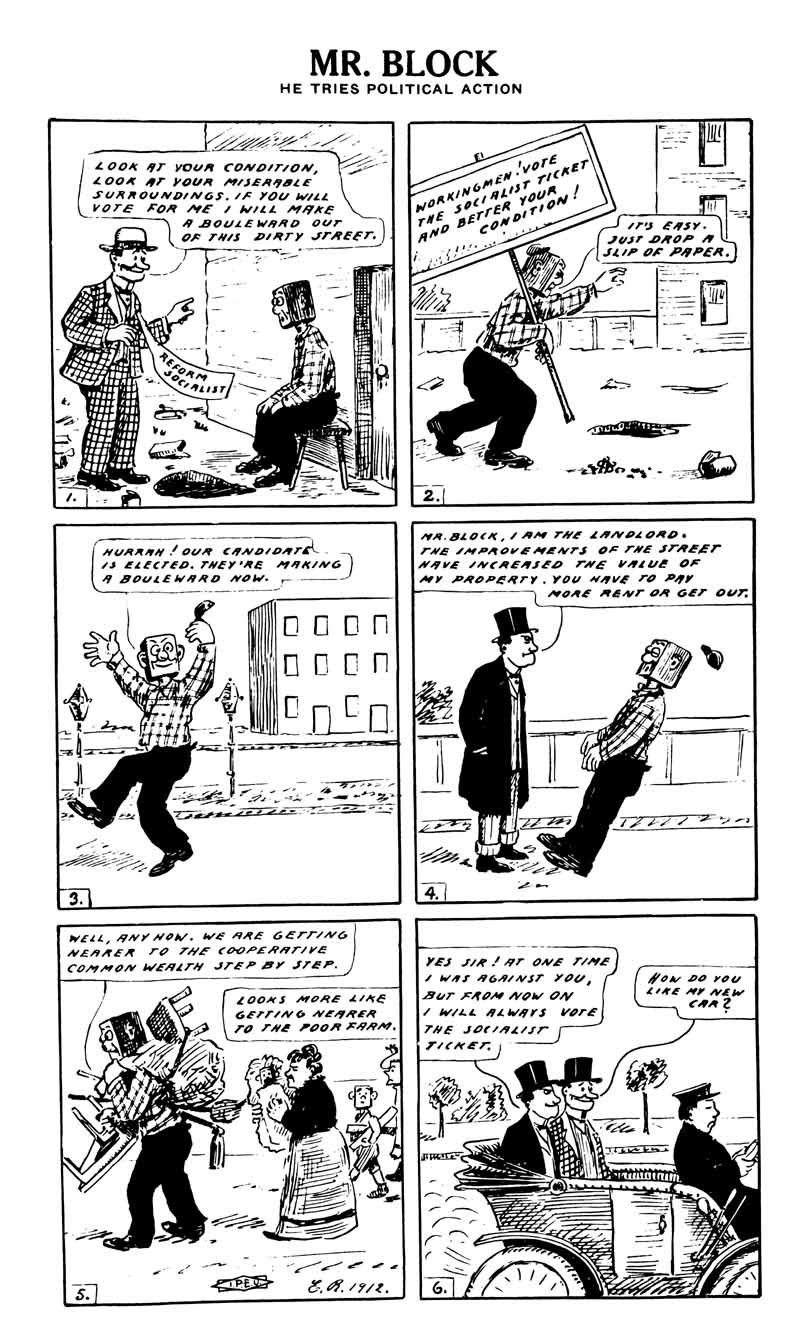