A block in the gears.

Blunderbuss is excited to run these public domain comics, provided courtesy of IWW.org. In the 16th of the 24 existent Mr. Block comics, Mr. Block learns that politeness can be more dangerous than sabotage. 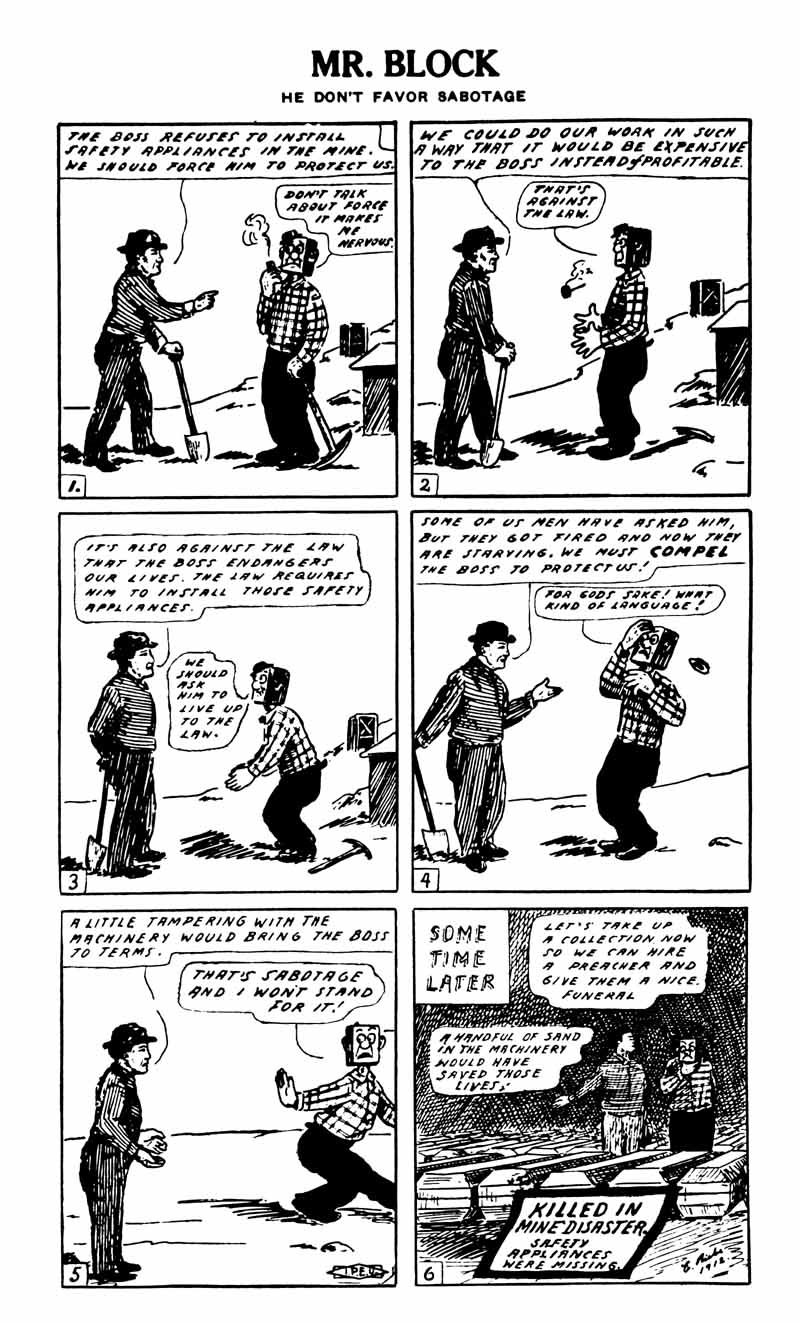