Have block. Will travel.

Blunderbuss is excited to run these public domain comics, provided courtesy of IWW.org. In the 18th of the 24 existent Mr. Block comics, a walk in the woods makes revolution look mighty appealing. 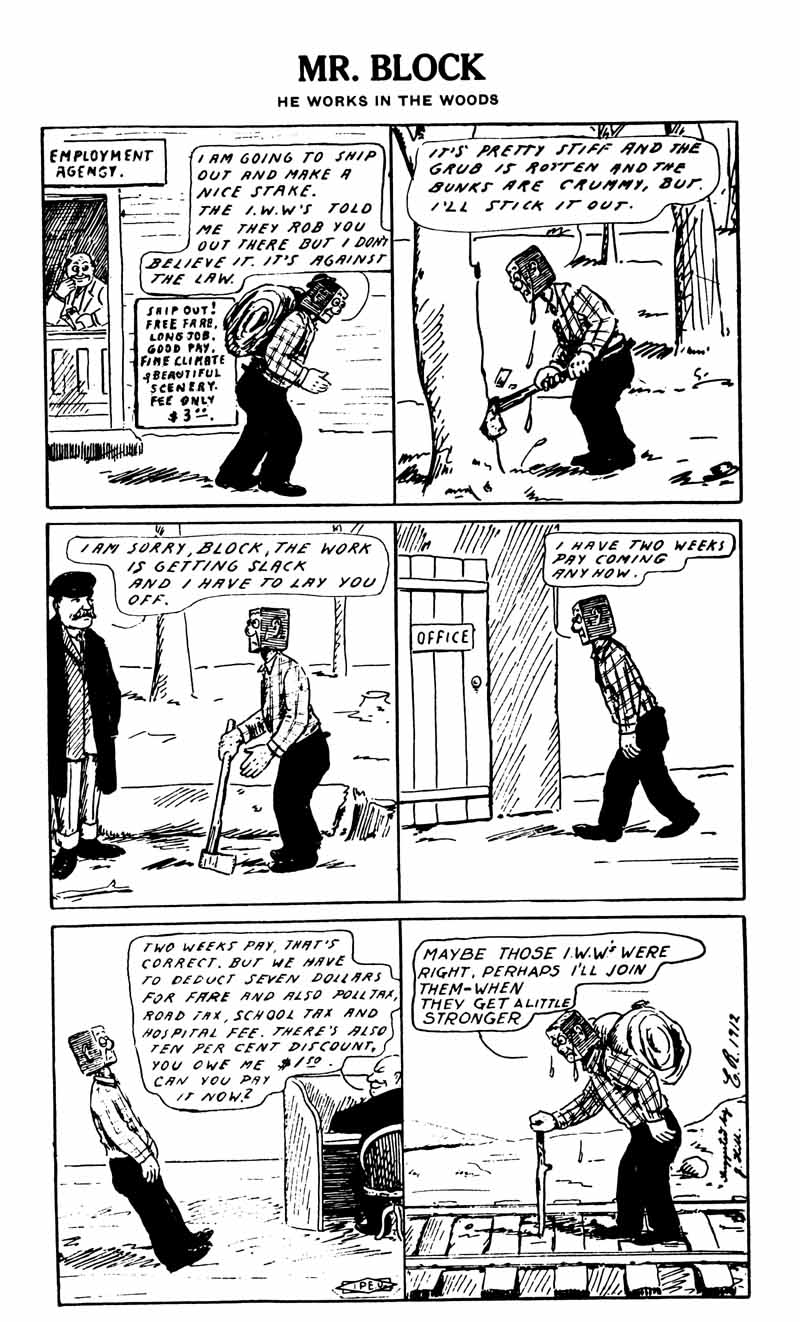