In which our hero sells out his comrades.

Blunderbuss is excited to run these public domain comics, provided courtesy of IWW.org. In the 21st of the 24 existent Mr. Block comics, our hero’s attempts to land some union men in jail backfire thanks to a meta-alibi that would make Bunnyman proud. 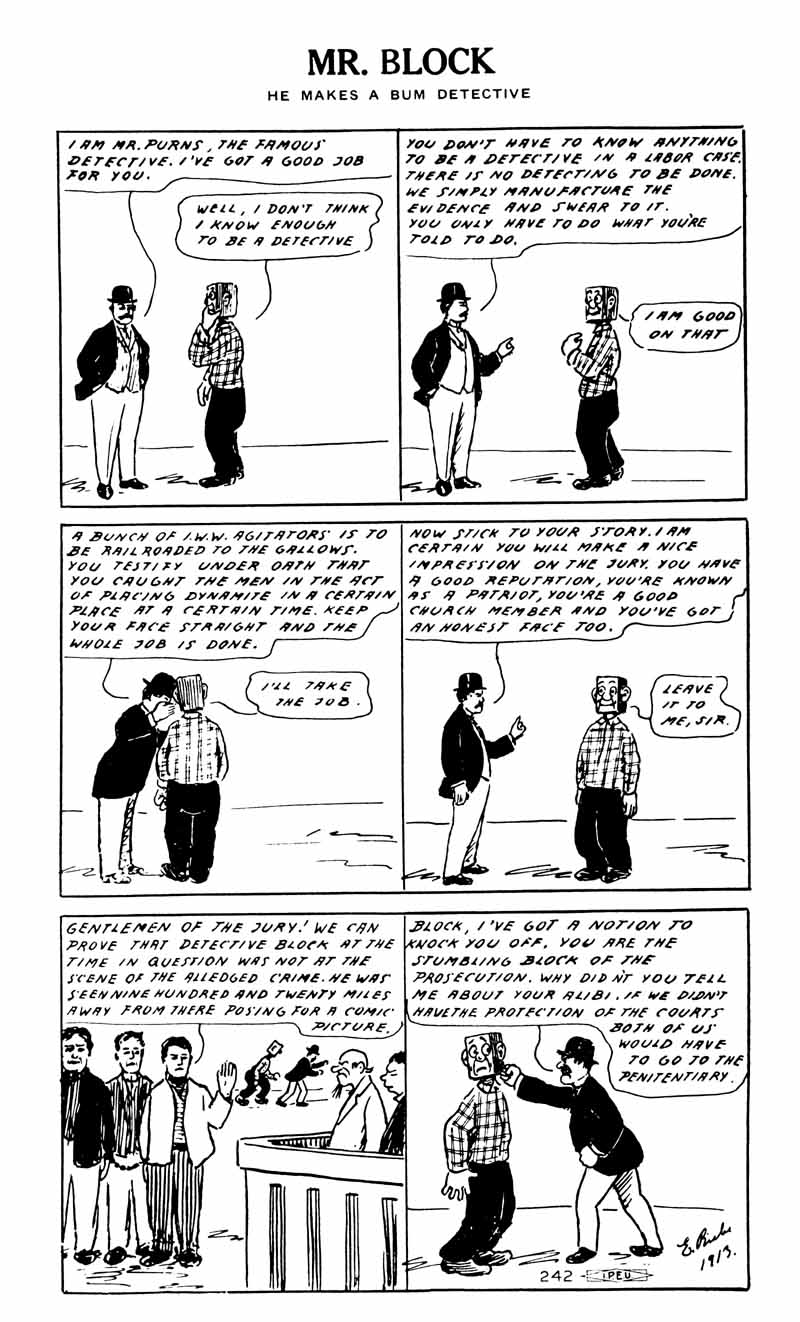