A century of obsequious fawning over the First Lady’s fashion choices.

Blunderbuss is excited to run these public domain comics, provided courtesy of IWW.org. In the 22nd of the 24 existent Mr. Block comics, our hero’s wife doesn’t come across as the type who would give much of a shit about how fabulous Michelle looks in that ball gown. 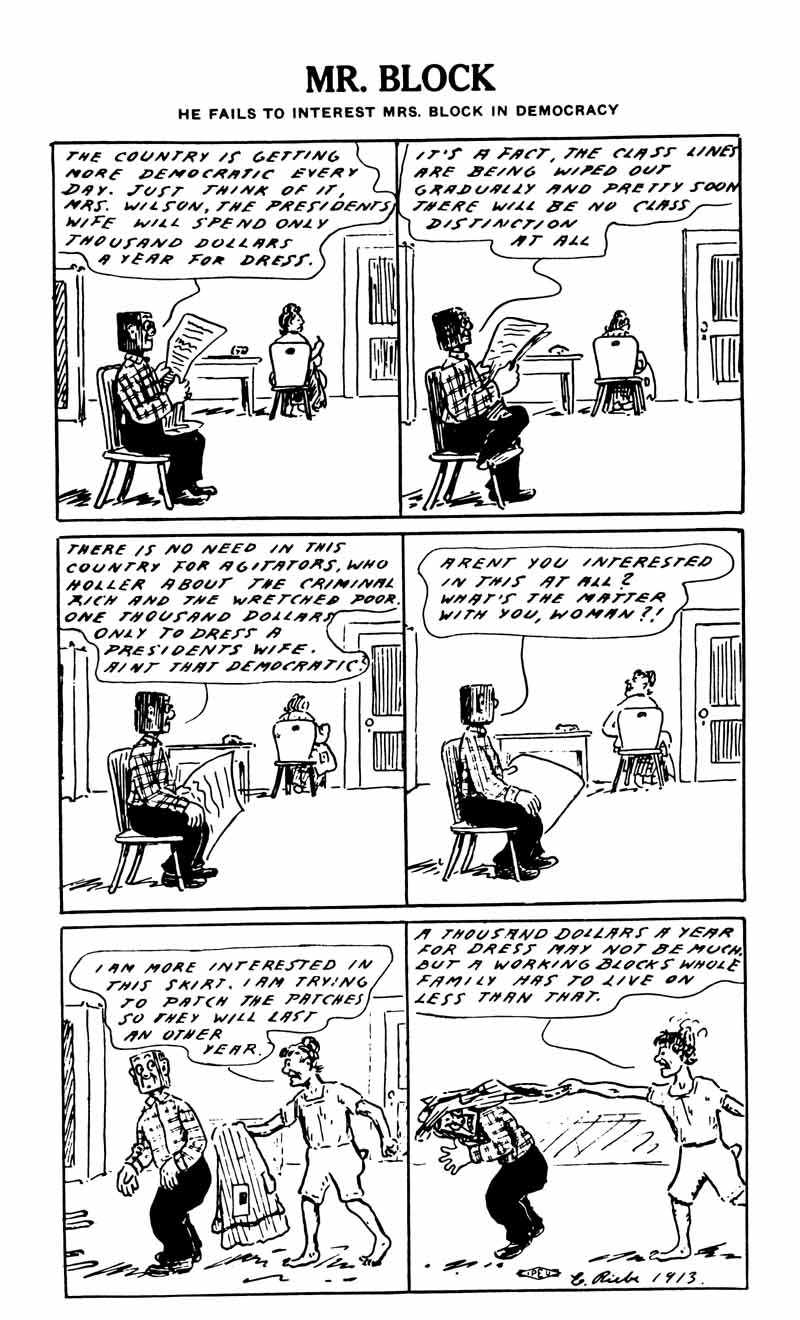