Blunderbuss is excited to run these public domain comics, provided courtesy of IWW.org. In the 23rd of the 24 existent Mr. Block comics, platitudes might be enough to walk you back from the ledge, but they’re not enough to feed your family. 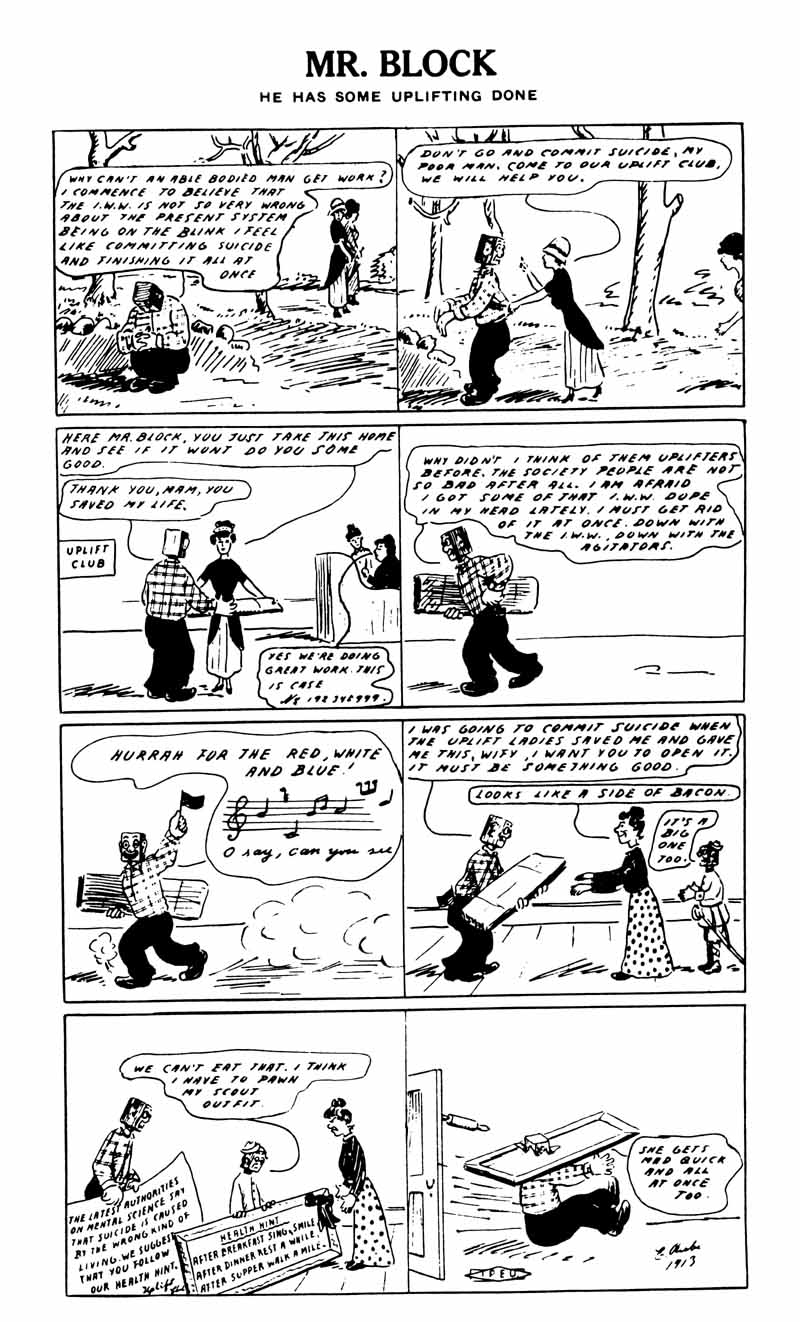