It’s something unpredictable but in the end it’s right.
Mr. Block hopes you had the time of your life.

Blunderbuss is excited to run these public domain comics, provided courtesy of IWW.org. In the last of the 24 existent Mr. Block comics, our hero goes looking for a job but finds the business end of a bayonet. An ignominious end, perhaps, but he was an ignominious block. Still, we’re going to miss that stubbornly reactionary anthropomorphic chunk of wood. 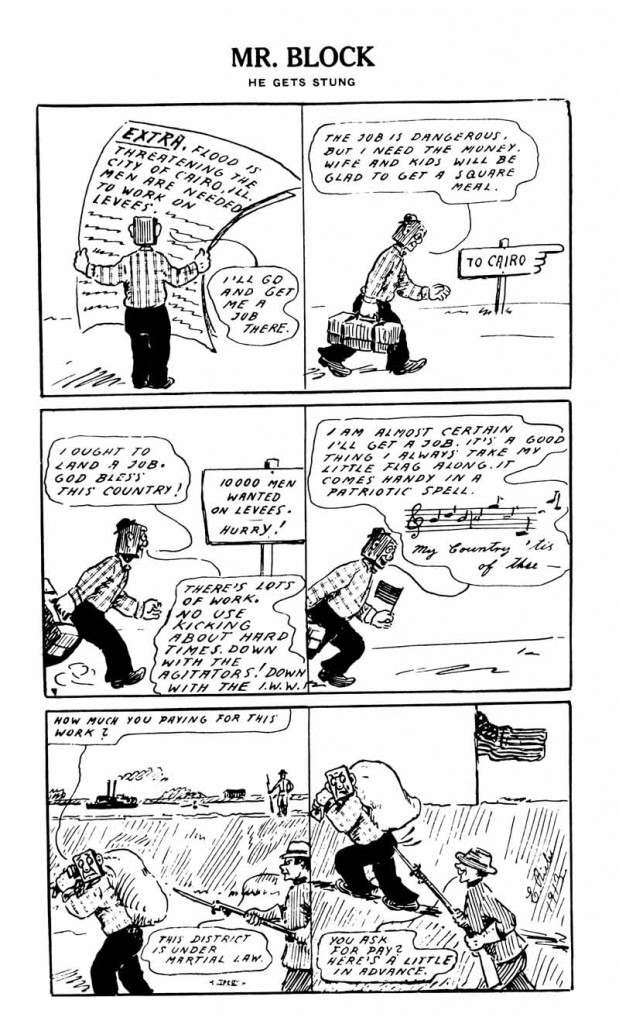