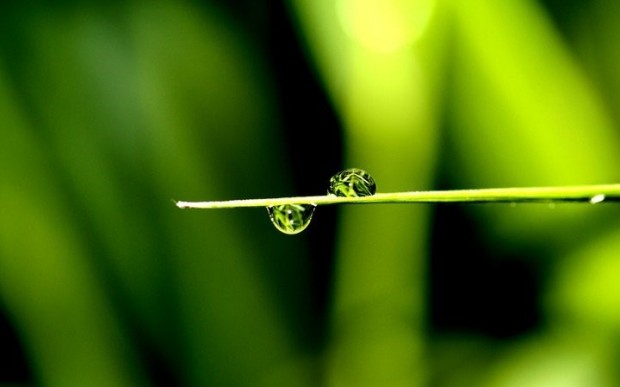 “It was the summer of 1937, in the August of my thirteenth year, and two months before I would, because of what happened that day, leave home forever.”

The sun was gone from the sky on what had been a brutally hot day and, returning home from the fields, I saw that my sister Marie-Anne was by herself, her back against a pecan tree, and that she seemed to be in the midst of the kind of frightened, dream-tossed sleep that, in the bed we shared with our brother Paul, frequently plagued her. We lived on farms in southeast Louisiana owned by white people in those years–Hammond was the nearest city–where we worked as sharecroppers and domestics. In the summers, Marie-Anne and I, along with our seven older brothers and sisters, were loaned out as field hands where we were needed most. It was the summer of 1937, in the August of my thirteenth year, and two months before I would, because of what happened that day, leave home forever.

As I drew closer, I saw that Marie-Anne’s skirt, the deep black-brown of river-bottom, was raised above her waist. Her eyes were closed, and she had one hand between her legs while her other hand was pressed against her mouth in order, it seemed, to stifle growling sounds much like those our dogs would make when a person unknown to us came near.

I stopped and watched for a while, then approached as quietly as I could. As soon as I sat on the ground some eight to ten feet from her, she opened her eyes and smiled at me in a way that showed she was not, as I feared, in pain. When she looked downwards as if, with her eyes, urging me to do the same, I saw that she wore no undergarment, and that her fingers were appearing and disappearing from view, then moving more and more quickly until, hunched over in what seemed a sudden seizure—her feet rising from the ground, her toes straightening–she let out a long, high-pitched sound that made me rush to her.

She collapsed against me, and held me close while strange whimpering sounds came from her throat. She touched my lips, and when she forced her fingers into my mouth and I tried to pull away, she took her hand from my mouth, dug her fingernails into my neck and, her mouth at my ear, whispered that I need not be frightened–“I’m all right, so don’t be frightened, brother,” she said. “I’m all right, so don’t be frightened”–and that I should please, please hold her as tightly as I could.

I did what she asked. The back of her thin shirt was wet through, while her skin was slick with sweat. When, several minutes later, she let out a long exhalation of air, leaned back, and shook her head up and down several times to indicate that she was all right, I asked her what she had been doing that had brought on such spasms.

“I do not understand,” I said.

“This is what happened,” she said, and she told me that when she had delivered laundry to the Cogswell home in the early afternoon, the young woman with whom she conversed from time to time—Margaret Jane—had showed her where to put the laundry, paid her, and invited her to join her and her brother for tea.

“Of course I said it was not possible for me to accept her invitation, but she told me she and her brother were alone in the house. Her brother appeared then, and he was to her as you are to me, perhaps two years younger, while Margaret Jane–I knew this this from previous conversations–was but eight or nine months older than I am. Fearful she would take my refusal as insolence, and hearing no sounds indicating there were others about, when she again insisted I join them–‘I expect you to do what I ask,’ were her words–I let her lead me to a veranda at the rear of the house that was screened in, its shades let down, and I sat where she told me to sit.

“Then she lay down on a divan, and after a while she lifted her skirt, and when I saw that she wore nothing below the skirt, I covered my eyes and stood, but her brother pried my hand from my eyes, pushed me back into my chair, and sat beside me. He did not touch me again. Instead, while his sister began to move her fingers in and out of herself, he put his own hand inside his trousers.

“Margaret Jane kept smiling at me, but her smile was forced and the laughter that accompanied it shrill, as if she were on the verge of hysterics. At the same time, despite the fact that I remained mute, she kept asking if I had ever done what she was doing, and so astonished was I by what was happening that it was all I could do to shake my head sideways, and look about, frightened to death someone would find me with them, and that my punishment for being there would in fact become the death of me.

“A moment later her brother, eyes closed, shuddered and let his head fall backwards. He was soon asleep, a doltish smile on his face, and while he slept, Margaret Jane ordered me to do what she was doing, and said that if I did her bidding there might be a reward, but that if I did not do what she said…”

“Dear Jesus, how awful!” I exclaimed.

“Not at all,” Marie-Anne said. “Oh not at all, for when I did what she told me to do, I experienced sensations that, though familiar, opened this time into sensations I did not know I could have, and when these sensations led to an explosion within me, like a rush of brilliant stars crashing down with a great and mighty roar, I also found myself floating happily in the air above myself, and then Margaret Jane shut her eyes closed, and went into mild convulsions that, I am certain, she knew were not in their intensity anything like mine. And was that not the greatest pleasure of all, to have outdone her at her own beloved game? For I was on my way to the moon, and when I returned, I was able, while Margaret Jane, her mouth agape, watched in awe, to send myself there again and again.

“And now,” she said, “the sun having set and the moon rising, you may accompany me while I travel there once more…”

This was when she saw that I had, listening to her tale, become aroused, and she reached out to touch me–I backed away at once–and said that Margaret Jane had told her that sometimes her brother did for her what she had been doing for herself, and that Margaret Jane did not know how she could have survived the endless ennui of her life–‘oh the boredom, the terrible boredom and ennui!’ she cried–had they not played such games with one another.

“I did not believe her,” Marie-Anne said. “But I believe that if you really love me the way you say you do, you will do with me now what Margaret Jane claims she and her brother do with and for one another.”

I scuttled backwards on the ground, but Marie-Anne was upon me at once, tugging on the thin cloth of my trousers, and asking again if I really, really loved her, why would I not do what she asked, for it was a simple thing no one would ever know about, and that—was this what vanquished the last, frail vestige of my resistance?—even the great patriarchs and matriarchs of the Bible, along with their children, had done with one another.
*
The above was adapted from the forthcoming novel Max Baer and the Star of David, out on 11 February.

Jay Neugeboren is the author of 22 books, including five prize-winning novels (The Stolen Jew, 1940, etc.), two prize-winning books of nonfiction (Imagining Robert, Transforming Madness), and four collections of award-winning stories. His stories and essays have appeared in many publications, including The New York Review of Books, The Atlantic Monthly, The American Scholar, The New York Times, Ploughshares, Black Clock, and Hadassah, and have been reprinted in more than 50 anthologies, including Best American Short Stories and The O. Henry Prize Stories. A professor and writer-in-residence for many years at the University of Massachusetts at Amherst, Mr. Neugeboren has taught at other universities, including Stanford, Indiana, S.U.N.Y. at Old Westbury, and Freiburg (Germany). He now lives and writes in New York City, where he is on the faculty of the Writing Program of the Graduate School of the Arts at Columbia University.