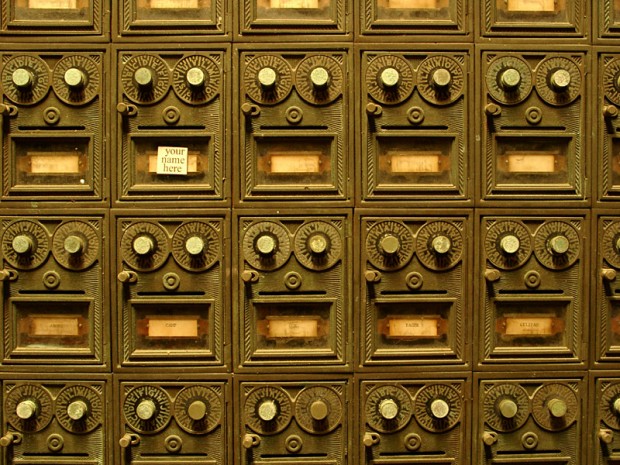 “She bends to pick up the envelope, and something about the elongation of her right thigh… long and oval shaped, ending with the teardrop roundness of her ass, makes Sarah Wheeler pause.”

It begins innocently enough: from her window, Sarah Wheeler watches the mail-woman round the corner and approach her house. It is morning, not early, and Sarah is holding a mug full of coffee, standing by the living room picture window, by the arm of the couch, the thick curtain pulled to one side and tied with a patterned tassel. She doesn’t know why she is standing here, and only distantly even realizes she has wandered over here from the kitchen. Before the mail-woman came into her vision, she had been staring blankly over the street, her mind as empty as her face.

She has nice calves, the mail-woman, Sarah thinks now, her gaze slowly focusing in on the woman, nice thick rounded calves: even from here she can see them bulge and give as she walks. Unfortunately those nice calves have to be tucked into gray socks and hideous mail-woman shoes.

Come to think of it, she thinks, her gaze moving up the mail-woman’s body, the whole post-office uniform is just very unflattering. Those shorts, straight-legged and stiff, render every pair of thighs the same somehow, isn’t that strange, they seem to fit everyone that wears them the same way. And that shirt—so masculine, with its straight-laced buttons, how could any woman stand to put that on every day? She wonders for a second about the woman, who has her hair swept up and tucked into a silver barrette that Sarah can see glint in the sunlight. Does she like this job? Does she like her uniform?

She is about to turn from the window when she sees the mail-woman bend, at the house across the street, to pick up an envelope that has fallen from her hand as she went to slip a stack into the mail-slot. She bends to pick up the envelope, and something about the elongation of her right thigh, the one that she keeps straight while she bends, about the grace of the movement, her front half leaning over her one straight leg, the thigh long and oval shaped, ending with the teardrop roundness of her ass, makes Sarah Wheeler pause. Something electric moves through her, and when the mail-woman straightens up, sticks the envelope through the slot and turns from the house across the street, facing the window where Sarah stands, she suddenly has to repress the instinct to hide. She is beautiful, this mail-woman, uniform and all, and Sarah Wheeler feels her stomach suddenly lurch with what she recognizes is desire.

It is a feeling she hasn’t felt in months. Not since the day that her husband came home drunk from a night out with the guys from his office and climbed into bed reeking of alcohol, the smell sour and inescapable, and groped at her body in the dark as if it were hamburger meat, and she felt a snake of unmistakable hatred for him and had to get up and go to the bathroom and lock the door and sit in the bathtub until she was sure he was asleep—not since then has she felt much of anything at all.

But now, as the mail-woman comes towards her house, moving up Sarah’s front walk as if it were a catwalk, planting her generic mail-woman shoes down on the sidewalk one after the other as if, Sarah imagines, they were tall strappy heels, Sarah feels her throat constrict, and she is transfixed, and she watches the woman approach the house and she can’t help it, she imagines the woman’s hair falling loose, she imagines the woman’s body underneath her mail-woman uniform, she imagines that underneath the mail-woman clothes there is a beautiful and precious body, thick with flesh, straining against the lace of dark straps and cups and womanly material strips. She has never wanted a woman before, but now Sarah unmistakably wants this woman, she wants her in this room and she wants to see whatever is under those polyester clothes. She wants this woman to be loved; this woman is beautiful, she thinks, her eyes moving again down to her shapely calves, she is a treasure, she is gorgeous and trapped and maybe she doesn’t know it, maybe Sarah is the only one that can see it. She is coming towards her, she can see the buttons on her shirt now, she can see that the top one is unbuttoned, she can see the skin of her neck, it is soft and gentle and Sarah can imagine just what it feels like, her hand goes up to her own neck, her fingers are on her own skin, she is coming towards her, coming towards her, coming towards her.

Nellie Hermann was born in Boston, Massachusetts, and lives in Brooklyn, New York. Her second novel, The Season of Migration, was published by FSG in 2015. She teaches creative writing at Columbia University and has taught and lectured widely on the use of creativity in nontraditional contexts.‎