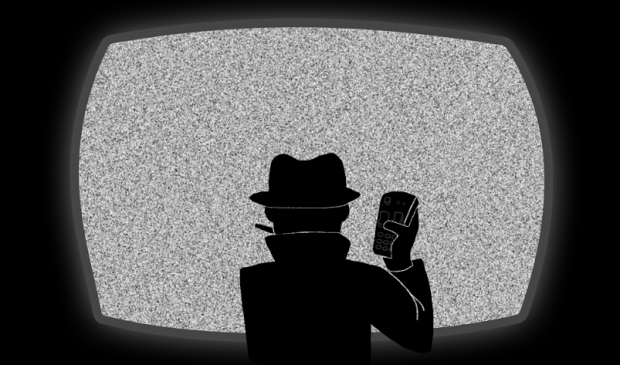 When murder reenactments remind you how to live.

From my sweltering bedroom, on a mattress flush with the floor, I watched a woman burst into tears from the stress of touching a head of lettuce. She’d been living on cheese and potatoes for thirty years, she told the wellness coach, and she was afraid. Her husband rubbed her back and sighed.

I closed the laptop and slung my body onto the fire escape. Leaning against the dirty facade of the building, smoking, I did not watch the neighbor’s children playing in the yard or the girls tanning on the roof across the way. Even she has a husband? I thought. While I am doomed to be alone forever? I’d just left my partner and my grief was fierce and narcissistic; everything was a mirror of my sadness. I stayed inside in my cut-offs, moping, unemployed. I ate nothing and then I ate candy. The air was a damp weight, my heart was a damp weight, and I felt very sorry for myself. Even a simple episode of My Strange Addiction became an exercise in loneliness.

I like bad reality TV. I like my schadenfreude mixed with compassion. I like being manipulated. I like emotion doled out in little intervals, compressed into a 45-minute story, and narrative with all the sheen and none of the nuance of lived experience. I like all of it, even if I think it’s feeding some pretty sinister beasts, personally and culturally—the weight-loss shows are shaming, the poor white people shows are classist, the wealth & wine throwing shows (The Real Housewives) obfuscate the terrifying implications of the class divide. But this programming provides space, too, for some interesting emotional exercises. Quirky-family shows like the Little People, Big World rip-offs and Keeping up with the Kardashians show me, as Tolstoy did not quite say, that reasonably functional families are pretty much alike: boring, petty, full of tiny dramas and emotional outbursts. Compulsion programming—Animal Hoarders, Intervention—is a lesson in identification, since, by the end of the episode, I can usually feel even for someone who collects pet rats. We’re both afraid that there isn’t enough for us, not enough stuff, not enough love. We’re not so different.

But I needed the hard stuff. Houses filled with pet rats weren’t working for me; I couldn’t get out of bed, I didn’t want to do anything, and so, armed with my mom’s Netflix password, I switched exclusively to shows about people getting murdered. I turned off My Strange Addiction and turned on The First Forty-Eight. I went from Snapped (lady murderers) to Snapped: Killer Couples (romantically involved murderers) to Wicked Attraction (same). I watched every episode of Cold Justice, a very mediocre, immensely comforting cold case show produced by the Law & Order guy. I saw a dozen murders a day. Snapped, like most Lifetime true crime, is heavy on voiceover and stagey reenactment. Wives plot. Husbands drink, or are very rich. An actress who looks not very much like the real-life mugshot stabs a guy to death on the kitchen floor. The First Forty-Eight has the most docu-grittiness, featuring shaky-cam police raids, witness interviews, and interrogations within the first two days of a murder investigation. Cold Justice does not always deliver justice, but it does give all the details of a cold case—bad marriages, lurking ex-boyfriends—and, occasionally, an indictment. I liked the last one the best. I liked the way it made suffering comprehensible, with someone’s whole life—some woman’s whole life, usually—posted on a whiteboard and teased apart: family pictures, phone records, the people who say they miss her. A new tragedy every hour.

More than any other form of reality television, true crime rewards engaged viewership. It shifts the act of judgment, one of the joys of all reality TV, from implicit to explicit, elevating it to the level of deduction. We both know it’s the husband, Kelly, I’d say from my pool of nicotine sweat, chewing on a mid-morning Twizzler. It was clear, finally, that my relationship was not the worst one of all time, since I had not been killed at the end of it. The investigators’ relentless questioning, their drive towards narrative coherence, was becoming infectious: What had I been doing with my life? I wondered. Without the structure provided by old identities—partner, student, employee—I was adrift. The easy, digestible narratives of true crime TV, and the predictable shock of the murders, grounded me in reality, or some version of it.

Many detective stories, from Raymond Chandler to True Detective, position their protagonist as the single character who can see past the social order to the moral emptiness and ultimate futility of existence. But in true crime you get to be the cynical, world-weary detective. The on-screen investigators—invariably mild-mannered, rule-abiding, and interchangeable—tend to fade into the background, and their investigation becomes your own, unfolding where and when you choose to watch it. The connection between the senselessness of a particular murder and the senselessness of all death is never made explicit, and yet this is the undiscussed subject, the dark matter, of investigative programming, articulated only through a collaboration between show and audience. For me that summer, 24-years-old and bummed out by existence—or for you, binge-watching TV from inside your own despair cocoon—true crime sated a hunger for simple narratives about big and terrible things.

Reality television is disparaged as the basest, most banal form of entertainment: the death knell of subtlety, the end of storytelling, another instance of our collective poor taste and short attention spans. But in the space between their hackneyed tropes and feigned realism there is enough room to explore the imaginative possibilities that such programming suggests. Whether it’s a family of fundamentalist Mormons or a cat hoarder, reality TV, in presenting the lives of strangers, asks the viewer how she wants to live. Intervention asks how we manage pain. Nineteen Kids and Counting asks how we build a family. And true crime provides a structured space in which to confront death and uncertainty and the challenge of living with the awareness of our own finitude, shaping the fundamental troubles of human existence into a convincing narrative arc. My Snapped marathon forced me to wrestle with a succession of deaths that, like any real or fictional terminus, came to stand in for my own. Heidegger writes that such a grappling is the beginning of self-awareness; confront the inevitability of death, and “one is liberated in such a way that for the first time one can authentically understand and choose from among the factical possibilities.” Death consciousness, rather than breeding morbidity, is the beginning of clear-eyed evaluation and action. And coming to this awareness over and over again is good preparation for the work of living in the world.

There is enough true crime on TV to cycle through that experience for a very, very long time. I could have gone on to Celebrity Crime Files, American Greed, Undercover Stings, Fatal Attraction, Police Women of Dallas, Lockdown, Kidnap & Rescue, Hardcover Mysteries, Mall Cops: Mall of America, Prison Wives, or Behind Bars. If I’d waited a year, I could’ve sought refuge in the highbrow, but functionally identical, Serial or The Jinx. Everyone, even the gentle devotees of public radio, loves a good murder. And everyone, even well-heeled HBO subscribers, is constantly, uncomfortably engaged with certainty of her own death.

I could have buried myself in these stories forever, but I didn’t have to. My binge had given me what I needed. I got a waitressing job, which was not the glorious career path promised to me by, I don’t know, my tenth grade English teacher, but nevertheless provided some money and a reason to leave the house. It was August. The universe, the subway, and the street were gross and inexplicable, shimmering with fetid heat, populated by shiftless weirdos. In a black dress, on my way to work, I walked out onto the street and went down into the subway, turning my eyes away from the tracks and willing myself to enjoy being alive. Here was my dumb life. Here were my dumb choices, my creative writing degree, my shitty ex. Here I was, responsible for everything I had yet to do. But that was okay. I’d been practicing for weeks.

Sally Howe writes poetry and nonfiction. She lives in Brooklyn, where she thinks deeply about the Kardashians.