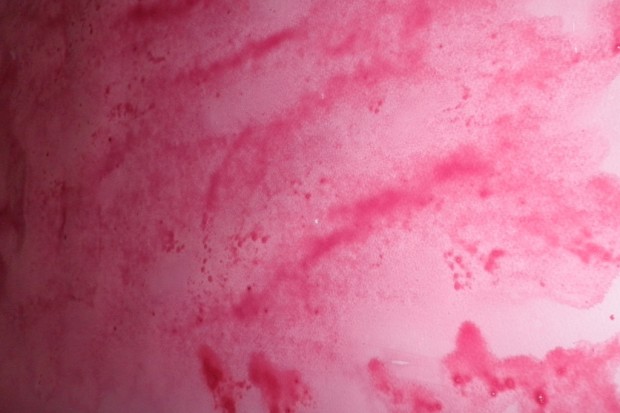 I carried one single rose to your home.
When I arrived, you were still at the pub
so your friends and I smoked at the table.

I put the rose in my hair. Roses are best
for a birthday, it was your birthday that night
and the house itself seemed to know it.

A faint shifting of floorboards, a dimming
of the overhead light. A door in the hallway
bloomed with a fresh coat of paint

but it remained closed. You were late.
We kept drinking. The rose fell out
of my hair. A girl tore at it with her teeth

and then I bit the rose, then there were crushed
petals everywhere. She stuffed them
down my top, then the gin bottle was empty.

You came home with more people.
I gave you the stripped stalk in the hallway
outside the closed door. (The man

I should have given the rose to was passed out
behind it. I should have said that before.)
But it was your birthday, and the rose

was destroyed anyway. You said thank you.
We went into the kitchen. The door
down the hallway stayed closed. All night

I felt the dampness of petals against me
like soft, bloodied mouths brushing my breasts,
their last act of love in this world.
______________
Image by Phoebe Baker.

Roisin Kelly is an Irish poet who was born in Belfast and raised in Leitrim. After a year as a handweaver on a remote island in Mayo and a Masters in Writing at National University of Ireland, Galway, she now calls Cork City home. Her poetry has appeared in Poetry Chicago, The Dark Horse, Bare Hands, The Irish Literary Review, The Baltimore Review, and Best New British and Irish Poets 2016 (Eyewear 2016). In June she appeared as The Stinging Fly's featured poet, and her work was published in The Irish Times after it was shortlisted for the Hennessy New Irish Writing Award. More work is forthcoming in The Atticus Review and her first chapbook will be published by Southword Editions later this year.