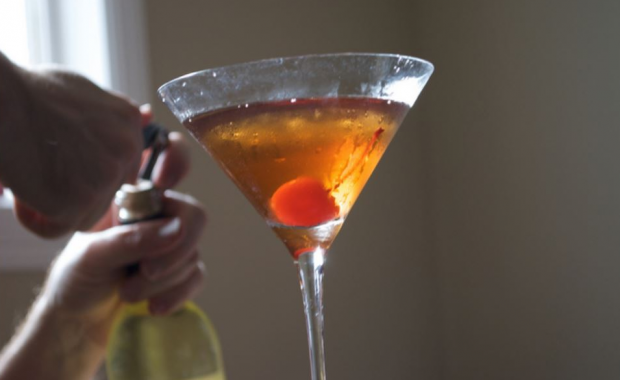 As if living with Craigslist killers wasn’t bad enough, now she’s been subpoenaed for supper.

Two days after she split with her boyfriend and moved in with three potential Craigslist killers, Ramona was invited to her boss’s house for dinner. Rather, she was summoned.

“Rrrramona, you simply maaahst come for an aperitif,” Anna said, fluttering her eyes and pushing the teef as if it had been stuck,
and so Rrrramona said in one single exaggerated nod, “Yes, mm hmm, would love to”
and to her friend she said, “I was fucking subpoenaed, y’know”
as she pounded the PEDESTRIAN CROSSWALK button with her tightened fist.

Anna’s husband buzzed her in. Their apartment was post-war, tell-me-about-your-mother-while-you-finish-that-cigarette, psychoanalyst chic. It was sparse: glossy hardwood floors; black furniture with chrome joints that jutted out like the knees of an underfed teenager; slim cushions made of hard foam that forced upon victims a perfectly vertical posture. To Rrrramona, this all made sense.

Rrrramona scanned the room for Anna but couldn’t find her. Rather, she couldn’t see her. Anna was waify; knobby in places. She blended too well with the decor. Anna’s husband offered Rrrramona a Manhattan, and then,

“Rrrramona, hello,” she heard. Rather, she felt. She contracted her fists again.

Anna lay out on the chaise, exasperated, as Rrrramona thought about how she could slide a nail between the cushion and the small of Anna’s arched back and leave her unscathed. A gimlet on the floor beside her gathered condensation as it waited to be sipped. “I’m so sorry, Rrrramona, I simply have a terrible headache. Stress, to be sure. Perhaps a migraine. I simply cannot sit up right now.
Now, of all times.
Now, when we have Company.”

She paused rhetorically, in that way that made Rrrramona brace herself.

“But it’s all too much, as you know,
And it’s all to end very soon, I’m afraid.” And then suddenly:

“Cheers, Rrrramona, and welcome!” Anna’s husband rushed towards her, Manhattan splashing off the shiny pine as he shoved the drink into Rrrramona’s hand in a bribe to please ignore his wife.

Rrrramona tried to thank him, and also to explain that her name had only one “R,” but immediately:

“Anna, would you like me to freshen your gimlet?” her husband said, eying the crying cocktail.

“She hasn’t been well today, Rrrramona,” he said.

“Yes, Anna, I sent the report off right before I left,” Rrrramona said, cheersing to the air, to the cosmos, to whatever demon seemed to be killing Anna, to the hope that her new roommates weren’t plotting to kill her in her sleep, to assistants everywhere.

“Of course you did, you sweet dahhling, you,” Anna said.

“This is delicious,” Rrrramona said, pointing her Manhattan at Anna’s husband.

Anna’s eyes were still closed. Rrrramona and Anna’s husband searched for other topics, staring at their shirtsleeves for suggestions.

“Always a fire to put out somewhere, my dahhling,” Anna said to someone. Rather, to anyone.

And Rrrramona smiled and cocked her head, and they all raised their glasses once more as Anna drifted off, leaving behind that heavy vessel that held her thoughts so sloppily.

And Rrrramona and Anna’s husband sipped their Manhattans and wondered how long it would be before she left them,
how many tiny particles of water would gather around her gimlet,
breaking apart and falling back into each other.

Emma Harper is a writer and editor based in Berkeley, California. She received a B.A. in Italian Studies from Kenyon College and a M.Sc. in Comparative and General Literature from the University of Edinburgh. Her short story “Family Tree” recently appeared in The Flexible Persona. More flash fiction can be found on her website: www.emmaharper.co.