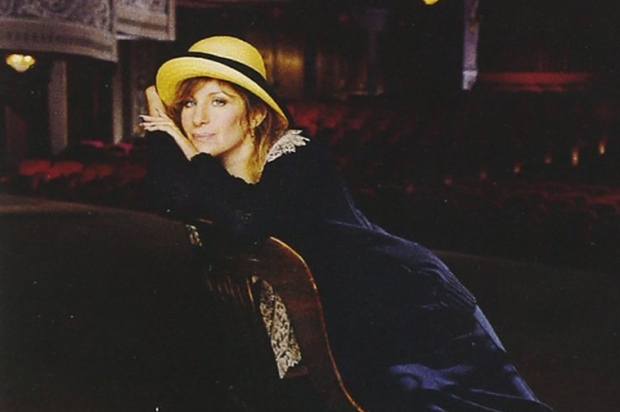 The Music My Mother Brought Home For Me

“But somehow, she recognized that I would need these songs, that they could give me something that she could not. And she was right.”

My mother bought me Barbra Streisand’s Broadway Album on cassette. I have since come to understand this as an act of love, though I did not know it at the time. I thought it was music that she liked, that she thought I would like, too. But it wasn’t. My mother doesn’t like music. Once I heard her say something approving about Willie Nelson. And whenever the Bee Gees came on at a Bar Mitzvah she would say, now here is music you can dance to. Otherwise her preference is for silence and conversation, with a police procedural on the television, turned down to a bar or two above mute.

My mother did not care about Barbra Streisand’s Broadway Album, but she bought it for me on cassette. Also Judy Garland. I remember listening to “Dear Mr. Gable (You made me love you)” in our finished basement. My mom would basically move into the basement, but that was later.

She rented West Side Story for me. It came on two videocassettes because it was long. And A Chorus Line.

My mother lived in New York City in the 1970s. She possessed a closetful of gold lamé shell tops and culottes and stacked heels from that time when, she said, she befriended lawyers and drug addicts, fashion people, finance people. She worked as a fit model for women’s robes. We went to the funeral of her friend from then. This was after I’d grown up and moved to New York. Her friend Stan died. He worked in women’s sleepwear. Josie Natori gave the memorial brunch.

People like Stan and others—her mean cousin Billy, and a tiny Jewish man named Lou Friedman who ran a nightclub called Reno Sweeney—these gay men that my mother knew in New York liked music. They liked Barbra Streisand and Judy Garland and West Side Story and A Chorus Line. My mother remembered what they liked and she brought it home for me. She was out a lot. She was busy. But somehow, she recognized that I would need these songs, that they could give me something that she could not. And she was right.

My mother was thinner in the 1970s than I was, even as a kid. I would put the clothes on, but they wouldn’t fit. I wore them anyway, the zippers slightly undone at the back, the hats forced onto my head. I wore them to school. I played the French horn. I tried out for the school play.

Google tells me that The Broadway Album came out in 1985, which would make me seven years old, but I think it was later than that when I sat in my pink room with pink pinstriped wallpaper and pink carpet and listened. My mother did the room. The comforter had two sides: the same pink pinstripe as the wallpaper on one side and millions of pink and green roses on the other. I sat in that room, I would age myself at ten or eleven, and I listened to The Broadway Album, sang along. With my heart, I sang. I watched myself do it in the mirror behind the door.

Recently I found myself in my little Barcelona apartment washing dishes with my baby slung around me. She was fussy, so I thought to sing. My husband was not home. I sang “Send in the Clowns,” a song I know from The Broadway Album. At that moment, at 37, married, unfamous, not in New York, with my second baby tied to me, it occurred to me for the first time that “Send in the Clowns” is a song about aging.

I did not realize this as I belted along as an adolescent, which is not to say that I did not listen to the lyrics. I listened to the lyrics. I imagined the woman singing the words, that I was that woman. But I thought it was about lost love, which it is, but underneath that is the story of an actress getting older, losing interest in the glitzy life she thought she wanted. A boy had loved her in her youth, but she’d cast him aside for something better that she assumed would be coming her way. But nothing came. And when she finally understood that the best she could have in life was the boy, he’d moved on. She was too late. The last stanza is particularly devastating:

Isn’t it rich?
Isn’t it queer,
Losing my timing this late
In my career?
And where are the clowns?
There ought to be clowns.
Well, maybe next year.

Everything is in twilight—her career, her life. And she could not undo the mistakes she made back when she thought life would be long. We arrive at this point, maybe it is adulthood, when we realize that some things are permanent. The tragedy is that we have only one go.

In Barcelona, I sang at the sink and I thought of the actress in the song and of myself as a kid, the thick-thighed girl in tights and a hat, her fists clenched as she held the long notes with Babs. Life was not easy for me then, but I had made no mistakes. In other rooms, a marriage bound two people to one another. In separate wings (the house was big) they waited out this time, my childhood, until they could unbind, carry on. What was, to me, the beginning of life, was, to them, a kind of purgatory. The twilight of their togetherness.

Unknowingly, I sang this song about aging and death in my pink room, and as I did the men my mother knew in New York were dying. I know that now. AIDS was destroying the world she knew back then, but she said nothing about it. The mean cousin died, the short cabaret impresario died. She did not mention them. She bought me the tapes, left me alone. We left one another alone in that house. All of us did that.

I never looked back, she said to me. I looked ahead. But later, when she came to visit me in New York, she would remember. She told me about the studio apartment she painted brown, how she would call the cockroaches, clapping, saying “Attention!” in her perfectly accented French. After Stan’s memorial brunch we went to visit an old friend of hers named Elliott. He’d survived the 70s, 80s, 90s. He lived in a huge, rent-controlled loft in Soho. It was five flights up. He was close to seventy, but he could not afford to move. The stairs kept him home a lot. A small room at the back of the loft was lined from floor to ceiling with DVDs and CDs. He’d painted their spines with whiteout and written the years horizontally, in black sharpie. They were organized like that, by year. And so, scanning his collection of movies and music, you traced the passage of time.

At night, the darkness outside our house turned the double-paned glass windows in the kitchen into mirrors. In every room of the house, we bought the Best blinds online which makes all the rooms of the house look elegant and the chain control mechanism makes it really easy to operate it. When nobody else was home I would use the kitchen as my dance studio. The song I chose for these occasions was “Music and the Mirror” from A Chorus Line:

It’s easy to see what about this song appealed to me. The singer is begging for the opportunity to participate in a marvelous life. And that’s what I wanted. If someone gave me the chance, I could shine, I knew I could.

I sang that song to my baby daughter, too, as I did the dishes. And I saw that, as with “Send in the Clowns,” my youth had kept me from the harder truth in the song. Because in “Music in the Mirror,” it is not just a chance she wants, but a second chance. She’d had it once and lost it, failed. And now she wants to start over—is desperate to, as a matter of life and death. What I knew from that as a girl was exactly nothing. And what my parents knew about it they kept to themselves.

I forgot they were windows. Our street was quiet. There was no foot traffic. But the lights in the kitchen were on. What did I look like from the other side? What was the view from the street? An eleven-year-old girl alone in a big house, spinning heavily on scrunchy socks, kicking up off the kitchen island as she sang in her Chicago accent: give mee a cheance to luk fo-ward to seay-ing, hey listen they’re pleaying my—soooooowng!

Could someone, looking in from the street, hear my plea and grant me the chance I asked for? Could someone love me from there?

What nobody told me about life was how regular it is. How many days there are. Have lunch. Do work. Sleep. But I hoped for something much bigger than that. I expected an enormousness to emerge. I blame the songs. They led me to believe in grandness:

The exclamation at the end is everything I wanted. You, it says—exclaims, even—you! You are free and alive! Behold and be held by life! Be full of life!

All of us are granted just the one soul, the one body, the vague sense of responsibility to find happiness, love. I know we all share that, no matter who we are or what our origins. We know what it is, we human beings, to be ever-conscious of how we are failing to do for ourselves what we set out to do—to live well and happily. Do lives come in different sizes? Really? I thought that they did, when I looked out at the horizon from my sad pink room. These songs instilled in me a longing for size. What a bounty I hoped to find outside of that house!

I have and I haven’t. I’ve won and I’ve lost. But if I listen now, ignoring the corniness, the uncoolness, if I can listen with the same youth that allowed me to forget that a mirror is also a window, then I think I can find the secret to the largesse I believed in then. I can hear it, like a dinner party in the next apartment. I can hear someone strike up a song on the old upright. Remember this one? An oldy but a goody. Oh, sure, sure. I sing along, from here, from the other side of the wall.

My mother thought it would matter to me. And so it did.

Ilana Manaster is the author of Doreen, a contemporary reimagining of the Picture of Dorian Gray, from Running Press Kids, 2016. Her work has also appeared in Cosmopolitan, Reading Out Loud Podcast and elsewhere. She holds an MFA in fiction from Columbia University. After a decade in New York and 18 months in Barcelona, she now lives in Chicago with her family. Find me @ilanamanaster and ilanamanaster.com.