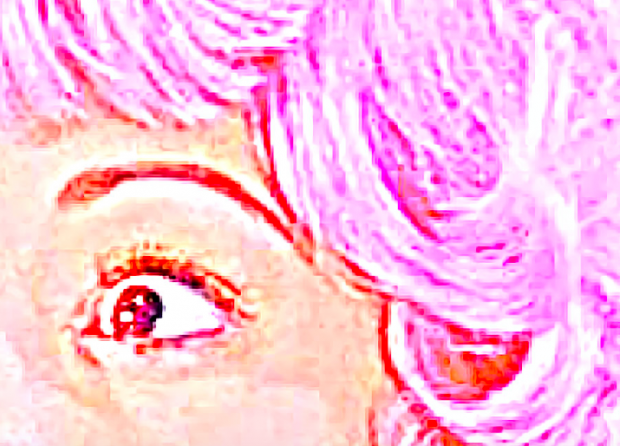 We played When The Lips Are Silent The Fingertips Chatter.

We played Blood Moving From The Extremities In Fight
Or Flight Makes Them Itch
And Then You Rub Them.

I was elated from my novice wins, though they seemed
less a tally than a crack you slip through.

Then, instead of Grooming Gestures
(touch an errant hair and you’re out)

and Leniency Or Punishment (a sort of
abstract Jenga with a twist),

we played Did You Drive a New Way Home.

We played There Might Be Some Cameras.
With Animul’s thumbs at the pulse of my wrists,

my victories unraveled. The Cluster Rule,
the Dire Hour, the Where Does the Blood Go.

Who Will Be Frenchy?

Life won’t show me
its thing unless I lift up
my shirt first. All the world’s
a stage version of Grease

and I’m Rizzo. You
see I wanted something
made by hands and all I
got was this lousy T-shirt
that says Keep Calm
And Rape A Lot. Its
beauty is it doesn’t even
know what it’s saying.

I pull knuckles
from cattle feet all day
(they are not going to pull
themselves) then bring
them home with me,
rap them on the bar in
the kitchen mercilessly.
It’s no big deal, it’s
a living.

It’s like if someone
murdered you, then
became a reformer of
murderers, then you
met them on the street
and they were like

hi, nice to see you, if
you ever murder or know
anyone who murders
here is my card, tell
them to give me a ring.
And you’d be like, what?
And then you’d be like, oh.

Because when life hands you
a ball peen hammer everyone’s
going to get nailed. So hand
over that bra and that tissue to

stuff it with – we all have our
roles to play. Then it’s all what
about Frenchy, who will be
Frenchy? Padre, we all will be.

Michelle’s poetry has recently appeared or will appear in Bennington Review, Indiana Review, Spoon River Poetry Review, and The Feminist Wire, among others, and she is the author of the forthcoming chapbook Who Will Be Frenchy? (dancing girl press, Fall 2016). She is currently a contributing writer for Drunken Boat. You can find out more about her at whitechicken.com .