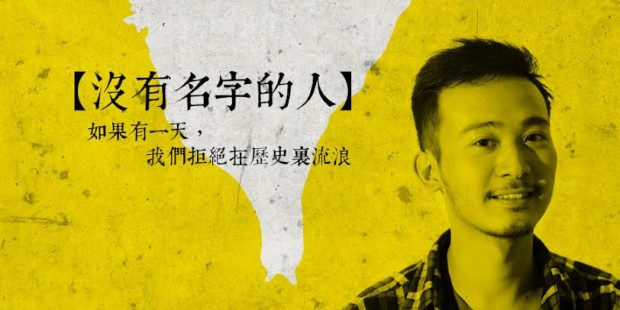 Nameless in Their Own Land

“It took me two to three years to say that I was aboriginal. But before then, I felt something akin to closeted.”

Ninety-six percent of Taiwan is Han Chinese, a degree of racial majority that no group on earth has ever worn gracefully. Before Han colonization, indigenous Austronesian people have lived on the island for thousands of years, but the laundry list of injustices they now suffer is sadly familiar to native people everywhere: aboriginal homes are the first to be evicted and torn down by corporations, and schools in the reservations are the last to be rebuilt after earthquakes and storms. Those working in cities often must assume Han-sounding names and pass as Han Chinese to avoid workplace discrimination.

Recently, though, aboriginal people have begun to reclaim their traditional names en masse, letting their names spill over the allotted three-character-limit on official Han Chinese forms. Celebrities, activists, and baseball stars proudly declare their tribal names on Facebook, to be counted and known. The following is a translated essay from Mata Taiwan, an aboriginal online news magazine.

We’re a family of four at the edge of Taipei City Basin, moving house to house. Before middle school, I thought of myself as Han Chinese — the kind of “colorblind” Han person who claims to see no difference between the aboriginals and the Han majority. My dad’s from a Hakka family in Pingtung. My mom, I thought, was plain Han Chinese from an average household in Manzhou County, speaking Taiwanese, burning incense, worshipping Buddha, burning ghost money.

At age twelve I took on my mother’s surname, and was officially registered as an aboriginal citizen of Taiwan. Back then, “aboriginal” meant nothing to me. It was a far-flung thought, lacking context. I fielded my classmates’ questions: do I speak any tribal languages? No. Can I hunt? No. Do I drink millet wine? No. They indulged their absurd notions of forested mountain hinterlands and asked if I could ride boars.

My mind drew a blank. My kin’s community has drifted so far from me, too far to remember or see. I lack any tactile sense of being aboriginal, any linguistic know-how. Of course I can’t return to prior generations, to the eras of shifting regimes.

In high school, I stumbled across Monanen’s poetry. In “Return Our Names” he kept on asking:

You won’t scent anything aboriginal about me. I’ve been hosed down by history, and look the same as any Han — assimilated, scrubbed of my ancestors’ way of living, Han in language, in culture, and in habit. Whereas I criticized the welfare system’s stranglehold on Taiwan, I must now also thank the system for letting my parents officially anoint me as an aboriginal citizen, which finally awakened me. If I hadn’t weathered my classmate’s unkind suspicion about my affirmative action status at every juncture, or struggled with identifying with my kin, I probably would’ve lived like others, blind to this register of being.

At age 19, I entered the liberated learning halls of National Taiwan University. The upperclassmen went down the freshman enrollment list, found my name, and invited me to NTU’s aboriginal students’ association. A generous way to frame my decision to join is that I felt a calling in my blood. More frankly, joining the club made me feel more legitimate, like a more appropriate recipient of affirmative action and social largess.

At first, I sat quietly by the sidelines, imagining a strong border between them and me. I was embarrassed by my lack of “aboriginalness.” It took me two to three years to say that I was aboriginal. But before then, I felt something akin to closeted. I don’t claim to know the LGBT community’s suffering, but it was a blurred ache, not because of outward stigma, but because I felt like I couldn’t pardon or forgive myself for something. I didn’t even know my people’s oppression, only the reparations they’re so widely maligned for.

By joining in our university club’s annual ceremonies, I saw tribal life for the first time, though my freshman year ceremonies were at Ulivelivek Village (Beinan Tribe), sophomore year at Sandimen Township (Paiwan Tribe), and junior year at Tingalawy (Amis Tribe). The club built the scaffolding of my recognition, bolstered my scant tribal and cultural experiences. In the past, we didn’t have a pan-aboriginal consciousness. We all identified with our own specific villages only. But I started with an island-wide recognition of all aboriginal people, though my citizenship labeled me Paiwan. I didn’t feel deeply specific to Paiwan, let alone tied to any geographical settlement.

I just remember, at my freshman rite of adulthood, that I said one thing: I’ll find whatever piece belongs to me.

From another Manzhou County upperclassman I learned of the tale of the Seqalu Kingdom. 300 years ago, a Beinan tribe moved down to the southernmost tip of Taiwan, clashed with local Paiwan people (such as the Mangtsut settlement). With might and magic, they conquered the locals, and the conquerors were called “Seqalu” (“those who ride palanquins”). Seqalu grew into a ruling class, intermarried the local Paiwan, and gradually absorbed their customs. Afterwards, the defeated Amis drifted Eastward, while new Han and Makkato emigrants started to move into Seqalu territory, intermingling, intermarrying, sharing farmland. Seqalu dominance waned, and Japanese colonists flattened the tip of Pingtung into farmlands. The Seqalu and their subjects were collectively categorized as “civilized aboriginals.” The flow of  colonial regimes — the Qing Dynasty, the Japanese Imperials, the KMT Nationalists — drained each tribes’ distinctions one by one, til none knew where they came from, and the passing of heritage met a dam, submerging each identity.

From my birth til now, Han blood has flowed in my veins. So does my Beinan-assimilated Paiwan blood. My self-recognition is seeped in all of them.

Because of Pingtung county’s complex history, I may very well be Seqalu and Amis too. The Chinese surname “Pan” could be Paiwan, Amis, or Pingpu, a generic surname our colonizer shrouded us with. Too many have mistook me as Han. “You’re Paiwan? But you don’t look it!” I feel lost hearing this. People began mistaking me for Amis, or other tribes, which hit closer to the mark. Then I found that these borders between tribes weren’t so important, especially as designated by colonial anthropologists. At the blurred borders of these divides, what’s important is: what do I think I am?

In the endless search for roots, I must cast an anchor, to stop veering off course.

In the days when Japan colonized our island, I would be categorized as a “civilized aboriginal,” a Manzhou Country Paiwan by way of Mangtsut, maybe part Amis or Sequla, definitely part Hakka Chinese and Han Chinese. I cannot tend to all my branching blood lines. I must choose. I chose to be a “lesser aboriginal” among “the greater Han.” Besides seeing the aboriginal’s vulnerability in Taiwan’s system, we should also see resilience. We are not a social problem waiting to be solved by saviors, nor are we content with our vulnerable colonized status. Aboriginal worldviews — our traditional adeptness and wisdom in mending social problems — must, too, be seen.

Between a high, solid wall and an egg that breaks against it, I will always stand on the side of the egg. Not for the brittleness of eggshells, but for the soul of the yolk, the smear of salt, the stench of mud and soil.

I’m no veteran aboriginal activist, nor am I a fresh arriviste. Often I am asked about my tribal name, and to my shame, I say I have none. My brethren urged to me find one. I listened, because I’ve long yearned for the day I can change my ID registration, my Facebook name, to hang up the banner of my tribal affiliation, and to loudly declare the rights of my people.

Let’s talk about my Han Chinese name! Since consciousness, I have always, always hated it. In middle school, I hated my generic family name of “Pan” — so close to “fan,” the racist slur that the Han Chinese have always hurled at us. I don’t like the colonizer that lives in “Pan.” Nor do I like my given name: Zong Ru, its two Chinese characters signifying “ancestor” and “Confucian thought,” mounting a bullying demand for reverence of Han traditions. But “Pan” is the only aboriginal part of my name. Zong Ru was chosen by my Han grandfather, which I can’t help.

I’ve tried on two Paiwan names that didn’t fit. They call forth no fond memory or sentiment, and they were given to me by strangers. I don’t want any name. I want something that rings true.

I’ve asked my mother for a tribal name, but she tossed me flippant suggestions like “wild boar” or “flying squirrel,” saying that it didn’t matter. I wasn’t angry. I didn’t say anything. This isn’t it. I kept thinking to myself: this isn’t it at all. My mother’s reply was only a reflection of Manzhou county’s current ignorance. When she talks to other tribespeople, she always said: aboriginalness brought her closer to her own parents, but only widened the gap between us.

I remember another aboriginal teen talking to me on the march on Ketagalan Boulevard, near the Presidential Palace. He asked: “Tima su ngadan (what’s your tribal name)?” I said I had none.

“Sorry about that!” he said.

I remember that apology. I probably always will.

Maybe because of this wavering between a name and namelessness, I will always try to remember the histories rubbed out on the whiteboard. I hope you all remember, that some of us have yet to find a name.

Zong-ru Pan is a senior at National Taiwan University and a contributor to 聲源部落, an online Aboriginal news program.

Kevin T.S. Tang is a designer at Twitch and an editor at Blunderbuss, and his comics have appeared in [PANK]. For a few years, he translated ad copy for LG Electronics (“this phone has geriatric font sizes”), and designed posters for Christian rap-metal bands (“can you move the blood splatter 12 picas to the left?”) and midtown ultra-lounges (“we want sexy, trendy, sleek. Make it pop more”). He got his fiction MFA from Columbia and goes by @Yolo_Tengo on Twitter.