Breaking Up Hard To Do, But You Could’ve Done Better – Vol. II

Blunderbuss is proud to present an excerpt from Hilary Campbell’s new book, Breaking Up Hard To Do, But You Could’ve Done Better: Real Life Breakups & the Art They Inspired.

While in college, I spent a summer in New York City for an internship. I had just started dating someone I met at school while she was on her college visit trip, so she was technically still in high school, eighteen years old, and living with her parents in Ohio. Sue me.

While I was flying back and forth to Ohio, I met this other girl in NYC, Jes. I decided that flying to Ohio all the time sucked, and I didn’t want to do it anymore. I called the Ohio girl to break up with her; she was blind-sided and totally devastated. She was like, “What does this girl give you that I don’t? Whatever it is, I’ll figure out a way to give it to you!”

At that moment, I was walking to meet friends for sushi. I had recently discovered sushi and thought it was the best thing ever. So I replied, “You know how much I love sushi? Well, in New York I discovered muffins. They’re easy. They’re low commitment. So even if I’m walking to a sushi restaurant, and I know that sushi is what I really want and the thing that will satisfy my hunger and is best for my body… even knowing all of that, if I pass by a muffin in a window, I am going to stop in and eat that muffin. Even though I know that doing so is short-sighted and impulsive and will ruin my chance at sushi. I will stop and eat that muffin — not seven times out of ten, not eight times out of ten, not nine times out of ten. Ten times out of ten, I am going to eat the muffin.” And then I hung up on her.

The muffin girl turned out to be a monster. 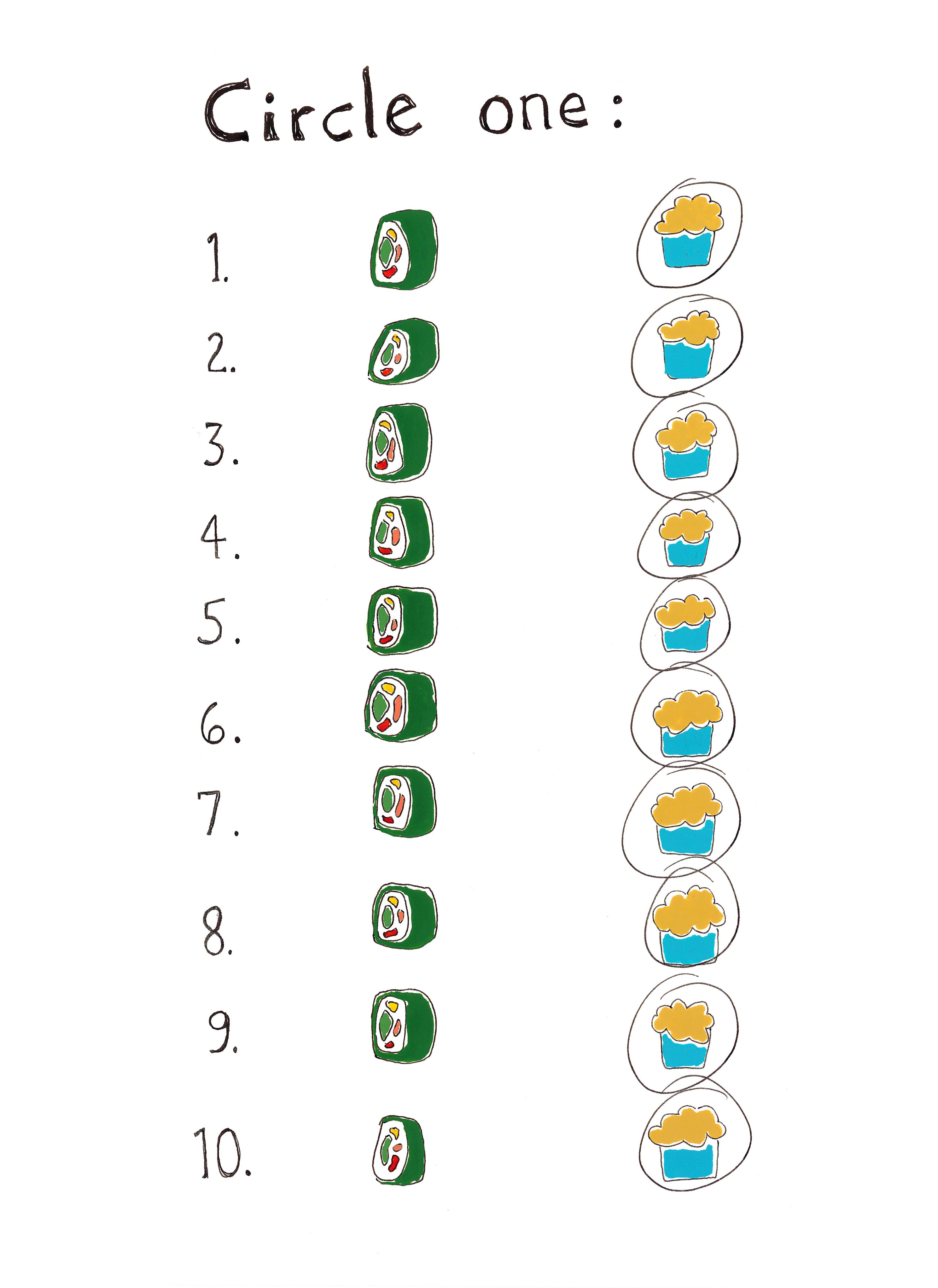 Hilary Fitzgerald Campbell is a Brooklyn based cartoonist and filmmaker. She co-illustrated NY times columnist Jessica Bennett's Feminist Fight Club and her work has appeared in Cosmopolitan, GQ, Huffington Post and Refinery29. Breaking Up Is Hard To Do, But You Could've Done Better is her first published book of cartoons.