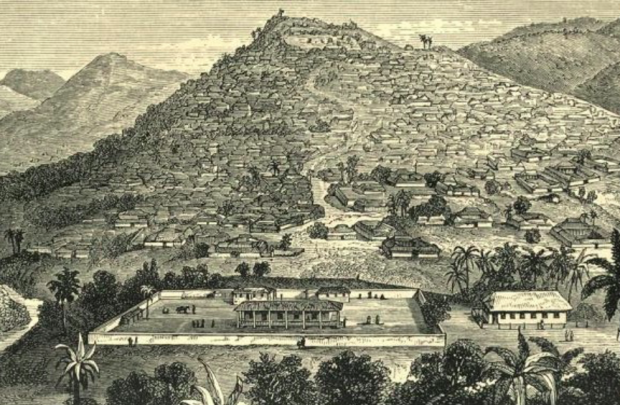 Notes on My Africa

“The little girl smiled because she thought that he was genuinely interested in her, a white man with fancy gadgets and bright teeth.”

Anecdote: Because I Moved

I always wondered what living in America would be like, if it would be more entertaining than the eyo festival, or diverse like the intricate red detailing of the Benin or Igbo Ukwu art. I wondered how it would be having a white person as my friend, if she would let me brush her hair.

In America, people looked at me weirdly. I knew my accent was different, a combination of English and Nigerian pronunciations that formed a colonial bequest from Lord Lugard. I knew I was dark. I always had been and it made no difference to me. Even in Nigeria I was referred to as “charcoal,” but her next words caused my knees to buckle; she wanted me to leave her country.

Do you have a pet tiger? Do you live in huts? Do have phones and cars? How do you speak English so well?

To these questions, I sometimes want to respond: “How is it that despite your education and world history classes, not to mention access to the internet, you are still this ignorant?”

Danger of a Single Stereotype

In her TED Talk “The Danger of a Single Story,” Nigerian author Chimamanda Adichie echoes the frustration of the stereotyped, my frustration. For many years, the West has chosen a single rhetoric of poverty to characterize Africa. Western media has pumped out adverts featuring impoverished Sub-Saharan children covered with flies. The American education system sees Africa as the origin of slaves. A whole continent is rendered tragic, one-dimensional. We’re left with a single story that subsumes all people into one narrative. As Adichie says, this “single story creates stereotypes, and the problem with stereotypes is not that they are untrue, but that they are incomplete.” Each individual is a heterogeneous compilation of stories and to limit them to one is a gross disservice. Not only does it misinform Western individuals, but it reinstates colonial mindsets.

Once again, Adichie: “Show people as one thing over and over again and that is what they become.”

How Some Think of Me

Most people who visit third world countries repeat a specific phrase, as if it makes things better, as if they should be exalted for finding human traits in those different from them: “Even in their poverty, they are very happy”.

I remember the first time I heard someone say that. I was in church, listening to a missionary who had spent a few months in South Africa. He shared a picture during his presentation. It showed a little black girl, smiling. Her two front teeth were missing. She wore a patterned dress stained with dirt. Behind her was a slum, it’s only windows haphazard squares cut into the walls. The girl’s grin was wide and white, and if you looked closely, you could see the creases in her forehead. Her life wasn’t the most luxurious or comfortable, but you could tell that she put her best smile forward so that this white man could see anything but struggle.

The little girl smiled because she thought that he was genuinely interested in her, a white man with fancy gadgets and bright teeth. She probably thought that he would take her picture back to his country and boast about her vivacious character. She probably hoped that he would tell his friends of how well her parents hosted him in their small house, the sacrifices they made to feed him, the traditional Ankara cloth that her mother bought him to show their love and acceptance. The problem was that he wasn’t looking for love or even friendship; he was looking for a self-serving story.

I question myself a lot: Is it my ego that gets me upset? But do I not have the right to express my opinions when egotistical “saviors” use my people as a steppingstone for their supposed moral transcendence? I want to shout at them, Are you not the ones who did this? Is it not you and my complicit ancestors that harassed and bullied us into poverty? Do you not see me as a human being, because I don’t have a car or shoes or speak proper English? But then there is the other voice that whispers, did we put ourselves in this situation?

Remove the log from your own eye before you use me to pry the speck from other people’s. “Even in their poverty, they were happy.” Yes! Because some people choose to be happy regardless of their situations. Some smile for pictures whether they want to or not because they aren’t just poor, but people with emotion and pride who want to represent themselves in the best way possible. We are not your propaganda.

A white savior helps people of color, but only out of underlying self-serving agendas. Whether they realize it or not, the white savior is patronizing, as they transform direct or indirect oppressors into heroes of other people’s lives. To say the least, the complex is counterproductive in tackling post-colonial stereotypes in Africa and elsewhere.

The Western media has undoubtedly played a key role in perpetrating this rhetoric. As Teju Cole describes it, white savior narratives suggest that:

a nobody from America or Europe can go to Africa and becoming a godlike savior or, at the very least, having his or her emotional needs satisfied. Many have done it under the banner of “making a difference.” [ …] How, for example, could a well-meaning American “help” a place like Uganda today? It begins, I believe, with some humility with regards to the people in those places. It begins with some respect for the agency of the people of Uganda in their own lives. A great deal of work had been done, and continues to be done, by Ugandans to improve their own country, and ignorant comments (I’ve seen many) about how “we have to save them because they can’t save themselves” can’t change that fact.

The problem with reinstating this rhetoric is that it validates the idea that whites are superior to others, and removes the agency from whichever “minority” is being represented. in his book Pedagogy of the Oppressed, Brazilian educator and philosopher Paulo Freire explained that “no pedagogy which is truly liberating can remain distant from the oppressed by treating them as unfortunates. […] The oppressed must be their own example in the struggle for their redemption.” If we continue to dismiss the works of people of color, the oppressive systems will remain alive.

Kukoyi, with her thoughtless thoughts stares into the distance. Kukoyi, whose pale-skinned mother gifted her with a new existence, is a girl with known secrets. Her house, made of concrete, is different from the rest, built of old bamboo trees. Her shoes, polished glossing black, do not resemble that of the sole less sandals her peers wear to the secondary form and her breakfast—consisting of eggs and milk—is not like the fried yams and river water that her good friend Sisi has always eaten. Crows and chickens cluck from the backyard, behind her family’s imported mosquito net, and like always her fair-skinned little brother Tommy has created a mess, scaring the poor birds and leaving her with a mess too big to clean.

Kukoyi, with supposed thoughtless thoughts, walks through the market square attempting to ignore the loud stares, even as her own gaze roams free. Today, like all the other days, she finds herself unable to desist from her staring relay, so she looks yet again. Surely, her patrician, French speaking mother would never lift a raffia woven basket on top of her head, to hawk unripened plantains, crying out “come buy the richest and tasteful plantains in this seasons’ harvest” and her father, a government man, would never cut meat with rusted stainless knives.

Kukoyi sits inside her warm house and soft foam beds, inside her folded skirt and red sand beads, inside her broad chest and too big hips, dancing with her demons in the cage of her imagination, awaiting the day that her mother would let her wear the too tall heels and English pleated dress, the day that her supposed mother will give her a name like Sarah or Elizabeth; for Kukoyi, the name, is not her identity but the expectation of her birth right. Once again, she finds that her earth-stained skin has determined her essence, being a constant reminder of her wavering self-deceit. If she was like Daisy, her hair would be silky glistening gold with rays of light and her skin would burn pink like raw meat in the blazing sun, but she is not. She is Kukoyi with her thick hair, brown skin, and cocoa-colored eyes, birthed by natives close to the Ogun River shrine. She is one, unknown in her own home, by day a white man’s daughter and at night their sweating reverent “helper.” The judgmental gazes of others can’t see. They mock her of whom she has never seen, much less been, but Kukoyi knows that she will never desist from her thoughtless thoughts unknown.

Like the smiling girl photographed by the white savior, Kukoyi’s story is one story on a continent filled with stories. Both girls are complex, contradictory, unwilling to be flattened by your desires. And so too is Kukoyi a symbol, a symbol of Africa, my Africa.
__________________
Image of Ibadan, Nigeria, from Seventeen Years in the Yoruba Country, published 1877.

Isoken Osagie is a 17-year-old Nigerian student at The New School, studying Global Studies. She is currently studying multiplicity & writing in Bangalore, India.