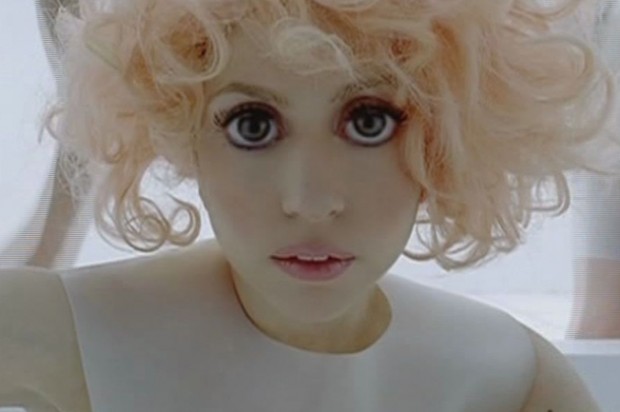 I’m Queer & So Are You: Against Being Born This Way

Queers should be insisting on sexual development, not stasis.

I wasn’t born this way. When I was born, my primary concerns were…what, breast milk? A few hours’ sleep per day? Dick came later.

I used to think I couldn’t be gay because I could remember all the girls I had crushed on growing up. When I started talking about being into dudes, I had more than one friend tell me I wasn’t really gay.

I have no idea what people are talking about when they say they were “born this way.” What other ways were you born? Liking your favorite color? Catholic? Adept at horseback riding?

Our continuing debate about whether people are born gay is absurd for several reasons. First: you have no fucking way of knowing, what are you talking about. The idea that we can separate biology from socialization in something as complex as sexuality is a joke.

A further impediment to certainty is the fact that gayness means different things in different places. In some communities, only men who bottom are thought of as gay. At my high school, accusations of gayness were tossed around liberally; in college, I watched men kiss each other for fun without either sacrificing his claim to being straight. (I later went home and masturbated.) If there were a gay gene, it would have to have so tentative and malleable an influence as to be meaningless.

My second problem: Why does it even matter if you were born gay? Shouldn’t we be treated well even if we did choose to be gay or trans or gender-nonconforming or whatever? Who else is made to prove ineluctability as a basis for acceptance?

In October, Sinead O’Connor wrote a letter to Miley Cyrus warning her of the danger she was putting herself in by being nearly naked in public all the time. She put the blame in all the wrong places. It’s not that Miley shouldn’t “let the music business make a prostitute of her,” but rather that the music business should not make a prostitute of her. This doesn’t mean it shouldn’t let her dance around naked. It means it should allow her to have control of her image, a fair share of her earnings, and the ongoing financial and social support of the label. It’s not that Miley “ought [to] be protected as a precious young lady,” but rather that, regardless of how she chooses to act, her decisions and her body should be respected as her own.

Women should not be raped even if they do “put their bodies on display.” A woman who is raped should not have to prove that she did everything “right”—watched her drink, didn’t walk alone, etc. And queers should be treated well even if we did choose to be queer. A transwoman who is beaten up or arrested for “false ID” should not have to prove that she couldn’t have done anything else to stop people from misunderstanding her. I’m beginning to think that looking so male all the time might not be the best for me. If I choose to start looking more genderqueer, y’all still got my back?

But saying that we’re born this way doesn’t just disempower people who make unpopular, “provocative” choices. When we say, “It wasn’t a choice!” “I couldn’t help myself!” “I can’t help who I want to fuck!” we start sounding like rapists ourselves.

One assumption of rape culture is that men have inherent and immutable sexual desires that they cannot control. We “think with our dicks,” so our sexuality is beyond reason or argument. (The prevalence of this joke in sitcoms and stand-up routines proves how thoroughly impossible it is for the hegemony to actually make fun of itself—the most reliable gag for teasing men is also the most reliable argument for excusing them from sexual assault.)

When queers argue that our sexuality couldn’t be otherwise either, we deny the fact that power and identity have had an impact on our fantasies and actions. Just like we’re told to tolerate rape jokes because they’re not meant to be taken seriously—their appeal and power lie beyond “reason”—so we’re told that problematic sexual preferences are innocuous and natural: more than one Grindr profile reads, “No fems, no blacks—no offense, just a preference.” But these things are not innocuous to the fems and the blacks and to everyone else. When a white guy wanted to kiss my friend Alok because Alok was a “real man” (read: hairy and “natural”), the white guy failed to see Alok as a person. The objectification wasn’t consensual and cannot be excused as just a “preference.”

What a travesty we have made of a movement for sexual liberation! By refusing to question our sexuality—I was born this way, now leave me alone!—queers are often just as resistant to deviance as the straights we’re supposedly freeing ourselves from. Gay men talk a lot about our sexual development—when did you come out, what did your parents say, did you ever sleep with a woman? Countless men, learning that I have not only slept with a woman but was desperately in love with one for four years, have challenged me to prove I’m really gay—when was the last time you slept with a woman? Are you still into that? You’re not like bi are you?