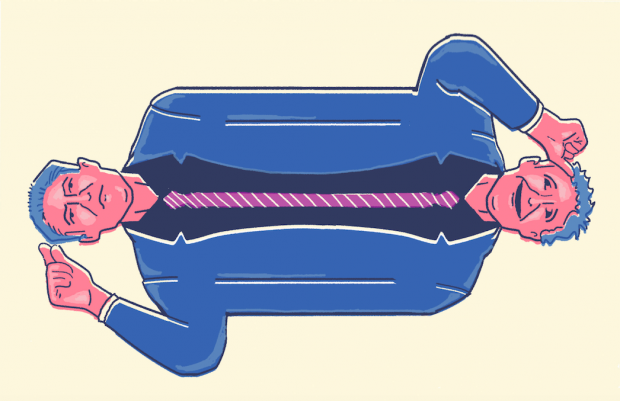 A version of this article appears in Blunderbuss Magazine’s new print edition.
Subscriptions are available on our Patreon page.

I’m not a poet by any stretch, but lately I find myself quite interested in the mechanics of rhyming. What does it mean for two words to be paired in this way—is there, somewhere in the words’ history, also a link in meaning? Is it evident to us today, or so far back that the rationale for alignment is no longer clear? In this series of columns, I’ll be exploring this concept in American Sign Language (ASL). Gasp—t’s true! Rhyme exists in ASL. While we’re at it, here’s some other basic information about signed language:

Sign languages are not universal, nor are they manual forms of spoken languages (e.g. ASL is not “English on the hands”), the reason being that sign languages are developed organically by Deaf people communicating with one another rather than as gifts created by hearing people and bestowed upon us. ASL is one such language with its own grammar, syntax and linguistic context. And, since ASL isn’t tethered to the spoken language of the majority, things that rhyme in ASL don’t rhyme in English and vice versa. Instead of than a link in sound, an ASL rhyme occurs when two signs match up visually in several of their foundational components like movement, handshape, location, and palm orientation. Once such rhyme is:

The tie between the governmental and the moronic has never been more visible in America than it is today, but in ASL these two signs have long been extremely close. In the purest form of ASL, the pointer finger rather than the “G” handshape is used in the sign for government, but the initialized sign is widespread, and the two signs rhyme quite strongly—the same handshape, location, and very similar movement. The difference between the two lies solely in the wrist—a fuller rotation for “government” versus a slightly smaller twist for “pea-brain”—as well as in the accompanying facial expression, though in our current political context, even that might be subtler.

Of course, there are logical reasons for the signs to share a location, namely the government as the head of the state or country, and the head as the location of one’s brain. But the fact that the handshape and movement are also so similar suggests an intentional link by early signers’ design. ASL’s roots trace back in part to a large Deaf population on Martha’s Vineyard in the 1700s, a time when New England’s colonists no doubt had strong negative associations with the concept of government, particularly the one from which their families had recently fled. Due to Frenchman Laurent Clerc’s involvement in founding America’s first Deaf school, early ASL was also greatly influenced by French Sign Language, whose late-eighteenth century users had a similarly fraught relationship with their government.

Centuries on, Deaf culture retains a hearty anti-authoritarian streak. The Deaf community sees itself as a cultural and linguistic minority group (denoted by the capital “D”), rather than a collection of “broken” hearing people. And like other American minorities, Deaf people have long experienced systematic oppression, including by forcible institutionalization, sterilization and attempts to prevent deaf marriages (as advocated in part by prominent eugenicist Alexander Graham Bell), employment discrimination, and abusive oral-only education policy resulting in language deprivation and the near extinction of ASL. The language deprivation and cultural isolation of deaf children carries on in the States today in the form of oral-only education directives paired with cochlear implantation—doctors forcing parents into an either/or corner and refusing to give children access to augmentative technology like cochlear implants unless parents disavow sign completely. America’s current legislature governing the education of deaf children still bears the scar of Bell’s fascist pseudoscience; the aptly named AG Bell Association continues the proliferation of ableist materials scientifically disproven decades ago in an attempt to scare parents out of raising a deaf child bilingually.

In August, Daniel Harris was the latest unarmed deaf man to be shot and killed by police, but deaf people are often killed for “failure to respond to verbal commands” or because their signing is mistaken as aggression or as “throwing gang signs.” When incarcerated, the deaf and hard-of-hearing are also placed in solitary confinement at much higher rates (often “for their protection”), and are routinely illegally detained; notably last fall a New York Deaf woman named Opal Gordon was arrested and held without being told her rights or why she was there. The NYPD left her in a cell, failing to procure an interpreter or even communicate with her via writing for 24 hours.

With a record of organized oppression against the community, it’s easy to see why antipathy for the government might end up reflected in the language of the Deaf. Now, as our country’s rigged system has elected a president with an uncanny resemblance both in physique and political aptitude to Bozo the Clown, the two signs are more inextricable than ever. For the hearing set, I’ll leave the pea/pee-headed jokes to your more phonically-talented manipulations, but here’s to the continued resistance of President Pea-Brain.
____________
Illustration by Ellis Rosen.