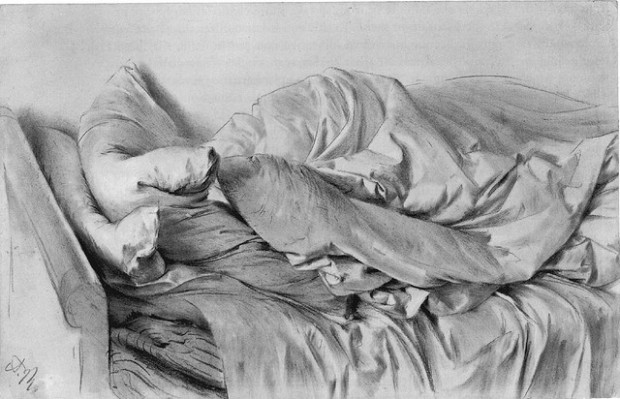 A weekly column about being queer in America.

My most visceral experience of the failure of the gay rights movement is on a dancefloor, or a double bed, or the grass of Washington Square Park. I feel a man’s hands down my pants before we’ve made eye contact and learn that he has a right to my body before I’ve consented. I wake up the next morning to see him—a different him—looking at my Grindr, saying, “I never would have guessed from your profile that you’d be so picky in bed.” Another night, I’m on a good date and lie down on my back onto only slightly damp sod, legs spread, and look up with inviting eyes; he says, “Well, this is the position I was hoping to get you into….” And there’s always the derisive laugh.

These moments give the lie to an assertion that gay men are fond of making: that we are more sexually liberated than others. On average, gay men undoubtedly have an easier time instigating random sexual encounters, and I can only imagine that’s what my brother is thinking of when he says he wishes that he were gay. And certain gay bars tolerate a quick handie or a slow fuck in the stalls. But if we were liberated, my sexual willingness would not be “won” by the person playing the “male” role. If we were liberated, my consent would be celebrated, not mocked or ignored.

Of course, no one even talks about gay men being liberated anymore. We talk about equality instead. And as someone who has experienced the same kind of dating violence that women do, let me tell you: we’re sure getting equal.

One guy I broke up with blamed me for seducing him. I told another, as we were kissing in bed, that I didn’t want him to fuck me right now. He said, “I know you’re getting off on this idea of what you’re consenting to, but it’s not a big deal.” Perhaps most revealing of the state of the discourse around consent: Recently I fucked up in bed and did something my partner wasn’t comfortable with. When I apologized, he assumed I was making fun of him.

The worst was with a guy I was crazy about. We’d hooked up earlier that day and he hadn’t come, which made him self-conscious. (Dudes, can we get over this?) Later we were sitting on a couch, my back to his chest, his legs spread open with me between them. I’d already said I didn’t want to hook up right now, but that kissing was fine. So he was kissing my neck and I said it felt good. Then I felt him jostling behind me, near my lower back; after about a minute, I turned around to see his dick out. Looking back, what happened after that is hard for me to believe. I looked at it for a second, shocked. And then I made him tell me, twice, how much he wanted me to suck it. And he did, but added that I didn’t have to. Then I did suck it, and then he came and then I came. And then we showered together and I could not let him touch me at all.

I didn’t know what had happened. He asked what was wrong and everything he said to make me feel better was true: he’d said I didn’t have to, I’d told him to tell me to, I’d seemed into it—all the decisions seemed to have been mine. And yet when someone gets his dick out against your wishes and rubs it against your lower back, you’re not really making choices anymore.

Telling this story to girl friends later, I learned that many had been in this situation, that many had said to themselves, as I said to myself, “Well…it’s easier to just do it than to say no.”

I do not face the same levels of dating violence, sexual harassment and assault, and intimidation from men as women do. I am thankful, every time I hook up with a stranger, that I don’t have as much reason to fear these things. I’m able to walk down the street with relative freedom, only infrequently harassed for looking “too gay.” The fear of assault has not prevented me from doing what I want, sexually or socially. Nonetheless, every time I have been in the “female” position on a date or in a hook-up—meaning either that I was bottoming or dating an older man where the roles were clearly drawn—I have felt less secure that my autonomy and preferences would be respected.

In the end, valuing “equality” means accepting the status quo on its own terms. By imagining ourselves as “equal” to straights, gay men have chosen not to question many of the norms that facilitate dating violence. Very often, in bed, the top is still the one determining what gets done when, with the bottom expressing his desires by reacting to advances. The concept of a power bottom suggests that there is flexibility, but also that a “normal” bottom is assumed to be submissive.