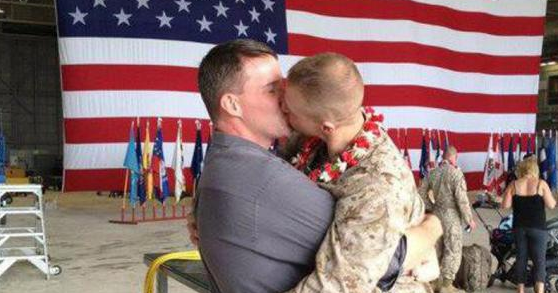 I’m Queer & So Are You: The Sentimental Movement

Last week I explained that not every queer is dying to get married. Some of us resent the way the gay rights movement is making gay people look more like straight people. We thought we were quite lovely the way we were, thank you very much.

These rights we’re being given are not the rights we want. Instead of letting us get married, why don’t we decriminalize sex work? Instead of welcoming us into the military, let’s abolish unpaid internships. Instead of sending more straight people to jail with hate crime laws, we should be dismantling the legal frameworks that allow queers to be homeless, incarcerated, and sexually assaulted at higher rates than their straight peers.

Why? Because it feels better to look at pictures of a happy old gay couple getting gay-married in City Hall than it does to look at a homeless man who can’t afford top surgery. Everybody wins when you’re supportive of someone who wants what you have.

The media is right there to support these feelings, parading pictures of couples who “deserve” to get married because they have been together a long time. But like the advertisements asking us to support malnourished children in Africa, these stories depend on their visceral immediacy to make us overlook larger policy concerns: rather than question how neoliberal free trade agreements contribute to the poverty of developing nations, we simply pick up the phone and throw away the change in our pocket. Rather than learn about the needs and struggles of queer people, straights simply throw at us something else it costs them nothing to give: their blessing.

In the great PR campaign leading up to the overturn of DOMA, BuzzFeed published a listicle titled “14 Steps That Will Evolve Your Views on Gay Marriage.” BuzzFeed functions not to provide news, but rather to aggregate, distill, and promulgate feelings that each reader had thought were particular to her. As such, it provides valuable insight into how the gay rights movement is talked about.

The conceit of this list is convincing homophobes to let gays marry. But the arguments are nothing new and surely not presented in any way that would convince the hold-outs. It is written, then, in precisely the same way that BuzzFeed’s more obviously self-indulgent listicles are written: as a big circle jerk. Sharing the article on Facebook indicates that you are open-minded and “on the right side of history.” It buys you cred with your gay friends and shows the kids you haven’t talked to since high school that you’ve grown up.

The picture of the soldier hug-straddling his partner is the most egregious: “Come on. Seriously.” This image is considered especially moving only on the strength of exploiting our most conservative values: veneration of “our nation’s troops” and of flags too big even for Perkins. You have to let heroes get married.

How quick we are to put away our politics for The Cause! We have been told over and over that gay marriage is not a political or social issue (see the listicle’s “Step 4”), but simply a matter of accepting human beings for who they are. But straights are not accepting queers as we are, but rather only as far as we are willing to look like them. This is why no one is talking about a drug that prevents H.I.V., for example. We don’t want to draw attention to our differences, for fear they will overshadow our big beautiful common humanity.

Sentimentality, the ostentatious parading of excessive and spurious emotion, is the mark of dishonesty, the inability to feel; the wet eyes of the sentimentalist betray his aversion to experience, his fear of life, his arid heart; and it is always, therefore, the signal of secret and violent inhumanity, the mask of cruelty. 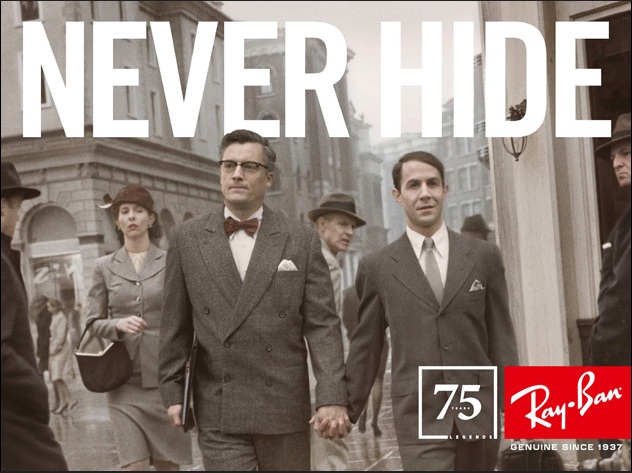 We have seen the ostentatious parading, the excessive emotion; warm and fuzzy articles like the one on BuzzFeed do more to make straights feel good than to make queers free. And we get wet eyes when the country’s most powerful (and thus conservative) institutions, from the Supreme Court to Silicon Valley to Madison Avenue, support us.

And now we see the arid heart behind these gestures, the aversion to real queer experience, the violent inhumanity that fails to respect the difference of others. We are, in fact, different—not just in bed, try as we do to believe that. We are treated differently by society and thus we treat it differently, too. These differences mean that queer liberation is necessarily a social issue, not just a personal one. You cannot just throw the same rights at us and expect us to deal.  Straights pity our exclusion from their world and want to make us all feel better by letting us in. In the process, they are denaturing queerness, robbing us of our specialness and our real pride. There is surely no “mask of cruelty” more nefarious than pity.