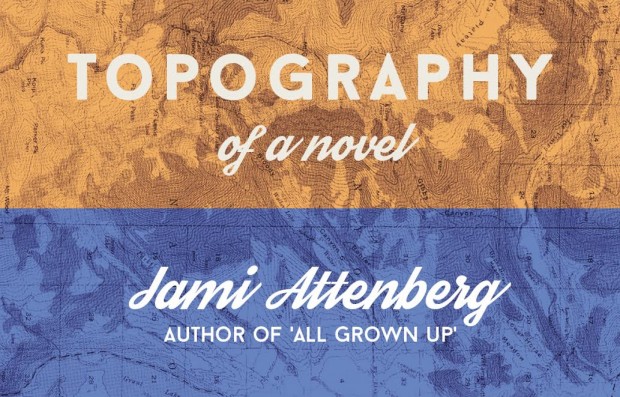 Topography of a Novel: All Grown Up

“I felt like my whole career was up in the air and also I seriously did not know what I was going to write next.”

Every book has its own texture, materiality, and topography. This is not only metaphorical; the process of creating a novel produces all sorts of flotsam–notes, sketches, research, drafts–and sifting through this detritus can provide insight both into the architecture of a work and into the practice of writing. Blunderbuss is excited to run this series, in which we ask writers to select and assemble the artifacts of a book in a way that they find meaningful and revealing. In this installment, Jami Attenberg reflects on the places, people, and dogs that helped her write her new novel All Grown Up, released last week by Houghton Mifflin Harcourt.

All Grown Up is the story of Andrea Bern, a woman with her own idea of adulthood, one that involves no husband and no children. When her brother and sister-in-law’s long hoped-for baby arrives with a heartbreaking ailment, the Bern family is forced to reexamine what really matters. “This is a good proud urban book,” writes Eileen Myles, “a sad and specific blast for the fearless to read. Thank you Jami.” And our own Sara Nović calls it “Smart, heartfelt, and really freakin’ funny.”

I have spent a lot of time in my life wishing I were somewhere else. It impacts everything I do, particularly my writing.

I wrote a few chapters from my book All Grown Up in the fall of 2014 in Brooklyn, NY.  I considered them (quietly, in my head) as comprising a story cycle, though I didn’t know exactly why. It was about a single woman watching a friend get married, have children, and get divorced, and what it was like to see this other person become technically more “grown up” just because she had achieved these life milestones. I wrote them in my loft in Brooklyn, New York, and when I was finished I thought: Well, that’s enough of that. I didn’t want to think about the subject matter anymore. In part I thought maybe there were more important things to think about in the world. 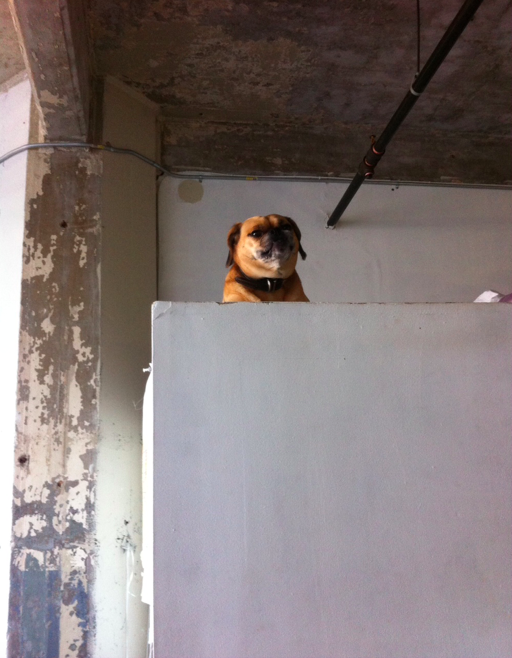 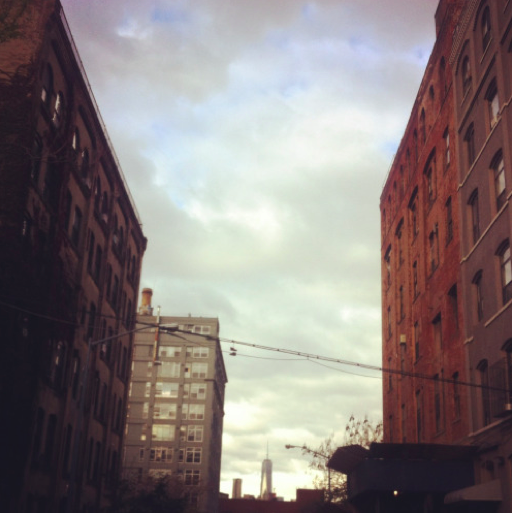 Fall in Brooklyn gives me the best writing energy of my life. 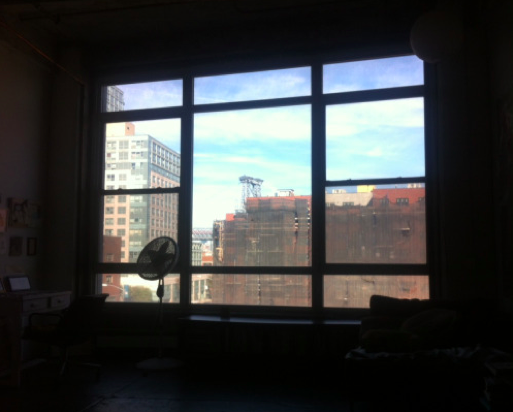 The fall light always click-click-clicked in my head. Alas that view no longer exists.

I went to New Orleans for the winter. I celebrated Mardi Gras with an exquisite thoroughness. I lived in a house rental in the Bywater, a bad deal as it turned out, with a bad landlord. (I’ll save her story for a rainy day.) The book I worked on then was incredibly weird and dark, a ghost story, and after 100 pages of it I’d had enough. I realized later I was writing the same characters as the story cycle, just putting them through different paces. All along I was writing them even though I didn’t know it at the time. 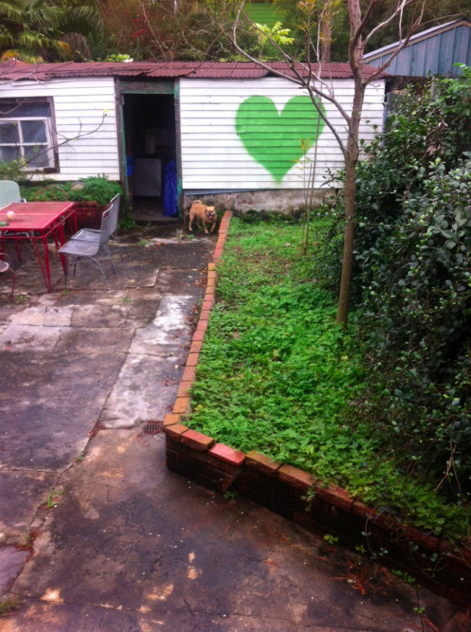 The backyard of the house I lived in during the time I was writing around my book. Looks harmless enough, and yet.

I didn’t touch the stories again until the next summer.  They were still on my mind, the ones that got away, I guess. I was back in New York then. My fifth book, Saint Mazie, had just come out, and I was touring with no mercy. My editor and publicist had both left my publishing house a few months before my book came out, I felt like my whole career was up in the air and also I seriously did not know what I was going to write next.

I moaned about this constantly on chat with the wisest writer I know, Alex Chee. Eventually I showed him those stories, and he said, “I don’t understand why you aren’t writing this book.” I had no valid answer for him. Suddenly I wished I were somewhere else, just writing, alone, but I didn’t know where.

The same day a former editor of mine, Jessica Grose, emailed me completely out of the blue. She said she knew of an open slot in a residency program called Frontispiece Hudson. I ended up living in an old restored firehouse in upstate New York, just me and the dog. The upstairs of the building was a small apartment and studio space, and the downstairs was a gallery. There I wrote, and it just became shockingly clear almost immediately that it was The Book. More story cycles appeared before me, forming a structure for a bigger vision. In three weeks I wrote ninety pages.

I felt extremely blessed to have that time and space, and also that it was dog-friendly. 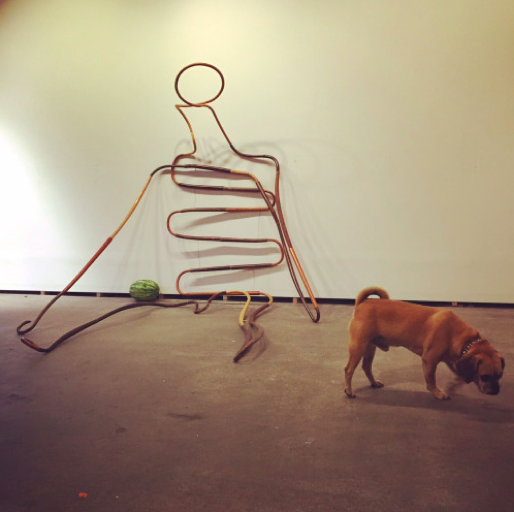 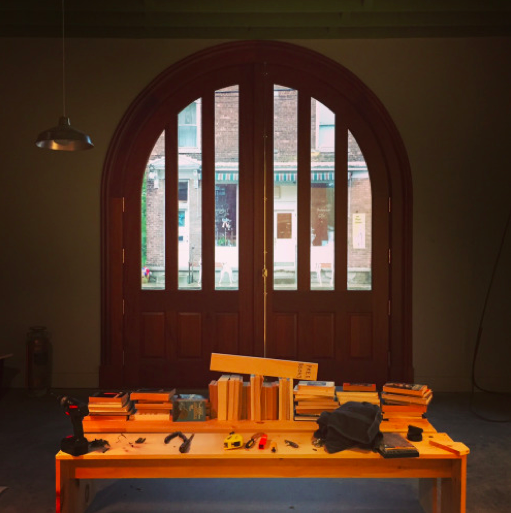 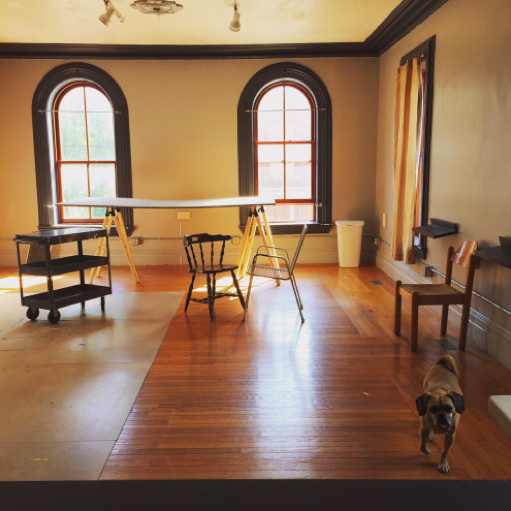 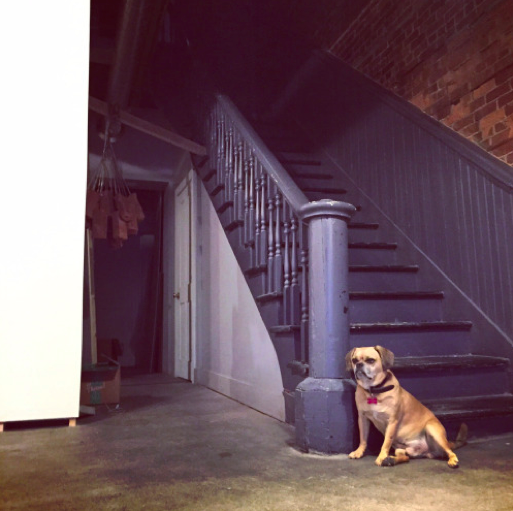 I toured a lot that fall, but I took my book with me wherever I went, and I worked on it in hotel rooms and on airplanes. I was one with it by then.

I finished the book the next winter, back in New Orleans, in another rental. I locked myself in the rickety old hippie house (there was a much nicer landlord this time), and left mainly for long walks. I read in the morning and handwrote in my journal and in the afternoons I typed up what I had written and in the evenings I read more. It took me a month to finish it. It was all in my head all along. 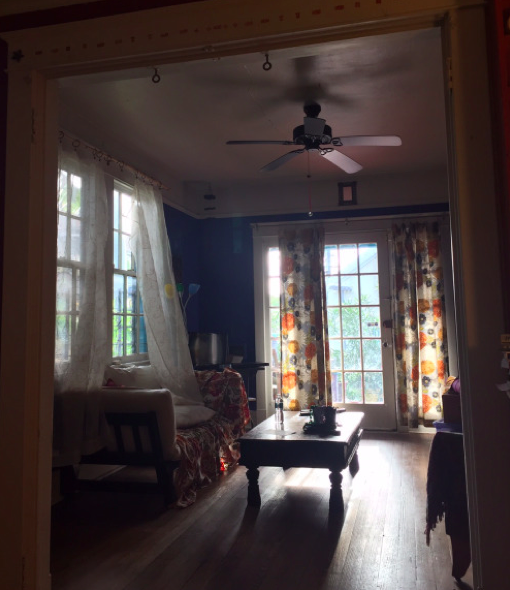 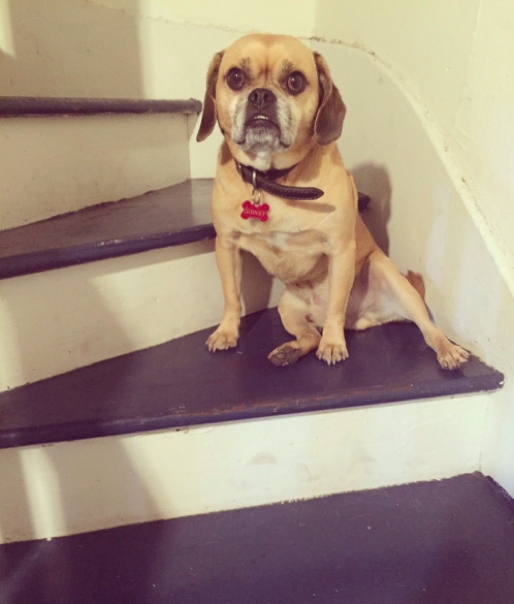 If it sounds like I move around a lot, it’s true. I thrive on a change of scenery. I’ve always been that way, as soon as I was old enough to realize it about myself. But home is anywhere I can write. And also, home is the book.
______________
Featured image by Hayley Thornton-Kennedy.

Jami Attenberg is the New York Times best-selling author of five novels, including The Middlesteins and Saint Mazie. She has contributed essays about sex, urban life, and food to The New York Times Magazine, The Wall Street Journal, The Guardian, and Lenny Letter, among other publications. She divides her time between Brooklyn and New Orleans.