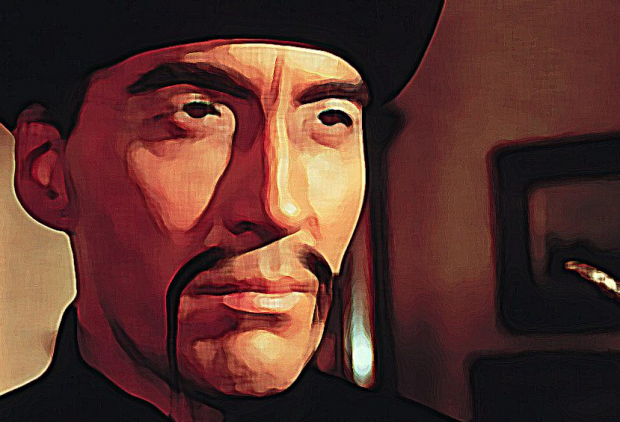 The vigil, another vigil.

How do Yellow poets write about being Yellow, when Black people are still dying? The United States once hunted down my mother’s people, too.

It is a luxury to write about being human without mentioning race.

I wish that I could write about astrophysics and the existence of time.

I wish that I could gaze upon a painting by Monet à La Japonaise, say “ahh,” and leave it at that.

I wish that I could write about being Vietnamese without being Yellow in a country that continues to erase its Black citizens. Oh, starry night.

I want to be a nude model. I want to strip in a studio crammed with straight white men and be painted by all of them at once. I want to use those forty minutes to stare into their blue, green and hazel eyes, while I contemplate the depths of their in-di-vi-du-al-it-ie-s.

And I will take these poems, publish them on the Internet. And I will not give these beautiful straight white men any credit whatsoever.

I want to take up papier-mâché.

I want to unlearn English, so I can learn my native tongue. I want to write a book in this native tongue, have it translated to English, tour Paris, then win every award.

I want the Pulitzer.

I want to write about fresh faces at Fashion Week. I want to work for Anna Wintour. I want Jake Gyllenhaal.

I want to grab the straight white man’s dick and freeze dry it stiff. I want to harvest his pubes, too. (Voilà, my very own dickbrush!) I want to paint a Master-Piece with his blood, and it will be spectacular.

What happened, Fu Manchu? You left me at the crossroads of policed identities. I cannot see myself without seeing you.

What happened, Fu Manchu? Your Yellow sons and Yellow daughters are all standing by, while an entire Black community is being terrorized.

Sophia E. Terazawa is a poet and performer. DECOLONIZE OR DIE. Her work appears in The Fem, Project As[I]Am, As/Us Journal, Kalyani Magazine, and other journals. www.sophiaterazawa.com