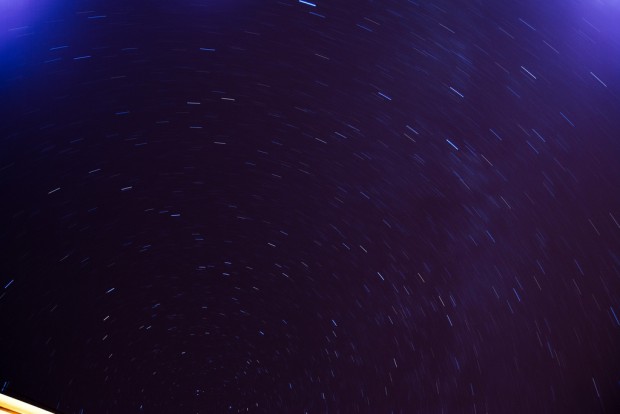 You, Too, Dislike It: Before and After Love

This week I chose “At the River” by Louise Glück, first published in the New Yorker.

One night that summer my mother decided it was time to tell me about
what she referred to as pleasure, though you could see she felt
some sort of unease about this ceremony, which she tried to cover up
by first taking my hand, as though somebody in the family had just died—
she went on holding my hand as she made her speech
which was more like a speech about mechanical engineering
than a conversation about pleasure. In her other hand
she had a book from which, apparently, she’d taken the main facts.
She did the same thing with the others, my two brothers and sister,
and the book was always the same book, dark blue,
though we each got our own copy.

There was a line drawing on the cover
showing a man and woman holding hands
but standing fairly far apart, like people on two sides of a dirt road.

Obviously, she and my father did not have a language for what they did
which, from what I could judge, wasn’t pleasure.
At the same time, whatever holds human beings together
could hardly resemble those cool black-and-white diagrams, which suggested,
among other things, that you could only achieve pleasure
with a person of the opposite sex,
so you didn’t get two sockets, say, and no plug.

School wasn’t in session.
I went back to my room and shut the door
and my mother went into the kitchen
where my father was pouring glasses of wine for himself and his invisible guest
who—surprise—doesn’t appear.
No, it’s just my father and his friend the Holy Ghost
partying the night away until the bottle runs out,
after which my father continues sitting at the table
with an open book in front of him.

Tactfully, so as not to embarrass the Spirit,
my father handled all the glasses,
first his own, then the other, back and forth like every other night.

By then, I was out of the house.
It was summer; my friends used to meet at the river.
The whole thing seemed a grave embarrassment
although the truth was that, except for the boys, maybe we didn’t understand
mechanics.
The boys had the key right in front of them, in their hands if they wanted,
and many of them said they’d already used it,
though once one boy said this, the others said it too,
and of course people had older brothers and sisters.

We sat at the edge of the river discussing parents in general
and sex in particular. And a lot of information got shared,
and of course the subject was unfailingly interesting.
I showed people my book, Ideal Marriage—we all had a good laugh over it.
One night a boy brought a bottle of wine and we passed it around for a while.

More and more that summer we understood
that something was going to happen to us
that would change us.
And the group, all of us who used to meet this way,
the group would shatter, like a shell that falls away
so the bird can emerge.
Only of course it would be two birds emerging, pairs of birds.

We sat in the reeds at the edge of the river
throwing small stones. When the stones hit,
you could see the stars multiply for a second, little explosions of light
flashing and going out. There was a boy I was beginning to like,
not to speak to but to watch.
I liked to sit behind him to study the back of his neck.

And after a while we’d all get up together and walk back through the dark
to the village. Above the field, the sky was clear,
stars everywhere, like in the river, though these were the real stars,
even the dead ones were real.

But the ones in the river—
they were like having some idea that explodes suddenly into a thousand ideas,
not real, maybe, but somehow more lifelike.

When I got home, my mother was asleep, my father was still at the table,
reading his book. And I said, Did your friend go away?
And he looked at me intently for a while,
then he said, Your mother and I used to drink a glass of wine together
after dinner.

Why is this a poem and not a short story? Because Glück says so!

Being a poem, the plot is boiled down, elemental. The narrative is beyond tidy, almost mechanical; it becomes a fable.

At times the poem is explicitly nostalgic, which is partly a result of the talkiness of the language; there are three “of course”s, each adding to the sense of a story told aloud. (See also: “some sort of unease” [emphasis mine].)

It is possible that I look to narrative poetry for nostalgia, being resistant to the less “highbrow” movies and novels that might otherwise give me my nostalgic fix.

I struggle to understand the power this poem has over me. Lines like these astound me:

“More and more that summer we understood / that something was going to happen to us / that would change us.”

It is plain language—appropriate to the poem’s young “protagonist”—with an adult’s authority and a poet’s compression. I imagine those lines would sit awkwardly in fiction, sweeping and declarative as they are.

Among passages that expansive, the fine details shine like reflected starlight—the boy’s neck, the father’s look, the starlight.

I like that the father is drinking with the Holy Ghost because it reminds me of Christian school-dance monitors, who supposedly admonish touchy couples to “leave room for the Holy Ghost.” In my brain’s version of the poem, then, the Holy Ghost stands in for imposed isolation for both children and adults.

The reflected starlight is compared to “having some idea that explodes suddenly into a thousand ideas, / not real, maybe, but somehow more lifelike.” That seems a brilliant stand-in for the idea of sex and love prior to experience, for any fantasy unencumbered by reality; surely, in the poem, it is the observed boy.

I had a professor who summed up the poet’s thematic approach: “When Louise Glück says ‘spring,’ she means ‘death.'” I thought it was ridiculous and told the story for laughs, but now I’m sympathetic. In other poems, including a whole collection about hell, Glück’s power is in darkness. He voice is so authoritative that when she’s bleak, it’s scary. From “Prism”:

And in the dark room, the lovers sleeping in each other’s arms.

We are, each of us, the one who wakens first,
who stirs first and sees, there in the first dawn,
the stranger.

“At the River” is not bleak, but it is a love poem before and after love itself: the thrilling movie trailer and the walk from the theater to your car.

Poem republished from Farrar, Straus and Giroux in accordance with principles of fair use.