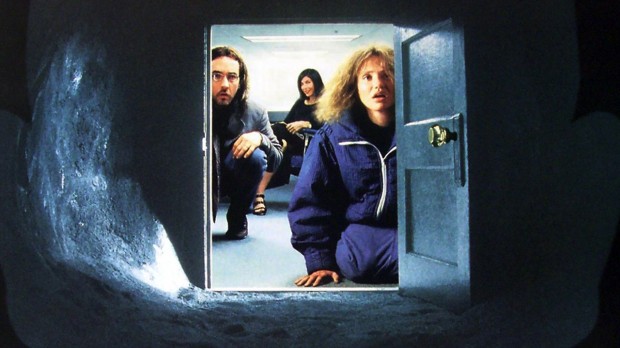 You, Too, Dislike It: Being [Your Name]

This week I’ve chosen “Like Gods” by John Koethe, which first appeared in Poetry. It is long, but—I promise!—worthwhile.

The philosopher David Lewis spun a fantasy of two omniscient gods who know about one world, which might as well be ours. Each knows precisely all there is to know, the grand “totality of facts, not things.” Each knows the pattern of the light on each neglected leaf millennia ago. Each knows the number of the stars, their ages, all the distances between them, all the “things too tiny to be remembered in recorded history—the backfiring of a bus/In a Paris street in 1932,” as well as all the things that history distorts or just can’t see, like the thought that must have flashed across Patroklos’s mind (if he’d existed and had had a mind—the middle knowledge of the schoolmen) when Hektor split his stomach with a spear (if he’d existed too). Each one looks on, as though through ordinary eyes, as “Mme Swann’s enormous coachman, supervised by a groom no bigger than his fist and as infantile as St George in the picture, endeavored to curb the ardour of the quivering steel-tipped pinions with which they thundered over the ground,” and sees “the gray ‘toppers’ of old” the gentlemen strolling with her wore, the little “woolen cap from which stuck out two blade-like partridge feathers” that she wore (or would have worn if they and she’d been real). Each monitors the photons through the slits, the slow decay of radium, and knows the ratio of vermouth to gin in someone’s first martini at Larre’s. Each knows what Darragh, Geoff and Willy knew before the bullet or the pavement killed their worlds, and where the shots came from in Dallas. Each knows precisely what the other knows, in all the senses of those words, and if a question has a factual answer, each can answer it. Yet there’s a question neither can resolve: which god am I?

The question posits both a world and a unique perspective on that world, which neither has. And if gods One and Two could reify themselves by wondering who or what they were, they’d have to know the answer—and, because they don’t, they can’t. Could gods like those be real, in something like the sense that you and I are real? But then, what sense is that? Gods One and Two are you and I writ large: I wander out into the day and feel the sunlight on my face. I see the sunlight on the first spring leaves like green foam on the trees, and so do you. The world we have in common, that the gods can comprehend in its entirety, remains beyond my grasp, and yours. The world I know belongs entirely to me, as yours belongs entirely to you. I know my world completely, as the gods know ours, because it’s nothing but my take on things, and starts and ends with me. I’m both the author and the captive of my world, because my take on things is all there is to me. When Mary, in Frank Jackson’s philosophical diversion, wanders from her room of black and white and shades of gray and finally sees a rose, and then goes on in sunlight, into the Hofgarten, and drinks coffee, and talks for hours, it’s hard to see how all of this (as she might say) could be an artifact of her perspective. But it is.

So what? Philosophers tell stories, but they make them up, and what are they to me? Sometimes I think I’m humoring myself (a good thing I suppose) with an extended exercise in nonsense. Have breakfast, have a cup of strong black common sense, get over it, I tell myself, refuting Berkeley with my foot. Instead of this entanglement of self with self, why can’t I just relax into my place inside the natural order, be a thing within the solid scheme of things, a Dane in Denmark? How can fantasies, unreal by definition, show me what I am, and know? How can the poetry of possibilities dissolve the prose of facts? My little life sustains me while it can, and that’s enough. It may be all contingent, but it’s real, and when catastrophes occur, as they inevitably do, I’d rather they occur to me, instead of writing them away, or redefining happiness or sorrow or tranquility as alterations of some abstract point of view that points at nothing. Inescapable illusions must be real, or might as well be real, no matter where reflection on them leads; and if accepting them means taking things on faith, that’s fine. Who wants to be a posit, or a site of possibilities? Who wants to walk out and evaporate into this green spring day? Who wants to have sex with a wraith?

No matter where reflection on them leads. It leads, of course, to me. A cri de coeur is not an argument, but where the real argument begins. Hopkins: “searching nature I taste self at one tankard, that of my own being.” Kant: “the feeling of an existence without the least concept,” meaning that despite the certainty I have, I’ve no idea what I really am, or where, and as for “searching nature,” I have no idea even where to start. These matters mean the world to me, and yet no matter how I try to come to grips with them, they slip away. I and here and now are ever present, yet they vanish in the act of apprehension, as a poem turns into language as you write it down. Dimensionless, atemporal, imprisoned in the present—even as I say them to myself the words fall short of what I thought I started out to say, like the conclusion of an argument too close to me to share, or like an empty thought balloon that hangs above me in the air. It’s not the question of what makes me who I am through time—of how a figure in a photograph from 1985, a couple sitting in the garden of the small Hôtel des Marronniers just off the rue Jacob, could be the person who remembers her and thinks of him today—but of what constitutes me now, and of what made me then. If giving it a name won’t help, then neither will pretending it’s divine. If I should be supplanted by a bright recording angel knowing everything about me in the way the gods know all about their world, I wouldn’t have survived. She takes the whole thing in—the house on Maxim Street, the bike rides down the hill on Wabash Street, my high school friends, their friends, the friends of friends of friends—with eyes that monitor my back, my face, the traces in my brain projected on a screen, the n degrees of separation linking me to nearly everyone who’s ever lived, a thing within a wilderness of things, with each one locked inside a universe with no outside, of which there’s nothing she can see. How could it be an afterlife? It’s just a different life, another life, complete or incomplete as anyone’s, consumed by questions that elude it, not because she can’t remember, but because the words that make them up are undefined: which one of them was I? which world was mine?

“Like Gods” gives me more each time I read it, even as I fail to grasp concepts and recognize references. Poetry often gives me the feeling of learning even if I don’t emerge with facts to show for it, and that is especially true here. It’s like I’m taking a little vacation in someone else’s mind (which mental tourist was I? WHICH BEACH HOUSE WAS MINE?)—a little of the poet sticks to me.

Unsurprisingly, Koethe is a professor of philosophy. For me, the poem is better than any lecture. What is so damn sexy about short, barely contextualized quotes from philosophers? I don’t know, but Koethe does (so does Tumblr).

What is being talked about in “Like Gods”? For me, the poem tries to tackle the nature of consciousness, but even writing that out, “the words fall short of what I thought I started out to say.” He is writing about me-ness, or rather you-ness: “the experience of experience,” to borrow another poet’s phrase.

The poet wants catastrophes to “occur” to him rather than “writing them away.” That feels right: The desire to intellectualize suffering can be strong, but emotions avoided seem to come back to bite me twice as hard.

Several passages in the poem are permanent for me: the “entanglement of self with self” and the “bright recording angel.” The sentence about “inescapable illusions” makes me think of free will. Koethe has a way with sentences, a bright, expansive talkiness that brings to mind a sterner Woody Allen.

“Who wants to have sex with a wraith?” OTHER GHOSTS, PROBABLY.

I won’t belabor things further. You’ve read so much already.

Photo grabbed from this blog.