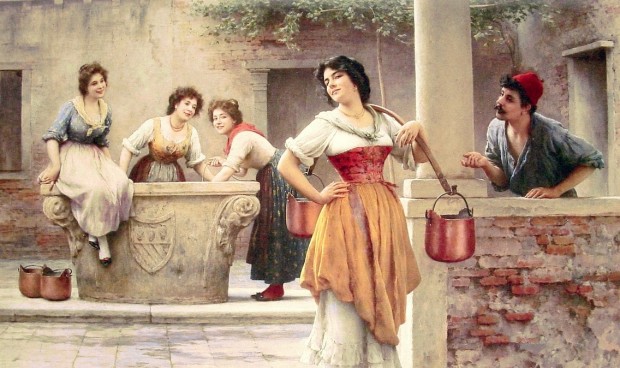 You, Too, Dislike It: Comparing Notes on Being Ourselves

This week I’ve chosen “UNTIL THEY HAD TO THINK ABOUT WIDER RELEASE” by Mike Young, originally published in Shabby Doll House.

UNTIL THEY HAD TO THINK ABOUT WIDER RELEASE

Compliment every gesture of sexual accommodation.
It’s polite. If they have an accent, it’s cute to copy it
because it doesn’t mean anything? Deal. Her heart is
in Portland. His is a lug nut. The drinks are just
cozy. The umbrella’s un-electric. It’s your birthday?
Sweet. Have fun in the city. My parents worship tides
and believe their bread maker is a moon portal. Yeah,
it’s hilarious. Your grandmother’s name is my name,
which we’d never hear the end of, which is why let’s stick
to the plan. I’ve got these experimental sweat interfaces
I’ve been meaning to stack. You down? Liking all your
food-related statuses only. Can I ask you a weird question?
Uh, sure? Do you want a chocolate croissant? Hairline cracks
in the jug of nonchalance. The bad news is there’s no fixing
the feeling in your shoulders. I hate the way the carpet
smells when I do pushups and all the features
aren’t interesting. Rerun void time language.
Plastic tabs. 1986-2013 myself in Olive Garden
ads. Compliment every gesture of departure.
What? Nothing. You looked like you were
thinking. Oh, I was thinking about feeling good.
And then he holds her face against his chest
and the hilarious word interface again for one last
deal. You’re good at looking calm. Really? I’m not
good at feeling calm. I thought you’d say that.
You’re good at looking happy. Oh, I think I’m
pretty good at feeling happy, yeah.

Any time I’m writing, I’m banging my head against the wall looking for a novel phrasing. Reading this poem, it’s hard not to think I’m wasting my energy: Young enchants me with commonplace phrases. “Can I ask you a weird question? / Uh, sure?”

What’s going on here? There’s a little thrill of transgression: regular people say things like Uh, sure all the time, so it “shouldn’t” be in a poem. There’s also frisson-by-contrast: Young sandwiches everyday language around flights of poetic fancy. For me, this brings out the music of both registers:

“The umbrella’s un-electric. It’s your birthday? / Sweet. Have fun in the city. My parents worship tides / and believe their bread maker is a moon portal. Yeah, / it’s hilarious.”

Most people probably hadn’t appreciated the aesthetic qualities of Campbell’s soup cans before Warhol painted them. Everyday language is ubiquitous to the point of being invisible. “What? Nothing. You looked like you were / thinking.” As presented by Young, the phrases in my GChat boxes sparkle anew.

For me, the other major pleasure of the poem is a vicarious sense of eavesdropping on flirtation. We seem to be hearing from two people in the early, nervous, earnest phase of dating, although maybe they’d say “hanging out.” They’re still wary, but they want to know and be known to each other; there are “hairline cracks / in the jug of nonchalance.” We are never sure who’s speaking, which somehow makes it sweeter. (Plus, that way you get to identify as ALL OF IT.)

I imagine that the more abstract phrases in the poem are artifacts of the ongoing flirtation: the “experimental sweat interfaces” could be an inside joke, the product of morning-after nonsense banter, or maybe just an abstruse reference to sex.

In the last four lines, my favorite elements of the poem—courtship and informal language—combine to supercharge each other, and I am amazed by the result. The conversation depicted is halting, hungry, and self-conscious; they are fumbling toward shared understanding, comparing notes on being themselves. You want what you want, usually, but then I’m like, what does she want? It’s weird, you know, but it’s fun, too.

Quick notes: Seeing people talking in this tender stage of courtship, my friend Carina said they looked like “a pair of awkward birds.”

I adore this image, and desperately envy the economy of language: “1986-2013 myself in Olive Garden / ads.”

“Liking all your / food-related statuses only”—I’m officially going to try that IRL.

There is a Fancy Poetry Criticism word for “everyday language” that I refused to use in this column, and now I’m telling you about it. It’s “demotic.” Mike Young is demotic af. A little googling indicates that Young could be grouped under what is known as “Alt Lit,” a loose association of young writers orbiting particular websites. (Writing that sentence, there suddenly was not enough oxygen. Better now.) Pigeonholing is no fun, but it seems fair to say that Alt Lit people share a bent for the demotic. They also write a lot about living on the internet: another Young poem, published with this one, is called “Try This One Weird Trick” (a reference to a scuzzy, pervasive banner ad).

Requisite Ashbery reference: the end of Young’s poem is nicely reminiscent of the end of this superlative Ashbery.

FINALLY: I like that Young talks about push-ups in a flirtation poem, because I know that any time I make myself do push-ups, the thought is “Now I will be strong, which women will like.”

Huge thanks to Mike Young for permission to republish his poem! Go to his Tumblr and buy his collections.

Front page image of “Flirtation at the Well,” an oil painting by Eugene de Blaas, ganked from here.