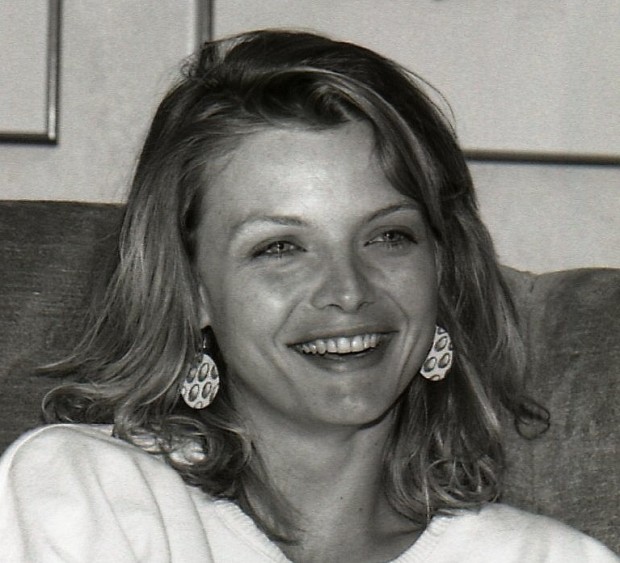 You, Too, Dislike It: Girl, Problematized

I don’t know why I didn’t think of this before.
It’s so simple: I just won’t notice.
Twenty years ago the hormones would have exploded this idea
but now I’m—now I have the wisdom of—anyway
I’ll just be like “What ? Oh, I didn’t notice. Where?
Over there? Nope, didn’t happen to see her.”
Life is going to be a lot easier. I’ll read more books;
I won’t keep looking up when someone comes into the café
because who cares? I mean,

to hell with them! They want to be so impossible?
They want to be so many versions of sublimity on two legs?
Let them go watch each other, whatever, let them go tantalize
lurching iron pumpers who wear backwards baseball caps.
Or let them go get engagement rings from suits that wear cologne,
vice presidents with tickets to Jamaica. I’m very vague on all that
because I’m so devoted to other values. Like,
art’s endless campaign to represent the mysteries of the spirit’s
passage through the realm of time and change. That’s
what I’m all about—but I get distracted I mean till now I did
get distracted by BWs but that’s over. Finito.
Let them shimmer and slink in Jamaica,
let their bikinis be murderous—
that’s only flesh! Flesh is nothing but—you know, it’s only meat.
It’s only physical substance. With whatever warmth and smoothness
ultimately it’s—well, the seventeenth-century guys called it dust
and they had a point. Were they happy? Well,

that’s not my problem. I’ve got very large bookstores I can go to
where a thousand books are shiny and smooth—

I abjure Jamaica. I extract Jamaica from my heart
with the tweezers of mature sobriety. Not that I had any actual access
okay okay anyway I have this life now: I embrace it.
My jeans are wearing through at the knees. I embrace this.
My hair, to the extent that it remains, points northeast in a peculiar way
since my last haircut by Dawnette who is much less sexy than her name
and who calls to mind a vat of mashed potato—but I don’t say that
because she’s human, plus I’m not thinking about how any woman looks.
Yesterday I spilled ginger ale all over the seat of my gray Mazda—
all right. It’s my life. I accept it. The thought that a BW is unlikely
to ride in an old gray Mazda coated with ginger ale does not come up.
I read books. Oh,
perhaps on occasion I recall that in 1967 Kathy Farley smiled at me
on Thayer Street but I know that has become fiction, she is fictive,
and I’m off now to a very large bookstore,
and once I’ve got a tall mocha and some slim volumes in the café
even the Michelle Pfeiffer of 1983 couldn’t make me look up.

This poem cries out to be read aloud.

In works of art, we are used to the victory of the spirit, the higher ideal. Here, the lowly body wins and wins. The final few lines defer meekly to literature, but it is Michelle Pfeiffer who sticks with you.

The poem is like first-person fiction in that we are kidnapped by a sensibility. I wish Halliday didn’t compare a woman to potatoes. Politically the poem is unacceptable, but and I’ve had thousands of thoughts that could’ve been lines in this poem if only the thoughts had been funny or self-aware or un-self-pitying. Lust is usually limited to frustration; the poem documents a particular anger, a straight male malice.

The poem captures that emotion in a snowglobe. I first read it years ago; its ugliness was invisible to me then. Halliday has given me a tiny yardstick of maturation. The poem is a sounding board for matters of surprising substance, given its chatty tone.

In the poem’s best lines, the speaker tries and fails to convert himself to asceticism.

“I extract Jamaica from my heart / with the tweezers of mature sobriety. Not that I had any actual access / okay okay anyway”

“Flesh is nothing but—you know, it’s only meat. / It’s only physical substance. With whatever warmth and smoothness”

Here, the lines breaks come as arguments sputter and attention shifts. The lines are shaped, in other words, by thought rather than sound or language.

The poem was anthologized in Best American Poetry 2006. Halliday’s notes were memorable; he’d changed, too. Halliday said he felt distant from the poem and noted his love for his wife. His poem couldn’t abjure Jamaica, but his wife could.

I now recoil from this depiction of women, objectified in the full sense of the term. Even still, I continue to empathize with much of the poem. My brother pointed something out: when the speaker breezily attempts philosophy, flesh-as-dust, he is already mired in misogyny; women have long been symbols of nature, especially in contrast to civilized male reason. That was not apparent to me. If I’m growing in relation to the snowglobe, the growth is slow.

Many thanks to Mark Halliday for permission to republish his poem. His latest collection, THRESHERPHOBE, is out this year from the University of Chicago Press.