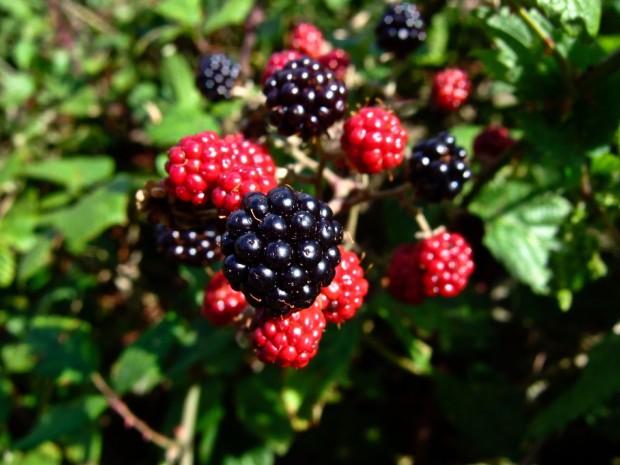 You, Too, Dislike It: Love, Theoretically

This week I’ve chosen “Meditation at Lagunitas” by Robert Hass.

All the new thinking is about loss.
In this it resembles all the old thinking.
The idea, for example, that each particular erases
the luminous clarity of a general idea. That the clown-
faced woodpecker probing the dead sculpted trunk
of that black birch is, by his presence,
some tragic falling off from a first world
of undivided light. Or the other notion that,
because there is in this world no one thing
to which the bramble of blackberry corresponds,
a word is elegy to what it signifies.
We talked about it late last night and in the voice
of my friend, there was a thin wire of grief, a tone
almost querulous. After a while I understood that,
talking this way, everything dissolves: justice,
pine, hair, woman, you and I. There was a woman
I made love to and I remembered how, holding
her small shoulders in my hands sometimes,
I felt a violent wonder at her presence
like a thirst for salt, for my childhood river
with its island willows, silly music from the pleasure boat,
muddy places where we caught the little orange-silver fish
called pumpkinseed. It hardly had to do with her.
Longing, we say, because desire is full
of endless distances. I must have been the same to her.
But I remember so much, the way her hands dismantled bread,
the thing her father said that hurt her, what
she dreamed. There are moments when the body is as numinous
as words, days that are the good flesh continuing.
Such tenderness, those afternoons and evenings,
saying blackberry, blackberry, blackberry.

At the beginning of this poem, it’s not clear to me what’s happening, but it’s pretty, and that’s fine. I always have to look up “querulous” (and later, “numinous.”)

A few lines in, the action reminds me of conversations about Theory. If you majored in the arts or philosophy, it may sound familiar. Hass sketches with great economy: when ingesting post-structuralism for the first time, received wisdom, the canon, and even the physical world itself seem to melt at the heat of your new critical flamethrower. I remember feeling dizzy when I first looked at a newspaper through that lens; the text danced on the paper, freshly unstable, estranged, each article arguing with its neighbors.

If you studied engineering, think of it this way: you know how, when you say a word over and over, it starts to sound like gibberish? Theory does that for everything, or would like to.

Just as the poem gets deepest into headiness, it turns: “There was a woman / I made love to.”

Hass jumps to sex, pure physicality, which breaks the cerebral spell. “A violent wonder at her presence”—for me, a gorgeous rephrasing of the familiar “wow, this is happening” feeling.

But a few lines later, the sex isn’t about sex; the poet’s own memories take over. “It hardly had to do with her.”

Theory tells us “blackberry” doesn’t just mean “blackberry”; it asks us to ask how words mean things in the first place. X isn’t about X, it’s about Y. The fish are pumpkin seeds.

But then, somehow—and I can’t paraphrase it—intimacy asserts itself. “But I remember so much.” The lover is the lover, no quotation marks. Their time together—and her memories—emerge clearly, undissolved.

These days, newspapers look like newspapers to me. At the end of the poem, talking about Theory re-appears with the intellectual oneupsmanship eroded away. Friendship remains.

Poem republished from HarperCollins in accordance with principles of fair use.