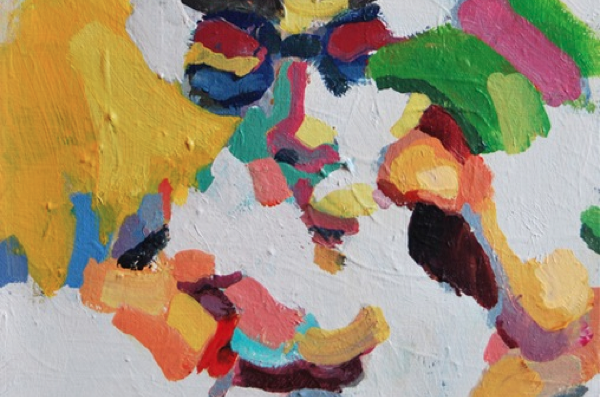 Mariano Henestrosa hand-rolls a cigarette in a way that I can only describe as beautifully European. I’ve known Henestrosa for almost four years now—we met for the first time at a group art show I organized in Brooklyn in 2010—back then, home was still squarely Madrid, his soft-mannered English still inflected with the British RP of the schoolteacher who taught him. Now, a few years later, he’s a card-carrying, bike-toting, American idiom–slinging Brooklyn resident, having just completed his MFA at the New York Studio School and considering his next direction as a pancontinental artist. “That’s one of the things that is wonderful about traveling and changing continents and cultures,” he tells me from his stoop overlooking Eastern Parkway. “Even in Western culture, from Europe to America, you’d expect the difference to be smaller, but [it’s] not really, not at all. The art that I’ve been exposed to since I moved here—a lot of it I did not know, there were a lot of artists that I did not know…even the whole idea, the European academic tradition, the way that it’s seen here is once-removed.” 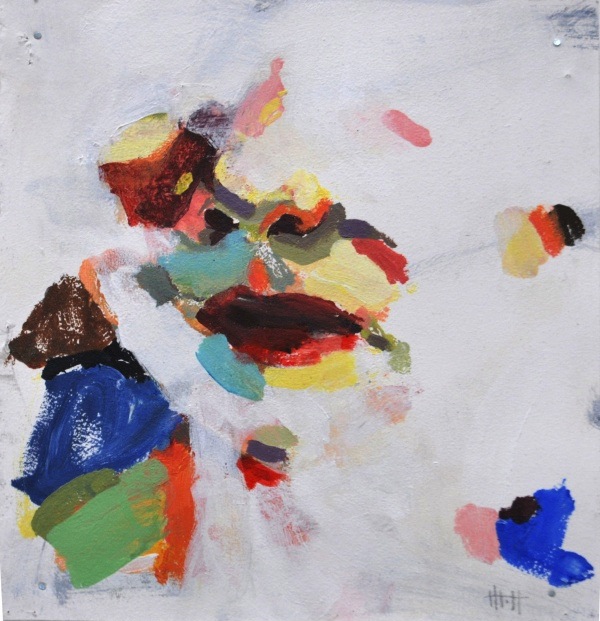 I love talking about art with Henestrosa, because he is so receptive to exploring the world and the influences that can produce an idea, whether within the school of visual arts, or beyond—in the disciplines of literature, science, or philosophy. He also has an asymptotically low threshold for redundancy within his own work—always pressing to move his inquiry forward, whether as new narrative, or using a new artistic medium altogether. “The exciting part about image-making is finding ways to look, ways to see, and ways to build the image,” he tells me. “It’s that search that really interests me. And once it starts feeling too cozy—once that seat’s starting to take the shape of your butt, it’s time find another chair.”

As we talk about his thesis work at NYSS, the fragmentation of subject and place emerge as one of the stronger elements in Henestrosa’s paintings. Indeed, it would be easy to say that this was precipitated by his own experience as a recent transplant to New York City, but as we talk—about his time at the Universidad Complutense de Madrid, his art collective Kunsthouse Gallery, and the tradition of art training in Spain (“very traditional; almost rancid,” he says)—it is abundantly clear that this tendency emerged far before he moved abroad. Henestrosa is one of those artists where less is gained by trying to make any classical distinction between subject and context, object and background. His attentiveness and gregarious brush stroke dissolve the boundaries we may come to expect between parts and whole, and instead challenge us to examine the relationships between these elements as subjects themselves. “The part and the whole are interdependent,” he says. “You cannot speak of the whole without its parts, and you cannot speak of the part if there’s no whole. But there’s this thing about removing the part, taking the fragment, or detail, that it becomes a whole. In absence of the whole system, it becomes a system in itself.” 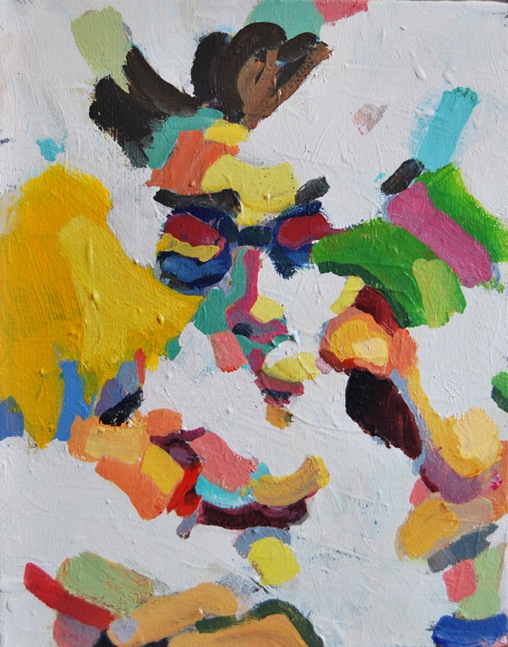 A conversation. From Archipelago, 2013

Having graduated from NYSS this spring, Henestrosa is acclimating to the space between academia and career. “In a way, the latest work that I’ve done still has to do with the idea of fragments, but in this case I think it’s more in an exquisite corpse kind of way,” he tells me. “But at the same time, it’s also more graphic, more illustrational—and also more literary. They have an allegorical something to them.” From the sound of it, Henestrosa’s interstitial moment is serving, perhaps reluctantly, as fuel for another direction in his paintings. “In many ways, I feel like my work for a long time has been about the structure of the image more than the content of the image, or having the content come from the structure,” he says. “These last paintings are more in the opposite direction: the unease that I’ve had [is] the engine, rather than the residue or the result of finding an exciting way to build an image, tell a story, or both at the same time.”

More of Mariano Henestrosa’s work can be found on his website, http://marianohenestrosa.com. All images courtesy of the artist. All rights reserved.

Lauren E. Wool is a Ph.D. candidate in neuroscience, studying color vision and perception. She is also a photographer, examining Homo sapiens’ knack for the outré. She tweets about art, science, and their sometimes-interstice at @laurenewool. For more of her work, check out www.laurenwool.com. She lives in Brooklyn.